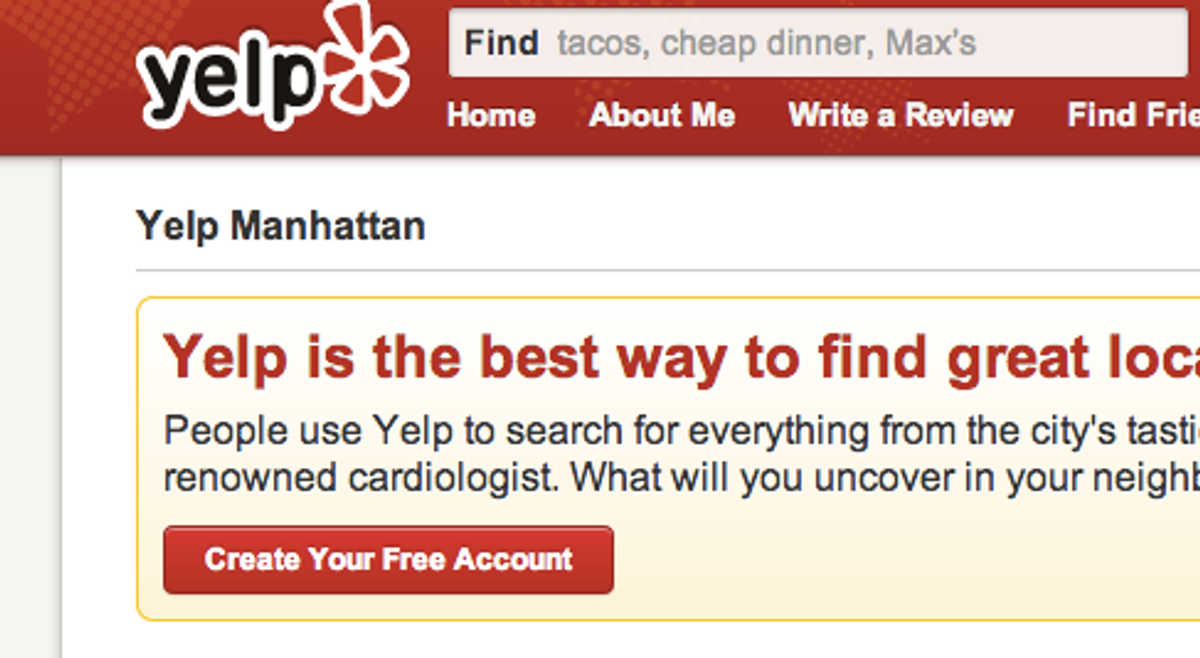 The American Legislative Exchange Council -- the D.C.-based consulting, lobbying group known and loathed for drafting conservative template legislation on behalf of big industry and pushing in around State Houses -- has drawn in some unlikely members.

Online giants Yelp, Facebook, Google and Microsoft all have representatives on ALEC's technology task force, the Daily Beast reported Friday. Via the Beast:

At an ALEC meeting in Chicago last week, Yelp’s director of public policy, Luther Lowe, delivered a presentation to ALEC’s civil justice task force urging the group to consider adopting model legislation on strategic lawsuits against public participation, or SLAPPs. If approved, the anti-SLAPP policy would have to be ratified by ALEC’s communications and technology task force, which includes representatives from Google, Facebook, Microsoft, and Yahoo.

The tech giants are reportedly seeking help from ALEC to draw up model anti-SLAPP legislation:

A SLAPP lawsuit like the one in Yelp’s presentation is brought, usually under defamation law, to intimidate a party making a statement. Rarely does the lawsuit have the legal grounds to succeed on its own merits, but it is used to make standing by a statement too difficult and expensive for a respondent. It has become a particular issue for online review websites.

As the Beast points out, although rare, this is not the first instance of ALEC working with traditionally liberal organizations -- especially on issues like privacy which span the liberal/conservative libertarian divide:

John Stephenson, who runs the task force on communications and technology... cit[ed] ALEC’s work with the ACLU on issues such as data privacy and limiting the ability of police to search mobile devices.