Electric roads to the Hyperloop: Our Jetsons future starts now

As we geek out over the Hyperloop, a South Korean city launches something amazing: A road that can charge vehicles 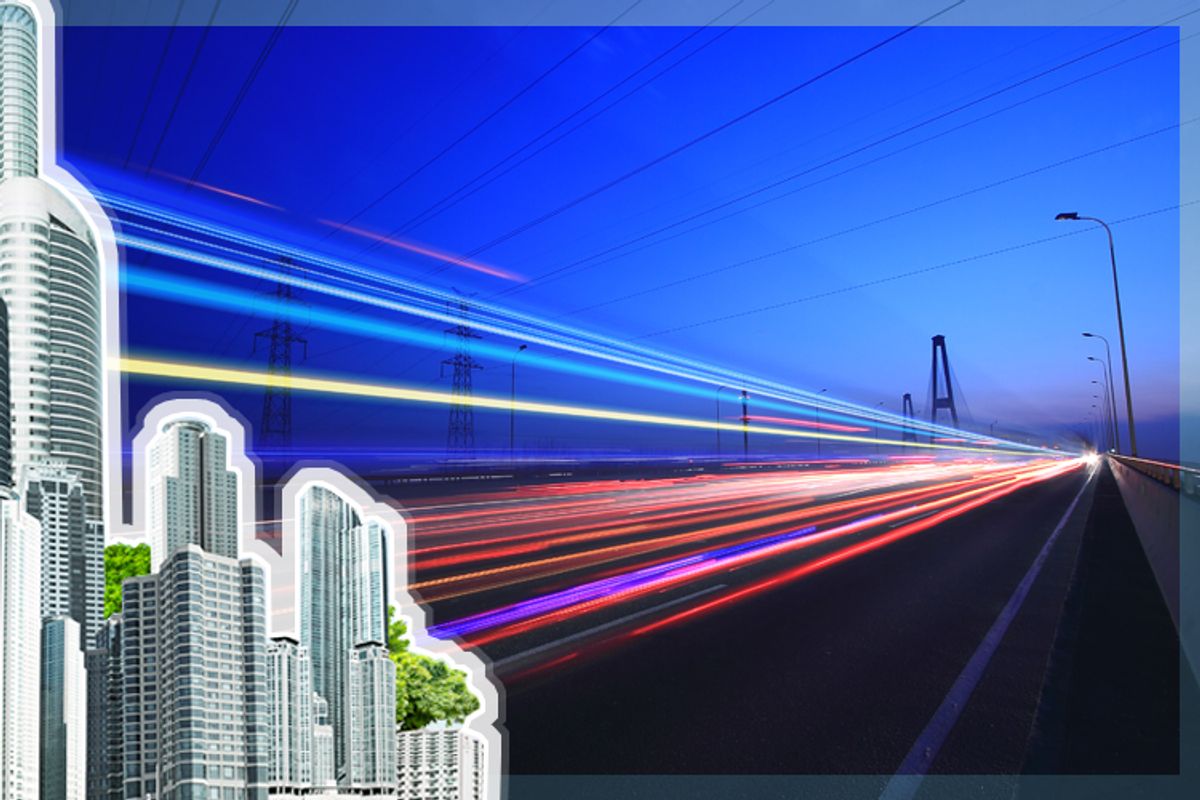 This was the rare week when an innovative transportation scheme captivated America's imagination. After months of expectation, on Monday Tesla CEO Elon Musk unveiled the Hyperloop, a giant vacuum tube designed to whisk passengers between Los Angeles and San Francisco at nearly 800 miles per hour, completing a 520-mile journey in a mere 40 minutes. By now, attentive readers have experienced all the dizzying spins of the Hyperloop news cycle: anticipation, excitement, backlash, rebound.

Love it, hate it or just forget about it: the Hyperloop isn't even the most exciting transit technology of the month. (New York City had a pneumatic train back in 1870, after all.)

No, that distinction goes to a road in the South Korean city of Gumi. While Musk and company were dotting their i's and crossing their t's in the 57-page Hyperloop proposal, Gumi (population 375,000) transformed a common section of road into something extraordinary: a wireless charging strip for electric vehicles. They may have reinvented the road.

On the 15-mile round-trip to and from the train station, Gumi’s electric buses are charged by electromagnetic fields generated by cables in the roadway. It's a groundbreaking step for what engineers at nearby Korea Advanced Institute for Science and Technology (KAIST) call Online Electric Vehicles (OLEV), automobiles that recharge on the go.

This may sound as far-fetched as Musk’s science fair project, but it has been a long time coming: engineers from Utah to Utrecht have been closing in on efficient inductive charging for vehicles for more than a decade. Since 2010, KAIST has installed electric roads on the university's two campuses and in the Seoul Grand Park. The Canadian company Bombardier developed a similar system, called Primove, which has been tested on an 800-yard stretch of tram line in Augsburg. For more than a decade, Turin and Genoa have run electric buses that charge overnight and then “top off” at coils along their routes.

But Gumi's bus line is the first to charge while operating. Equally important, it is neither theory nor test. It's real city infrastructure.

As such, it marks a turning point for the concept. Few mayors want to make their city the guinea pig for an electric transit project straight out of science fiction. Once proven road-ready, though, wireless vehicle charging could unlock the potential of electric buses, replace clumsy streetcar power sources, and maybe even change our notion of what a road does.

The technology underlying the KAIST project is similar to what you'll find in your electric toothbrush. It's called Shaped Magnetic Field in Resonance  (SMFIR; last acronym, I promise), a type of inductive charging that is both unusually efficient and works even while the charging object is on the move. Cables installed in the roadway create an electromagnetic field; pick-ups installed under the floor of the bus, some 7 inches away, convert that energy into electricity at a transmission efficiency of 85 percent. Like a streetcar, the 136-horsepower bus does not contain an internal combustion engine, guaranteeing a quiet ride for passengers and clean air for passersby.

From a management perspective, the OLEV system has several advantages over electric vehicle charging stations. Because electric public buses run more or less constantly, they require frequent and prolonged access to power. (To give you an idea of the time constraints, it currently takes 5 hours to charge a Tesla Model S just halfway.) The electric road eliminates the downtime required for charging, allowing electric buses even more street activity than their gas-guzzling counterparts. OLEV also allows buses to carry a smaller, cheaper electric battery, since long-term power storage is no longer necessary.

The electrical plates can be designed and placed to suit the particularities of a bus’s journey. Shorter charge zones suffice at stops or termini, where the bus is stationary. On other stretches of road, engineers have installed strips over 150 feet long, which resemble London’s blue-painted bike lanes. Sensors inside the buses activate surface power as they approach, cutting down on energy waste. All in all, the electrically charged portions of the road comprise 5 to 15 percent of the route.

Gumi, which has roughly the population of New Orleans, plans to add 10 more OLEV buses to its fleet by the end of 2015. It’s easy to see the value of this concept to busy bus systems. Bus rapid transit networks like Bogota's TransMilenio and Istanbul's Metrobus, with their exclusive lanes and densely packed traffic, could make optimal use of roadway charging. Streetcar companies searching for a reliable, unobtrusive source of power will also be interested.

Electric roads have emerged more or less simultaneously in a handful of different places. Utah State University designed a wirelessly charging bus last year with 90 percent electric transfer efficiency, slated to debut sometime this summer with a federal grant of $2.7 million. Bombardier's Primove technology will be installed on a bus line in Mannheim next year with a $4.4 million grant from Germany's Federal Ministry of Transport. Both of those projects, while they lack the mobile charging of Gumi’s buses, will distribute sufficient power at stop points along the route to maintain constant service.

Those price tags look large compared to the cost of a few gallons of gasoline, but in Turin and Genoa, where the system is slightly less sophisticated, the trade-off from diesel to electric power had a payback period of less than four years, according to German energy company Conductix-Wampfler, which provides those cities’ inductive charging equipment.

The idea of charging vehicles on the road, as they drive or while they’re stopped, is a huge innovation for electric cars. But it also indicates a long-overdue shift in the way we think about roads. In the U.S., and indeed in most of the world, pure asphalt has been considered the road’s undisputed final form. Why stop there?

KAIST, Bombardier and the rest aren’t the only ones challenging the tyranny of simplistic road design. Dutch designer Daan Roosegaarde wants to paint lane markers in photoluminescent paint so that highways glow in the dark, with light-up snowflake signs activated by cold temperatures to warn drivers of ice. In Madrid, a company called Vía Inteligente has developed sidewalks that carry a wi-fi signal. The couple behind Solar Roadways unveiled their first prototype this spring, a parking lot built of solar panels in Sandpoint, Idaho.

You don’t even need an engineering degree to revise the road. According to a 2008 paper by researchers at Lawrence Berkeley National Laboratory and the California Energy Commission, one of the most effective ways to cool the planet would be to make roads brighter. The idea is simple: dark colors retain heat, light colors reflect it. Older asphalt highways – the ones that have turned gray-white – are two to three times more reflective than their fresher, inky-black counterparts.

In “Global Cooling: increasing world-wide urban albedos to offset CO2,” the authors calculate that roofs and pavements make up about 60 percent of urban surfaces (roofs 20-25 percent, pavements 40 percent). With a moderate increase in the reflectivity, or albedos, of roads and roofs in the world’s urban areas, we could induce “negative radiative forcing on the earth equivalent to offsetting about 44 Gt [gigatons] of CO2 emissions.” For comparison, the entire world’s CO2 emissions from fossil fuels in 2011 totaled 31.6 gigatons. Driving with sunglasses would be a small price to pay for more reflective cities.

In a century of rapid technological change, roads are the same as ever. It’s time we started asking: Why?