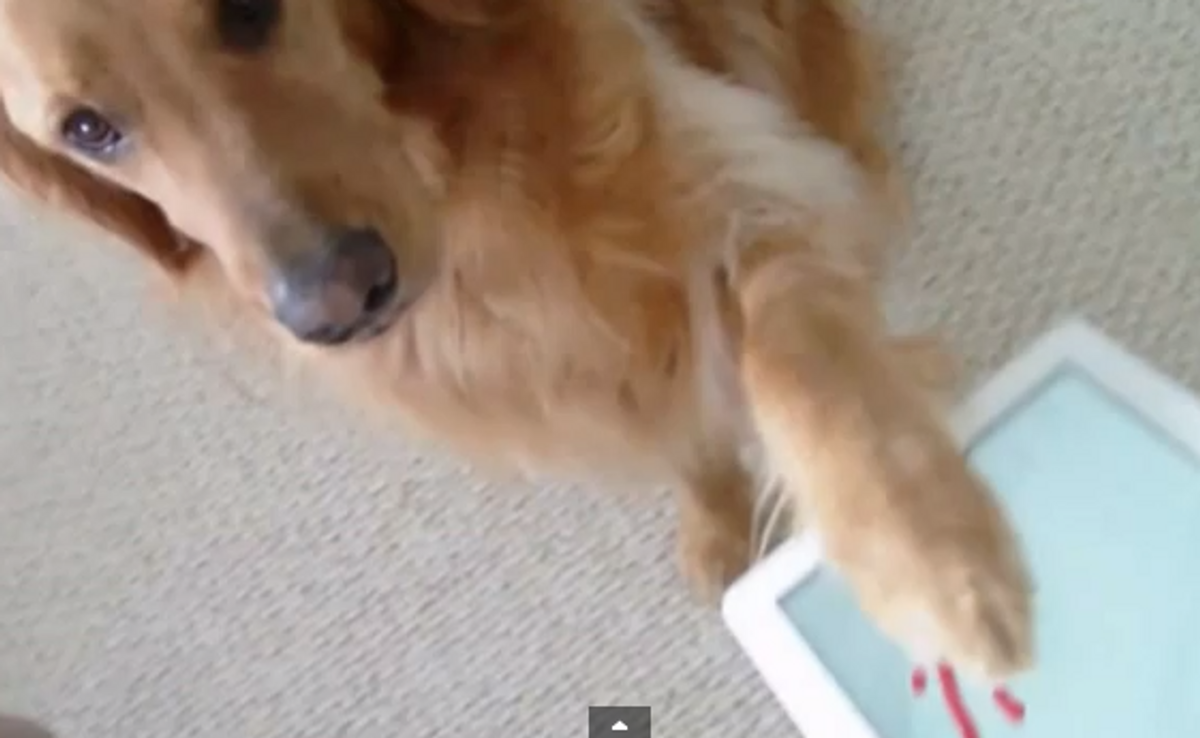 It’s difficult to remember now, but when Apple first unveiled the iPad, there was palpable disappointment about the range of the device: Customers expected a tablet with laptop capabilities, and instead they got an oversize iPhone that couldn’t take calls. That initial distaste fell away, however, as users began to pick up more apps—particularly the kind of games that placate small children.

Nowadays a new demographic has emerged for iPad app developers: animals. Yes, when the job of stimulating your household pet simply becomes too much, you can simply get them hooked on any number of games designed specifically to keep them busy (and away from whatever you’re doing that’s more important than loving your cat or dog first-hand).

Most of the apps for cats are no more complicated than making Whiskers chase a flashlight around the floor. They allow the feline user to bat at fake mice or other bouncing objects but never capture what they’re after—which the cat behaviorists, of course, don't like.

The dog apps, by comparison, are visually starker but still present virtual animals to track. What if your dog isn’t interested? In that case, you can actually pay someone to force Fido to adapt to the technology.

New York dog trainer Anna Jane Grossman, for example, offers a class for teaching your dog some rudimentary tasks on the iPad. You’d be shelling out $50 for a one-hour session of training based on a concept Grossman says was, in fact, based on a joke from a satirical post on the Awl. Here’s the pitch:

Do you love your dog? Do you love your touch-screen device or laptop? Combine your passions! This class will help you hone your training skills by teaching you how to teach your dog to "target" items and interact with your iPad, iPod Touch, iPhone, or laptop.

As the Wall Street Journal noted today, this sometimes involves smearing peanut butter on the iPad screen, which has to be pretty far up the list of ways to void your Apple warranty. And dogs are not always enthusiastic about their participation in these experiments. One poor Yorkshire terrier named Phoebe tried the app “Game for Dogs” and is “at the point now where when she sees the iPad she'll start freaking out. She must think there are animals in it."

To Grossman’s credit, teaching a dog to nose or paw at an iPad is about as ridiculous as teaching it to play dead or shake hands: These all fall under her category of “silly tricks” that provide focused energy release for the animal and additional behavioral control for the human. It’s just odd that we’ve begun to train our pets on iPads when our grandparents are still struggling to figure it out.