How Google flushes knowledge down the toilet 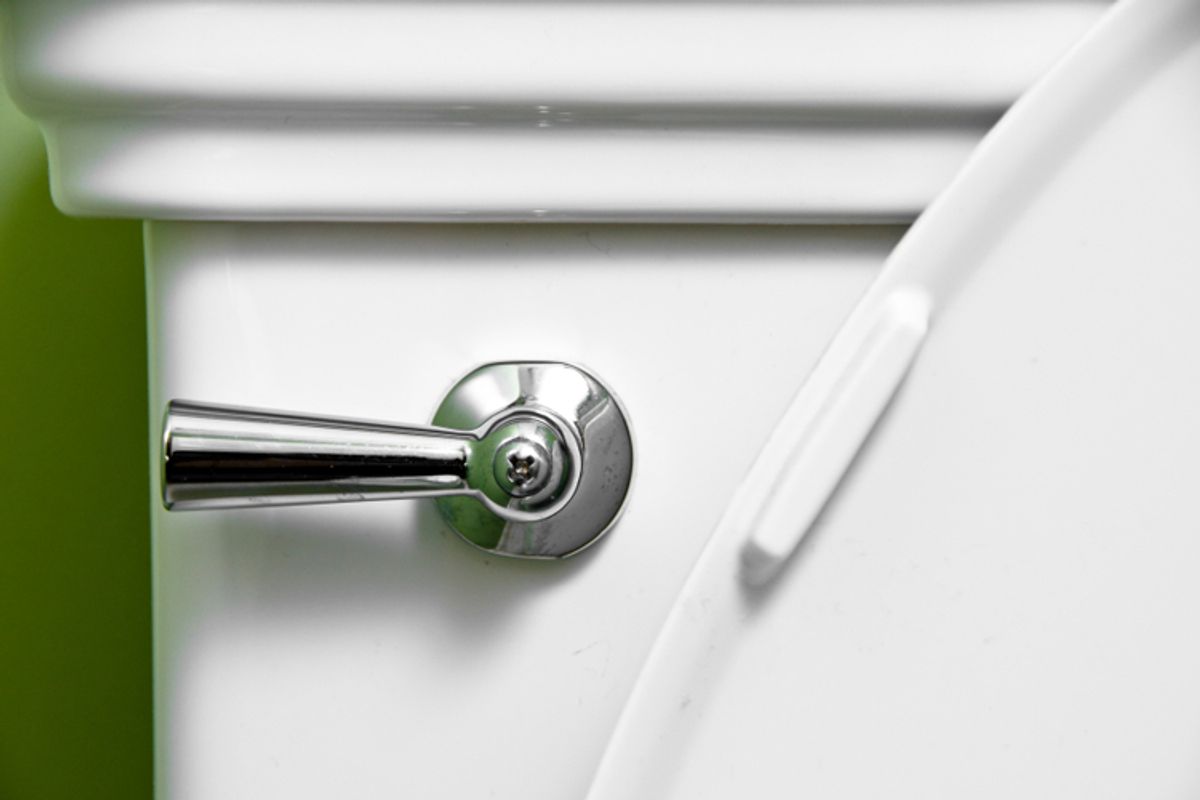 Quick – how much time will the average human spend on the toilet over the course of his/her life?

If you’ve never thought about this, maybe you just calculated a rough estimate – say, 10 minutes a day, which would give you something in the ballpark of 200 days over 80 years.

If you did what people generally do when they want to know something, you searched Google immediately and found an answer on the first link that came up. If you did neither, go ahead and Google it now. The article can wait.

On Google, you probably found the answer to be a number of years, most likely three. That's about 45 minutes a day – much higher than you'd probably estimate.

So who exactly is on the john for 45 minutes every day? Probably very few people, but you wouldn't know that from searching Google. The Internet isn’t a resource for all knowledge, no matter how much we like to think it is – and yet we increasingly rely on it to be just that.

In 2011, Harvard University released a study showing the constant presence of the Internet has essentially rewired our brains. It suggests that when we need to know something, rather than trying to work that information out based on our existing knowledge, we think immediately of how we can find it online: “We are becoming symbiotic with our computer tools, growing into interconnected systems that remember less by knowing information than by knowing where the information can be found.”

Readily available Web searches are ingrained into our first-world culture and education. For me, this began in grade school in the late '90s – I started using AskJeeves.com to do my homework instead of reading my textbooks, and never looked back. As a freelance copywriter and ghost blogger, not much has changed.

Recently one of my clients had me research “shit facts” for an info-graphic we were putting together for a septic company. I’d heard we spend some number of years over the course of our lives on toilets, so I Googled it. As I do with most of my research, I looked over the first search response, found what seemed like a believable answer, and moved on.

As I continued my “shit” research, however, I started noticing conflicting data. WikiAnswers.com, for instance, answers the question on separate threads as three years (here) and one to four years (here) and offers another page (here) stating we spend 15 minutes/day using “facilities” (which I had to calculate out to the lifetime figure of ~300 days). There’s also this guy’s blog (“The average person spends Three years of their life on the toilet. That is a FACT.”), OMG-Facts.com (1.5 years, based on a Scottish newspaper’s miscalculated figures), KGBAnswers.com and this blog (both one to four years), FunTrivia.com (three years and one year) -- and presumably many more.

And so it was that the next day – and some leftover lentils later – I employed myself as a research participant. Using my single sampling of data, I came up with a total well under a year. While I have no large-scale survey data to back this claim, I’d say three years seems wildly unrealistic.

What makes this so problematic is the way search engines work. Google doesn’t inherently “know” what a search query is; it uses an algorithm to link the characters you typed to the websites people actually spent time on after searching for similar terms.

Internet marketers have exploited this into an industry called search engine optimization, the fundamental point of which is to link businesses to search queries that are pertinent to those businesses’ Web pages (for example, BestBuy.com and Amazon.com come up when searching “best laptops”).

This all reaches beyond just Google search rankings. SEO/content management supergiant HubSpot reported that as of April 2013 it had already seen a 9 percent increase in blogging/social media investment from 2012. If you monetize your website in some way, it’s advantageous to populate your site and social pages with loads of content that’s relevant to your market, then advertise it. Thanks to the digital ad industry – netting over $104 billion in 2012 (Emarketer) – and the affiliate marketing industry – projected to net $4 billion by 2014 (Forrester Research) – website owners can make more money from their websites and social media pages the more people visit them, even if they’re not directly selling anything (nearly all the sites I found data on have sponsored ads).

Websites with their own goods and services to sell bring in writers like me to churn out Web content and social posts based on what their visitors are probably interested in (for example, “shit facts” for a septic company) to keep traffic flowing, which then increases their online visibility. If a retail-oriented website runs a blog and social media page, there’s a good chance they only care about those platforms to the extent that they get people to buy their stuff.

Thus we find writers frantically writing posts, blogs, press releases and website content and gathering data on industries they know nothing about through brief Google searches (which we almost never cite). That information then begins populating the search results of Google, Bing and other search engines, making it seem more reliable as it spreads further.

Couple all this with sites like ChaCha, where “experts” are paid to provide answers, and you have an entire information-sharing sub-industry revolving around rapid propagation rather than quality. It doesn’t matter if you’re right, it matters that you got people to visit a page, and if something looks true, that’s probably good enough for the visitor. Last June, Farhad Manjoo reported on Slate.com that most Internet users only scroll about halfway through a Web page before leaving it – we find what we need and move on, likely never questioning what little we just skimmed over.

The real answer to the question that started all this is that it may be impossible to answer such a question. There are too many variables for this activity that gets no official, tested measurement, too many idiosyncrasies and cultural diets and populations without toilet access.

But this is about more than just poop habits. In my example, we have something people can easily provide their own estimate of, and yet few seem inclined to apply even that minute amount of thought. The informational ease of access that Google and the Internet provide have made information into something like a cheap commodity. Remember when teachers started worrying about students citing Wikipedia in essays? Now we have a flood of even less-moderated information that gets recycled by people and websites until it becomes ubiquitous. Like an infinite digital toilet, the Internet is playing host to its own form of redigested waste.

As much as those problems seem to stem from companies who want to boost their brands and don't care if they use misinformation to do it, we information-seekers have to take responsibility too. We have to learn to be accountable for the knowledge we obtain – which now, more than ever, is a knowledge of choice – and where we choose to obtain it from.

We’re used to getting the data we want when we want it, so now not knowing something makes us uneasy. We want our lives to be contextualized, to comprise the measurable, the quantifiable; we want facts to dispel that moment of unease; we want figures we can compare to our own habits and actions and assure ourselves we really are normal. And all that’s very normal too – we just need to learn to recognize the shit.

Bryce is a freelance writer and editor in New Mexico; his poetry, essays and fiction can be found widely online and in print. He writes regularly for Matador Network and his advertising blog, advertventures: http://advertventures.wordpress.com/.