The truth stings: Still no answers for collapsing bee colonies

The honeybee die-off crisis is jeopardizing America's food supply, yet we're still no closer to solving the problem 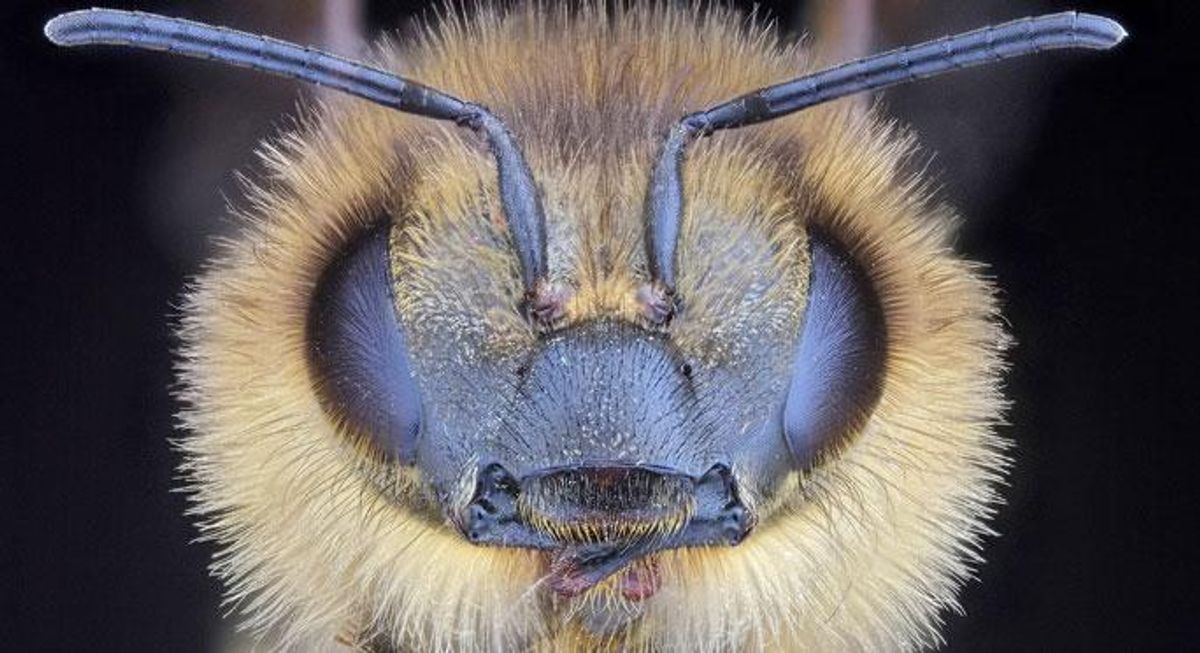 In 2006, long before I worked at this magazine, OnEarth contributing editor Sharon Levy visited a farm in California’s Sierra foothills and let honeybees swarm all over her body. Wearing the distinctive white coveralls and veiled helmet that serve as a beekeeper’s protective gear, she sat on a rural roadside embankment and, as she describes it, watched as a throng of bees alighted en masse on her arms and legs.

Levy’s discomfort was in the service of an important story. She was one of the first journalists to report on a mysterious global honeybee die-off that jeopardizes billions of dollars in agriculture, including much of the American food supply. Staple crops like apples, blueberries, peaches, almonds, and cucumbers are pollinated by commercial honeybee colonies that travel from field to field throughout growing season; without those bees, much of U.S. agriculture would falter and fail.

"You can thank the Apis mellifera, better known as the Western honeybee, for 1 in every 3 mouthfuls you'll eat today," writes Bryan Walsh in a new Time magazine cover story out this week, which updates Levy’s account with the latest findings about what’s causing bees to vanish. The scary thing is, in the seven years that separate the two reports, not much has changed. Just as Levy recounted in 2006, scientists still think that a combination of pesticides (especially a powerful new class called neonicotinoids), biological threats like the Varroa mite, and the increasing reliance of Big Ag on commodity crop monocultures are likely to blame.

This spring, the New York Times reported that at least 40 percent—and maybe half—of commercial bee hives succumbed to colony collapse disorder in 2012, marking the worst annual die-off since the condition first surfaced less than a decade ago. As Walsh’s story points out, the explosive growth in the use of neonicotinoid pesticides (or neonics), which target an insect's nervous system, has roughly tracked rising bee deaths. Over the past year, several studies, including a couple in the journal Science and three by the European Food Safety Authority, have provided new evidence that neonics are bad for bees. But despite the evidence, the U.S. Environmental Protection Agency has ignored calls (including those from the Natural Resources Defense Council, which publishes OnEarth) to take neonics off the market. So earlier this year, a coalition of beekeepers, environmental advocates, and consumer groups sued the EPA in an effort to stop their sale.

TIME’s story declares that humanity could pay a steep price if we don’t figure out what’s killing the honeybee—a conclusion that Levy also came to back in 2006. "In the long run," she wrote, "our own survival is deeply entwined with the lives of bees."

Like this article? Donate to NRDC to support nonprofit journalism & receive our quarterly magazine.

Scott Dodd is the editor of OnEarth.org and an adjunct professor at the Columbia University Graduate School of Journalism. He was a newspaper reporter for 12 years and has written for Scientific American, Slate, and other publications.