Antiabortion activist to clinic volunteers: It's your fault if someone shoots you 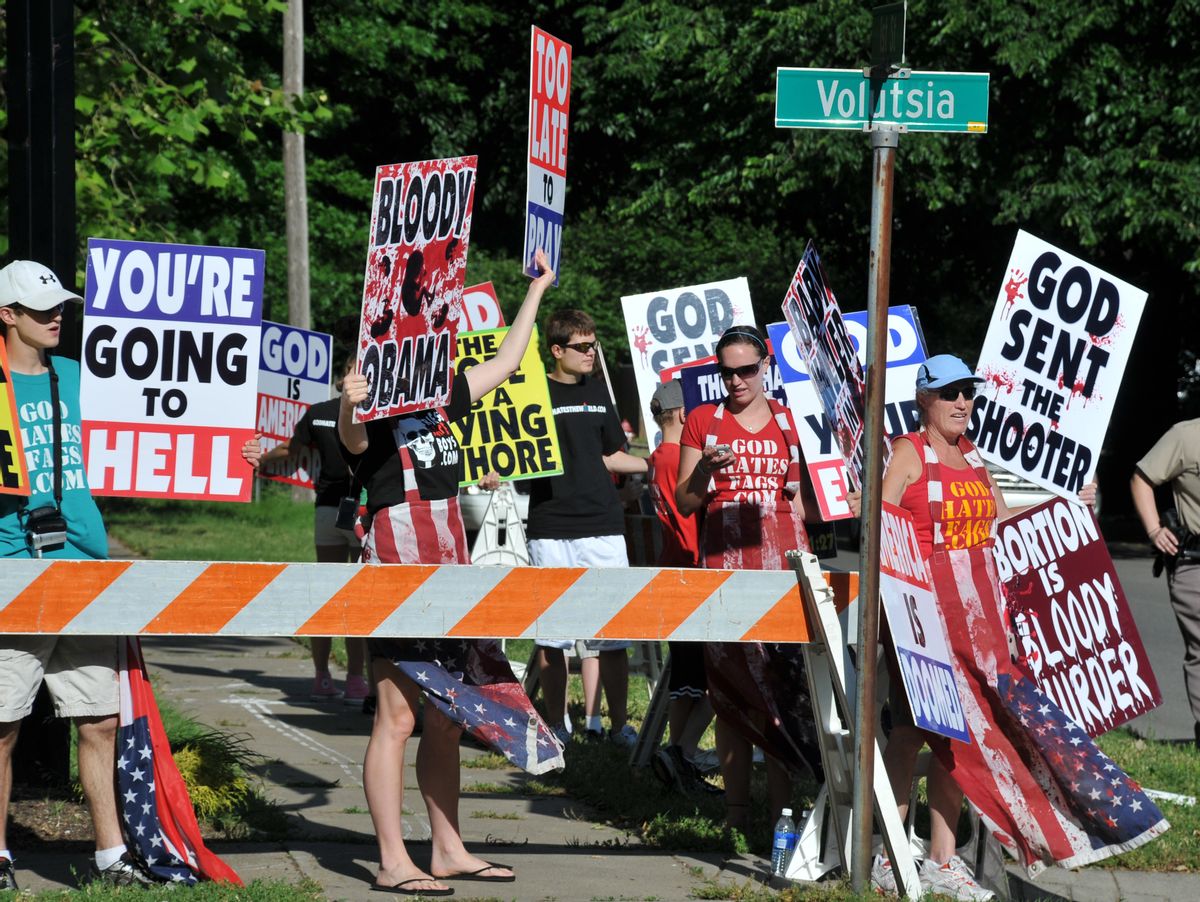 Mark Gietzen, chairman of the Kansas Coalition for Life, accused the South Wind Women's Center of trying to provoke a gun violence incident by allowing volunteers to escort women into the clinic (a common practice among clinics frequently targeted for harassment by anti-choice activists).

Yes, Gietzen thinks that if a deranged antiabortion activist shoots someone at an abortion clinic, it would be the clinic's fault.

He went on to say in an interview with the Huffington Post that if an angry family member who "doesn't want that abortion to happen" goes to the clinic "carrying a gun" then "somebody is going to get a bullet in their head."

And that would again be the clinic's fault, according to Gietzen.

Gietzen also accused Julie Burkhart, the founder and owner of the clinic, of trying to provoke such a violent and potentially deadly incident simply by doing her job and providing women abortion care: "I think she's trying to provoke an incident so she can say, 'Look, these pro-lifers did something,' and people from California and New York and these other places will give her money."

Gietzen's threats of violence are particularly chilling due to the fact that Burkhart spent years working alongside Dr. George Tiller, who was murdered by an anti-choice activists in 2009, and that the South Wind Women's Center is Tiller's clinic reopened under a new name.

In an interview with MSNBC's Irin Carmon, Gietzen doubled down on his threats against clinic staff and volunteers:

“Even a well-meaning dog will bite at some point in time if you keep antagonizing it,” Gietzen said.

Asked what he meant by that, Gietzen said, ”We have this concealed carry thing where half the people in Kansas are walking around with firearms.”

“The way this [clinic escort] acts, I’m afraid that someone’s going to shoot him,” Gietzen continued, referring to the escort. “He’s asking for it. I don’t want for that to happen … It’s not good for the cause.”

Gietzen refused to say whether he or his fellow protesters are armed. “That’s not a polite question to ask an individual,” Gietzen said. “That’s why it’s concealed.”