Do the best tomatoes come in cans? 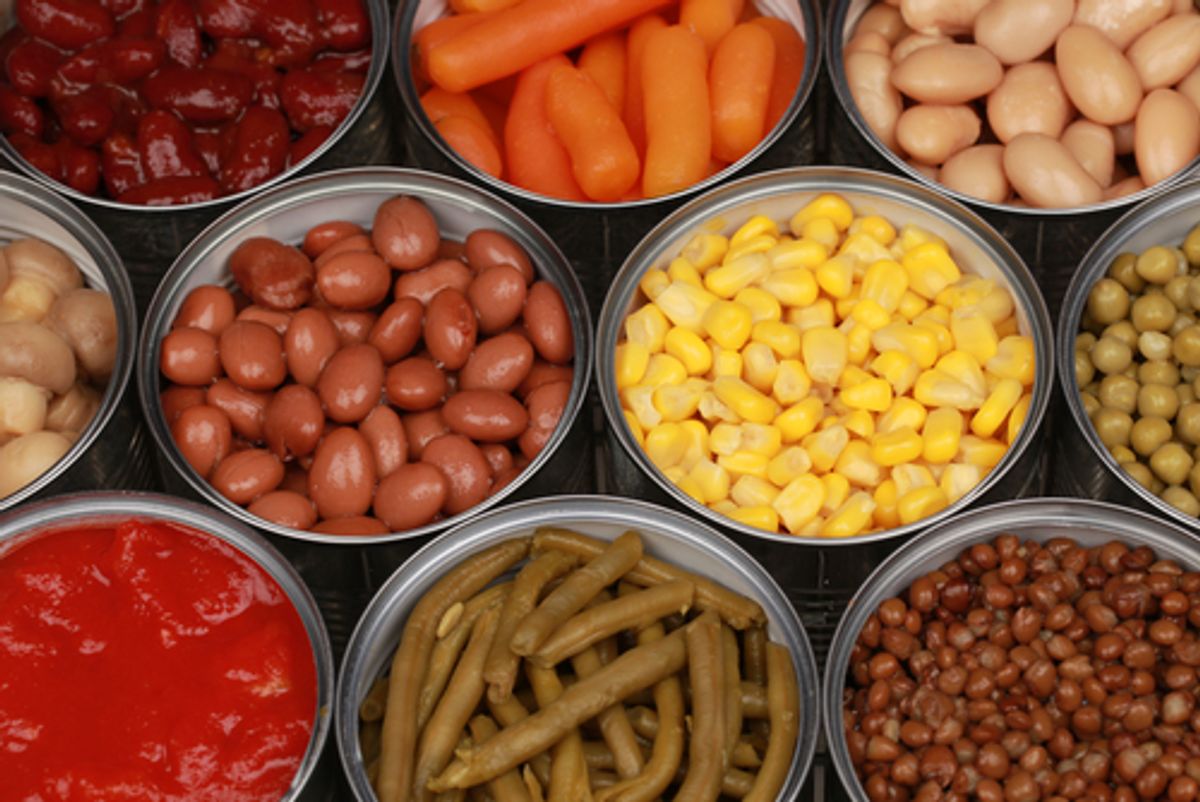 Just as not everybody can go out and catch their own fish, it's unrealistic to wish people could just grow their own tomatoes. Not everyone can access or afford the organic stuff peddled at farmers markets, either. But is some people's worst-case scenario -- the stuff you get, off a shelf, in a can -- really so bad?

In the New York Times this weekend, Mark Bittman wonders how cheap, mass-produced and yes, delicious, canned tomatoes are made possible. He goes into his investigation expecting the worst, because, he explains, when it comes to food production, we tend to assume "industrial" is a bad word. (Case in point: I had a lot of trouble finding a nice, enticing photo of canned tomatoes to accompany this post, but there were plenty of still lives of unlabeled mason jars, intended, I supposed, to evoke "artisanal" and by-hand operations.)

So Bittman visits a Big Farm in Sacramento Valley, featuring thousands of acres, 40 employees, a waste-reducing irrigation system and some very heavy machinery. Conditions are idyllic not in a returning to the garden sort of way, but rather in terms of pure industrial efficiency:

The tomatoes are bred to ripen simultaneously because there is just one harvest. They’re also blocky in shape, the better to move along conveyor belts. Hundreds of types of tomatoes are grown for processing, bred for acidity, disease resistance, use, sweetness, wall thickness, ripening date and so on. They’re not referred to by cuddly names like “Early Girl” but by number: “BQ 205.” I tasted two; they had a firm, pleasant texture and mild but real flavor, and were better than any tomatoes — even so-called heirlooms — sold in my supermarket.

What Bittman finds may subvert expectations; he's not really arguing that this is a better alternative to small-scale, organic farms. Instead, he points out that the industrial innovation that makes this kind of large-scale production possible is a sign of progress:

Fifty years ago, tomatoes were picked by hand, backbreaking piecework that involved filling and lugging 50-pound boxes. Workers had few rights and suffered much abuse, as did the land: irrigation and fertilizer use were more wasteful, and chemicals were applied liberally and by the calendar, not sparingly by need.

For the most part, Bittman concludes that the processes and products he observes, both at this farm and at an industrial cannery that supplies many of the major supermarket chains, are "healthy, fair, green and affordable." He doesn't meet any Old MacDonalds, but he doesn't uncover anything resembling indentured servitude, either.

Yes, there's plenty of room for improvement. Higher prices, Bittman concludes, would allow for these places to come closer to fulfilling his four requirements. When you buy organic, you're purchasing a promise, and can generally be assured that you're supporting a sustainable system. But it's hard to argue against cheap, delicious, "close-to-natural" food -- even if that means our tomatoes come without nicknames.