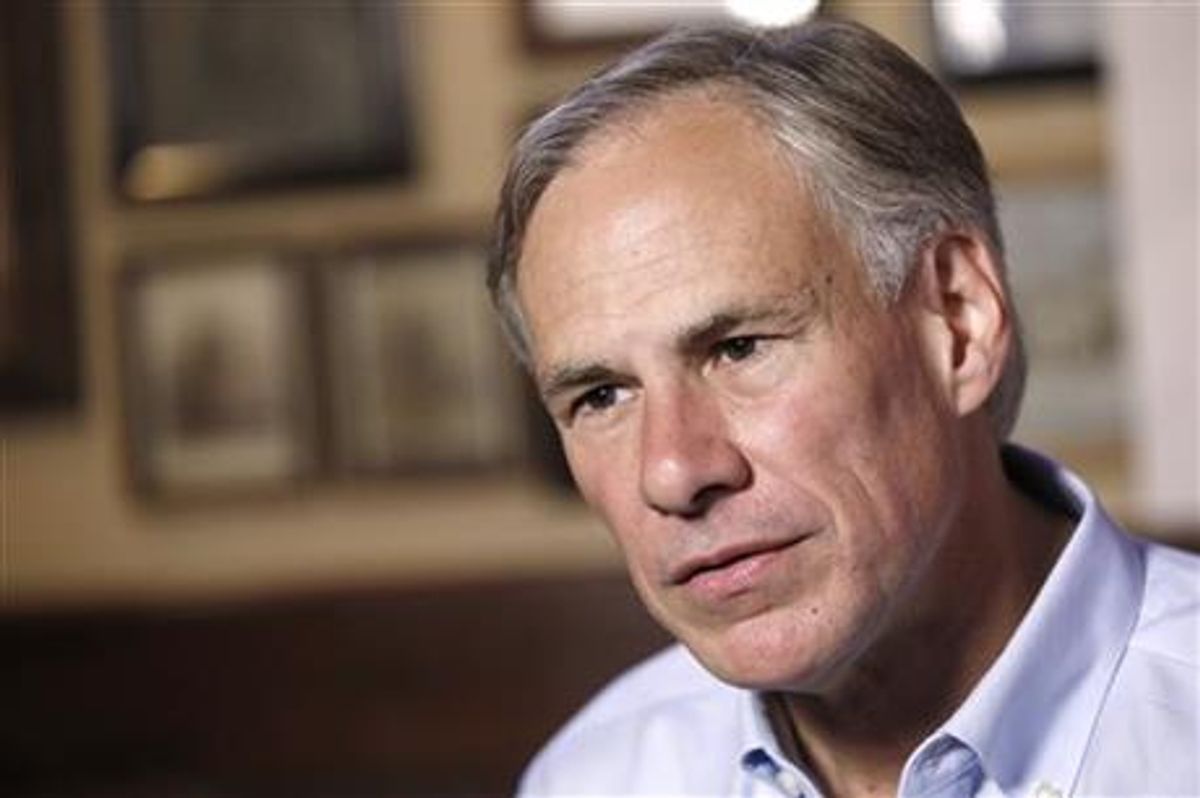 Texas attorney general and Republican gubernatorial candidate Greg Abbott this weekend tweeted his appreciation to a supporter who said Abbott would "absolutely demolish" Wendy Davis -- who he referred to as "retard Barbie" -- in the governor's race.

The exchange quickly caught the attention of state Democrats, who promptly condemned it. "That Greg Abbott would thank a supporter for calling Senator Wendy Davis a ‘retard Barbie’ is absolutely disgusting and disturbing. This is what Republicans think about women -- that a Harvard law school graduate, state Senator, and a long time fighter for Texas families deserves such inappropriate slander. Greg Abbott endorses such disrespect," said Texas Democratic Party Chairman Gilberto Hinojosa.

Abbott responded to the criticism by not apologizing for anything: