Immigration reform just got punched in the gut 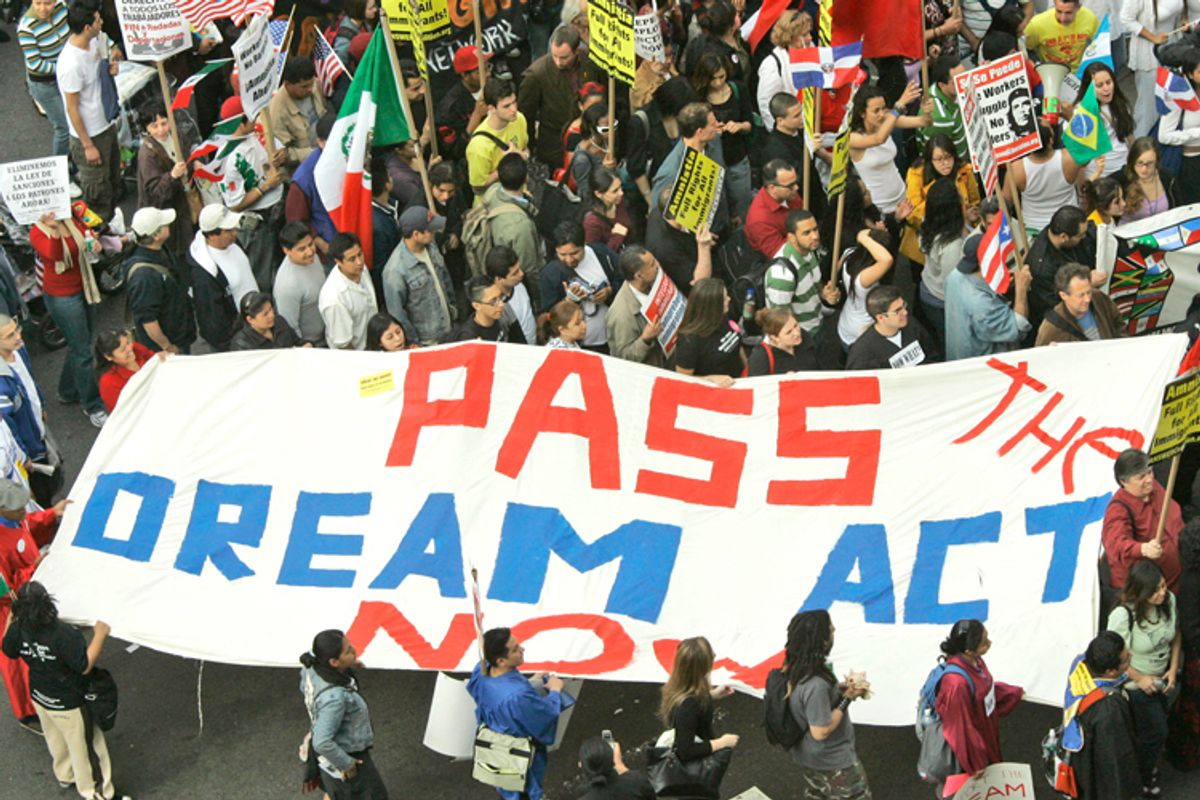 How likely is immigration reform to become law if the Republican with the most immediate power to shape the legislation opposes citizenship for current immigrants?

I'd say not very likely -- not without him and the contingent in the party he speaks for getting tossed under the bus.

"I would not give what I call a special pathway to citizenship to anyone who’s illegally in the United States," Rep. Bob Goodlatte, R-Va., chairman of the House Judiciary Committee, told conservative radio host Hugh Hewitt.

I would not give them a status that people, who have for generations followed the law –and sometimes it takes them a decade or more to comply with the law– to legally immigrate to the United States. The Senate bill gives immediate legal status, ah, to 11 million people and then it has a long pathway to citizenship, at least 10 years before they can even apply for their Green Card, but it allows them to do that even though they do not have a family member who is already a United States citizen or permanent resident, a spouse, a employer who can show that they can’t find a U.S. citizen to fill the job.

In my opinion if you, after you have the borders secure and these enforcement mechanisms in place. If you were to do something, I would start first of all with children who were brought here illegally by their parents. They’ve grown up here. They’ve been educated here. They are ready to face the world and they have no documents. I think there’s a more compelling argument to be made for them. But, even for them, I would say that they get a legal status in the United States and not a pathway to citizenship that is created especially for them. In other words, they get that legal status if they have an employer who says I’ve got a job which I can’t find a U.S. citizen and I want to petition for them, ah, they can do that, but I wouldn’t give them the pathway to a Green Card and ultimately citizenship based simply on their entering the country illegally.

Immigration reform advocates have been collecting recent statements by individual House Republicans to build a case that there's significant support in the Republican conference for legislation that will ultimately provide 11 million undocumented immigrants the opportunity to become citizens. But the members who've been filmed articulating support for eventual citizenship are by no coincidence exactly the members you'd expect to support a comprehensive bill like the Senate's immigration legislation: members with statewide or national ambition like Rep. Aaron Schock, R-Ill.; members with large numbers of Latino constituents like Reps. Joe Heck, R-Nev., and Daniel Webster, R-Fla.; members like Dave Reichert, R-Wash., who represent districts that would benefit from increasing the number of high-skilled immigrants allowed in the country (his district also has a substantial Latino population).

There have been no surprises. Goodlatte's opposition is also unsurprising, but it reflects the views of a significant number of his colleagues. And unless GOP leaders decide to roll him, the legalization measure Republicans might bring to the House floor later this year will foreclose on citizenship for current immigrants.