The battery-powered car says it received a 5-plus star U.S. crash safety rating 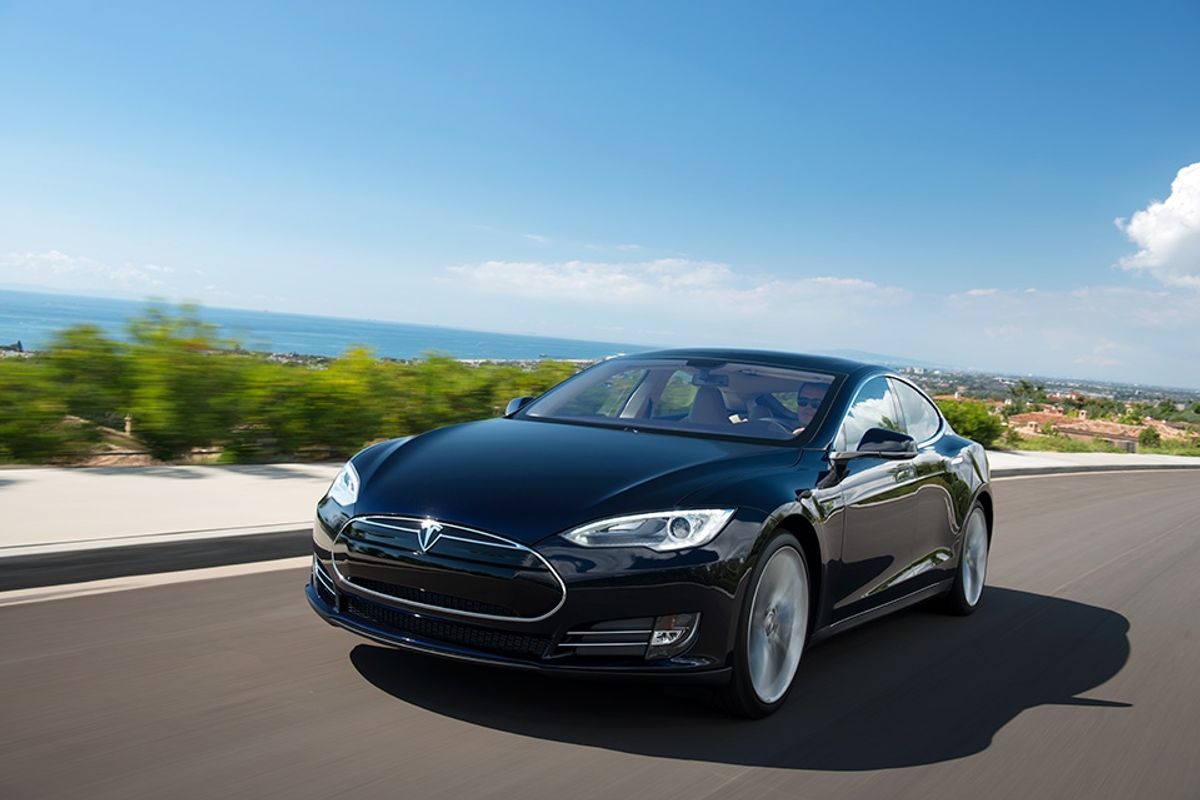 The Hyperloop may be little more than a figment of Tesla CEO Elon Musk's imagination, but his battery-powered Model S sedan is something approaching a real-life Batmobile. According to a company statement, the newly released car received a better-than-perfect score from the National Highway Traffic Safety Administration (NHTSA). So not only is it more sustainable than SUVs and minivans, but according to the report, it's safer, too. (It does, however, have a base price of about $70,000.)

The company says that NHTSA's independent testing awarded the Model S a 5-star rating in every possible subcategory. While grade inflation isn't officially allowed, it claims its overall Vehicle Safety Score actually adds up to 5.4 stars.

How is that even possible? According to Tesla, "the Model S has the advantage in the front of not having a large gasoline engine block, thus creating a much longer crumple zone to absorb a high speed impact." If the company is to be believed, the car's roof actually broke the machine meant to test how much pressure it could withstand.