A decade of severe weather, as witnessed from space

Watch a time-lapse of a satellite's 3,788 days spent recording Earth 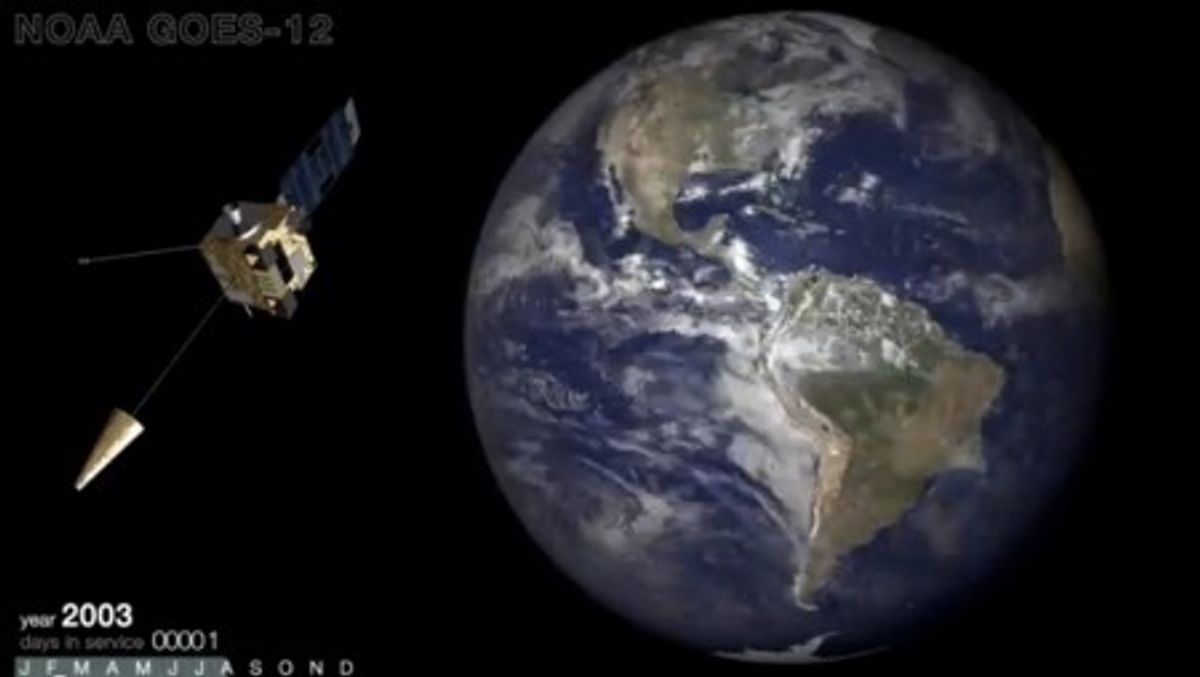 The National Oceanic and Atmospheric Administration's GOES-12 satellite has seen it all over its ten years in service, from the most active Atlantic hurricane season in recorded history, to the record-breaking blizzards of winter 2009, to Superstorm Sandy and countless other storms. The NOAA decommissioned the satellite earlier this week, and released this timelapse of the weather over North and South America: One image from each of its 3,788 days spent recording.

From this pulled-back, sped-up perspective, severe weather appears more or less a constant. It's impossible for the untrained eye to discern unusual patterns in the rapid movement of storm fronts and weather systems over the continents. Back on Earth, of course, it's another story -- one that's only expected to get worse.