Another Portuguese water dog? The Obamas should have made a different statement

Public shelters are full of maligned pit bulls, euthanized at very high rates. The Obamas could have changed that 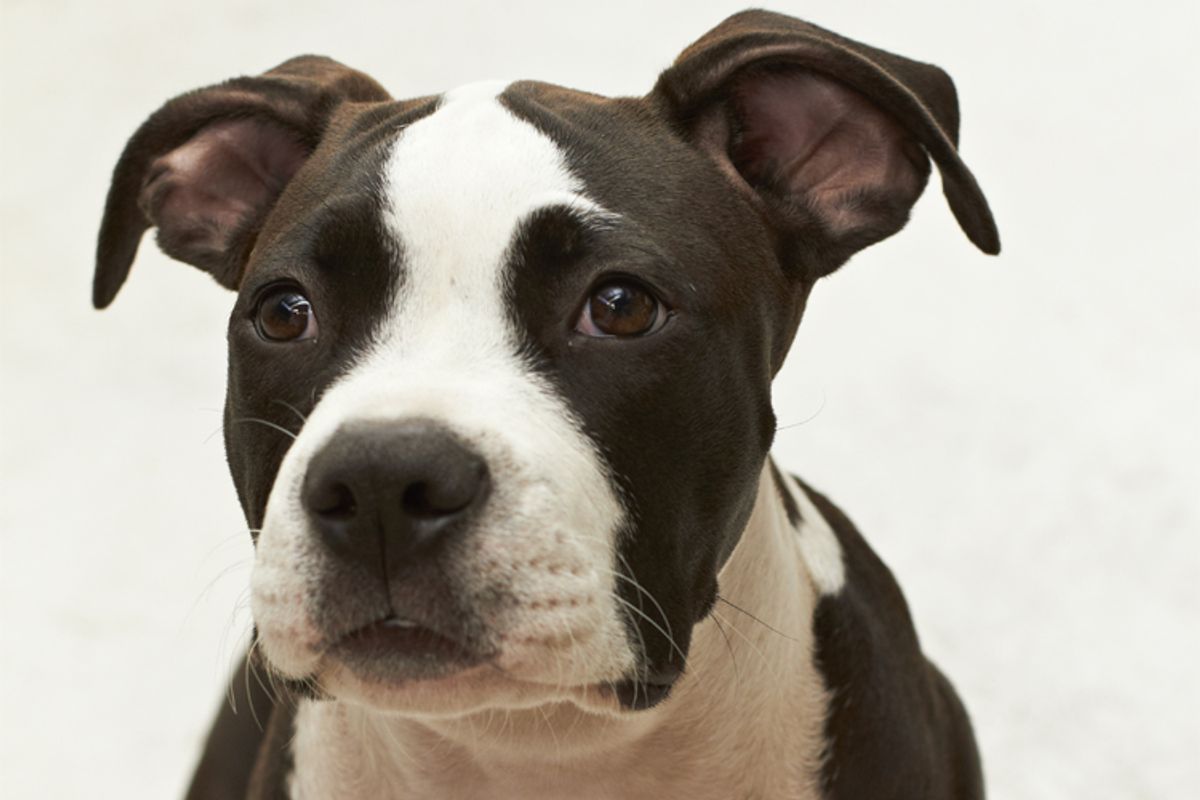 Bo Obama, America’s first dog, has a new playmate named Sunny and the first family is getting criticized for not adopting a mutt from the animal shelter. If the Obamas had gone to their local shelter, the Washington Humane Society, they wouldn’t have found a purebred Portuguese water dog. Instead, they might have come home with a pit bull -- and that would have been a good thing.

Private shelters -- not responsible for strays or, in many cases, owner surrenders -- can control the number of animals they take in. This allows them to focus on animal welfare, and other donor-friendly programs. Meanwhile, municipal shelters are left with the dirty work of animal control — enforcing laws, housing and returning strays, and, yes, euthanasia.

This public-private split is a microcosm of a larger society that not only accepts the privatization of former public services, but also creates two categories of individuals. In this case, pets that are charismatic and easily adoptable end up in private shelters. And the aged, injured, ill and undesirable animals who languish in publish shelters, and are most likely to be euthanized.

“We do kitties and pitties here,” explained Karen Sparapani, executive director of the Milwaukee Area Domestic Animal Control Commission — the urban, open-admission shelter in the city where I live.  Of the more than 12,000 dogs and cats they took in last year, a little less than half of them were euthanized, but among the euthanized dogs, 75 percent were pit bulls. According to the ASPCA, about 2.7 million animals get euthanized annually, which is down from about 20 million in 1970. Simultaneously, Americans have demonstrated our affection for animals by increasing the number of pets we own from 67 million in the 1970s, to 164 million now.

But not all animals have been equally well served. Although specific pit bull data is not tracked, MADACC’s experience is fairly typical of urban, open admission shelters.  Seventy-five percent of the dogs they take in are pit bulls that nobody wants.  Sixty-three percent of them will be euthanized, compared with 24 percent of non-pit bull types.

In a society divided by race and class, it’s not surprising that for white, suburban America, pit bulls serve as a metaphor for the urban, non-white, poor and male problems of which they are the most afraid. Because the dogs function as a proxy for the people with whom they’re most associated, they’re segregated into overburdened public shelters where they are euthanized at three to four times the rate of other types of dogs. Despite the evidence that pit bulls are not even technically a breed, cities and towns continue to try to ban them. It’s even permissible to publicly call for their torture; the sex columnist and NPR regular Dan Savage has criticized them in the Stranger under the blog title: “Pit bulls should be boiled alive like lobsters and fed to their idiot owners.”

Even the heartwarming stories about pit bulls are tinged with race and class issues. The pit bull redemption narrative, most popularly represented by Michael Vick’s pit bulls, have generated a best-selling book, attention in the New Yorker, and even a children’s book. These tellings assign wealthy white people the responsibility for saving pit bulls from their "neglectful" African-American owners.

I’ve got two pit bulls now whom I love because they’re keen enough to watch birds in the sky, but still let my young daughters use them as pillows. They are resilient, unpretentious and a little gritty, like my ancestors who left behind serfdom and civil unrest and emigrated to the toxic darkness of the steel mills, only to have to start all over again after the Depression and a World War. To me, pit bulls are as American as a striking coal miner.

When private shelters control their intake, says Sandy Dragotis of Downtown Dog Rescue in L.A., “then they’re not taking pit bulls. Why would you?” she added.  “What are you going to do with them?”  To save those pit bulls, Downtown Dog Rescue, with the support of the South Central L.A. shelter, ambushes dog owners when they enter by asking them what it would take for them to keep their dogs. Most of the time, Dragotis said, it’s “really simple things that can be taken care of with a small amount of money.”

Though quite different from South Central L.A., Milwaukee is a perennial denizen on lists of highest poverty rate, segregation, illiteracy and African-American unemployment.  It’s also, according to the Atlantic’s David Rohde, one of the first cities in America where there are fewer middle-class households than either poor or very wealthy ones. And this is reflected in the lives of Milwaukee’s pets.

Nobody tracks the correlation between poverty and animal surrenders. But again, Milwaukee’s experience is fairly typical.  (“I wish it were unique,” said Amanda Arrington of the Humane Society of the United States, a national nonprofit that is often criticized for its focus on provocative marketing efforts and its failure to provide direct care for animals.)

HSUS has studied the relationship between poverty and spay/neuter, though.  Its anti-poverty Pets for Life program grew out of its research on the Gulf Coast after Hurricane Katrina. There it found that the main reason spay/neuter rates are so low in high poverty areas is because people don’t have any relationship with animal care providers. Just like there are food deserts and healthcare deserts, there are animal care deserts, Arrington said.  Pets for Life builds relationships in those communities by going door to door, providing free and low-cost vaccinations, nail trimmings, spay and neuter certificates, and transportation.

In Milwaukee and elsewhere, the solution to the pit bull overpopulation might offer insights into how to approach problems like racial segregation and subsequent poverty. Pets offer great common ground, said Jill Kline, who directs the Pets for Life program at the Wisconsin Humane Society.  “Whoever they are, people love animals and love to talk about them. The more you get to know people, the more you know that they love their animals and they want the best for them.”

Perhaps the next redemption for America’s shelter cats and pits bulls will be one that reminds their human caregivers not of their fears and their differences, but of their common humanity. If the Obamas had asked me what kind of dog they should get, I would have told them to leave the purebreds to the aristocracy. If you want to show the country what resilience is, go to the pound and get a pit bull.

Susan Nusser's most recent book is Kentucky Derby Dreams. She teaches writing at Carroll University and lives in Milwaukee with her husband, two daughters, two cats and two pit bulls.