Bulletpoof backpacks are kind of a scam 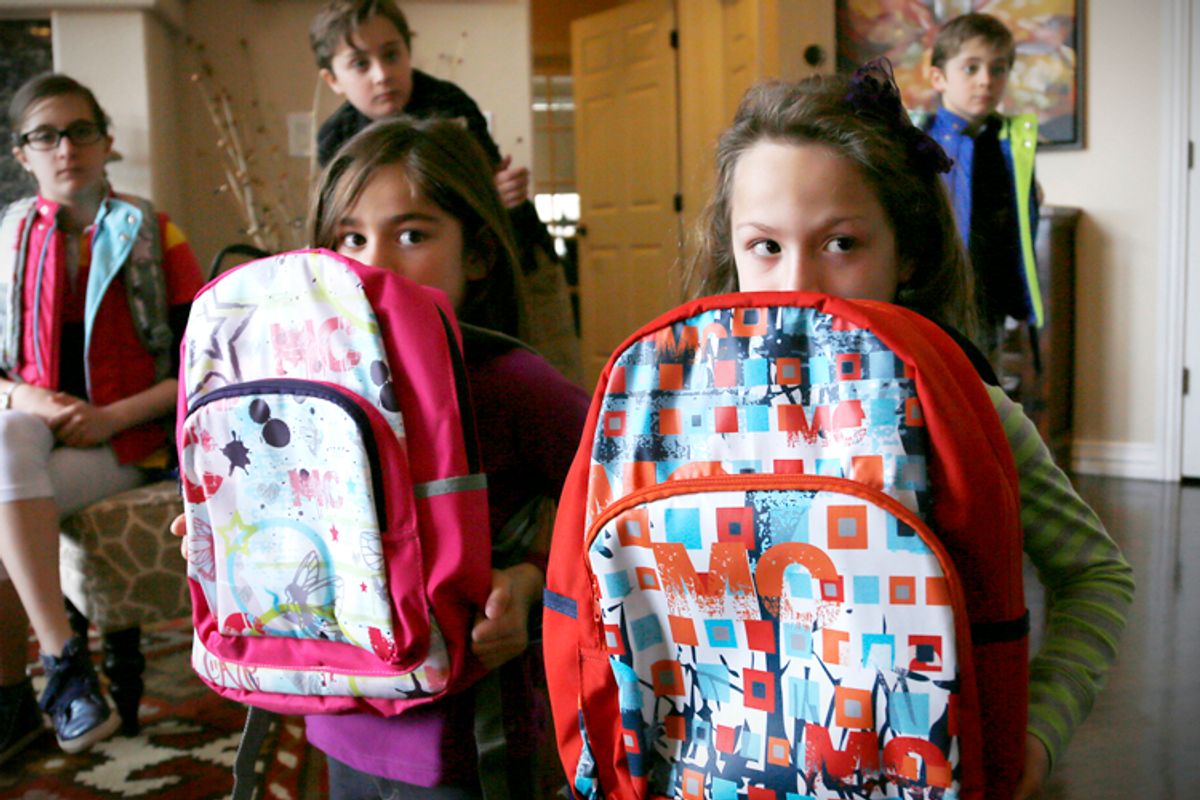 Since Virginia Tech and Sandy Hook and Columbine, a number of companies have started offering bullet resistant school supplies meant to be used as a shield in case of a shooting. The backpacks and whiteboards -- for several hundred dollars a pop -- are meant to give students a last line of defense, but experts say they do little more than provide a false sense of security.

Sales on these items always explode after shootings, with one company reporting that their volume tripled after the Newtown massacre last year. And sales are brisk now as back-t0-school shopping ramps up. "While you can not control when gun-related violence happens, you can choose to do something to improve your odds of survival," one company says on its website.

"Arm the teachers, in the meantime, bulletproof the kids!" another company that sells kid-friendly body armor declares.

These items sell for anywhere from $250 for a small whiteboard or backpack insert to $600 for a backpack integrated with body armor. But, perhaps not surprisingly, security experts say body armor for kids is "impractical at best, and a diversion from real life-saving resources at worst," reports NBC's Tracy Connor.

"It may be well-intended but it’s not well thought-out," said Ken Trump, a Cleveland-based school safety consultant and father of young kids. Kids often don't have their backpacks on hand (what happens if the shooting occurs during gym class?), he said, and they'd be difficult to use in practice.

Michael Dorn, the executive director of Safe Havens International, a non-profit that helps schools improve their safety procedures, added that the bulletproof backpacks are "not practical from a cost-benefit standpoint."

They've never been proven to be effective and are hugely expensive compared to tried-and-true techniques like improved training, drilling, and disaster planning, which cost essentially nothing. something as simple as locking the door to a classrooms can be more effective, even the bulletproof backpack vendors admit. "We could cut the death rate in half in our schools with things like good student supervision and better drill processes," Dorn says.

And if you want to spend serious money on safety -- one Maryland university is spending $60,000 on bulletproof whiteboards -- you're better off using that money to hire a school psychologist or a school police officer to look out for problem kids, Dorn said. And they have the added benefit of being useful the 99.99999 percent of the time there is no school shooting. But instead, there have been "draconian cuts to school security and emergency planning programs" over the past five years as state budgets have been slashed, Trump told NBC.

Then there's the question of whether someone could even successfully deploy a backpack shield in the heat of the moment and confusion of a gun battle. Just like trying to use your own gun to defend yourself in a shooting, it's nearly impossible to react in time.

ABC’s “20/20″ demonstrated this a few years ago with a clever experiment. They recruited a handful of college students, gave them guns (it shot paintballs), and then told them they would have to fend off a shooter later that day. Even with the advanced warning and the training, when a "gunman" burst in and started shooting, every single student failed to stop the shooted and ended up getting shot themselves . Some even had years of experience. Most didn't even get off a single shot. Some "shot" innocent bystanders.

It's not a stretch to think bulletproof backpacks might have the same problem. If a gunman bursts in, is a student going to have the wherewithal and time to find their backpack, grab it, and get behind it? Maybe. But maybe not. But perhaps it doesn't even matter, because what these companies are really selling is peace of mind. And $600 backpacks.