Dead dolphins might be trying to tell us something

"When our bottlenose dolphins are not healthy, it may very well indicate that our ecosystem is not healthy" 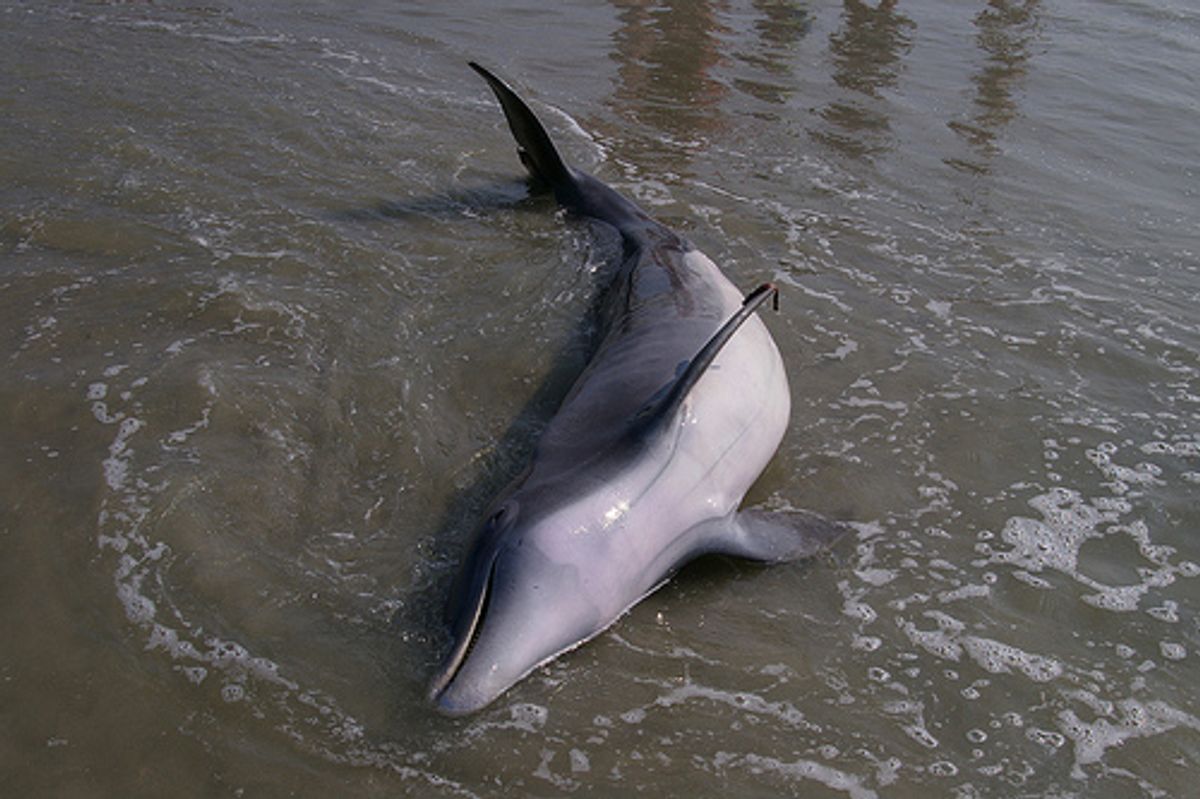 Up and down the East Coast, dolphins are dying at a rate seven times higher than usual. Right now, it seems likely that an infectious pathogen's to blame, Susan Barco, research coordinator for the Virginia Aquarium and Marine Science Center, told CNN. Pesticides and other environmental toxins could also be playing a role in the deaths, of which there have been 228 as of yesterday.

Classified by the NOAA as an Unusual Mortality Event, and the most worrying aspect isn't what's causing it, but rather what it might mean. Dying dolphins, according to Barco, are sending humans a warning: