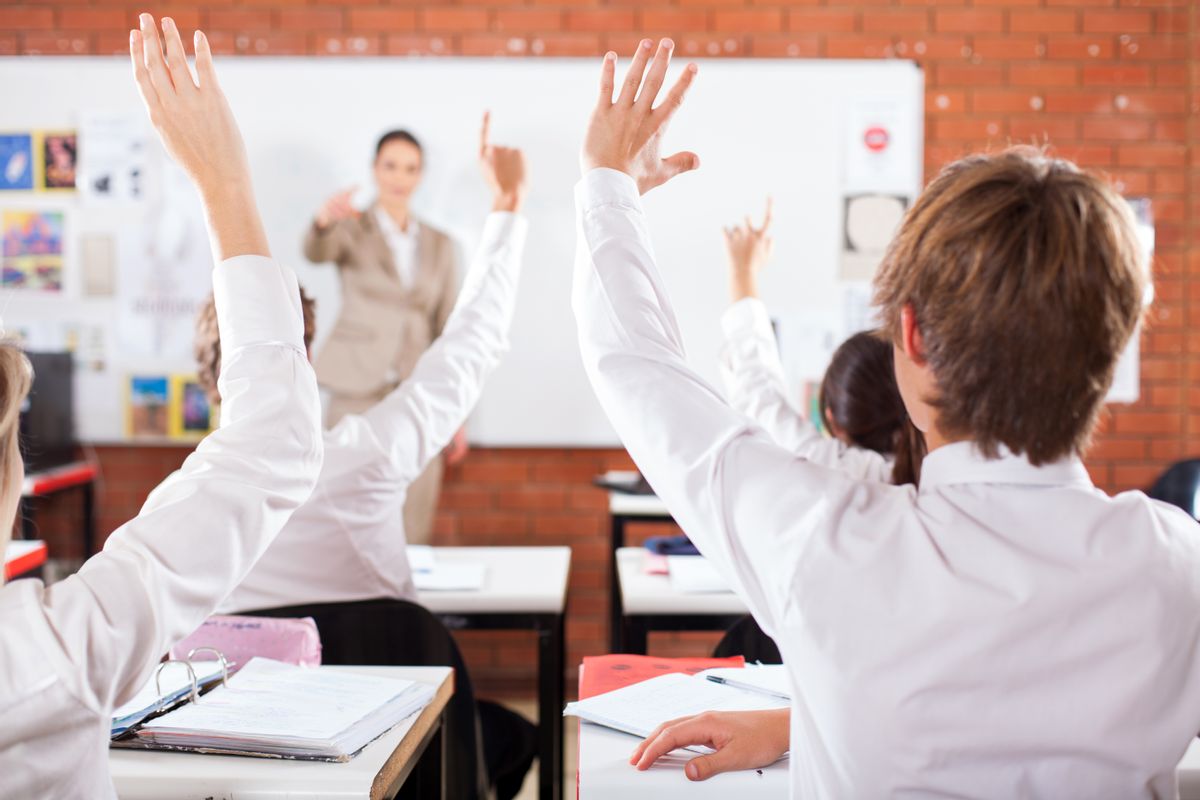 Public school teachers have taken a bashing, in part because of moves to tie student scores on standardized tests directly to teacher performance. Now, a new poll suggests that Americans' confidence is rising in their neighborhood schools and the people who run them.

Americans remain largely critical of the US education system as a whole, but parents, especially, are increasingly pleased with their neighborhood schools and more displeased with the rising use of standardized, multiple choice tests to evaluate, and potentially punish, teachers, a new Phi Delta Kappa/Gallup poll suggests.

To be sure, the poll findings show mixed sentiments among Americans toward public education in the US. For one, the public remains largely unaware of tectonic shifts in the education system, including the move by states to adopt the so-called Common Core standards that promote depth over breadth of knowledge about various topics.

Even as opposition to the new standards rises – in April, the Republican National Committee adopted a resolution rejecting them – just slightly more than one-third of Americans have ever heard of the Common Core, and only a fraction of those can describe the voluntary new standard in detail.

While the details of education policy may fly over the radar of most Americans, the poll does reflect at least a partial consensus that runs counter to long-running public school criticism that has made teachers, and teacher unions, the scapegoats of failing schools.

In the most dramatic shift in the annual poll, a majority of Americans – 58 percent – oppose using student standardized test results to explicitly score teacher performance. Last year, 52 percent in the same poll said they support using those kinds of tests to evaluate teachers.

Teacher unions have long said that focusing on standardized tests to judge schools and teachers is a political gambit aimed at vilifying poorer, struggling schools to corral support – and resources – for schools in middle-class communities, a scheme known in the education world as “educate the best, forget about the rest.”

The PDK/Gallup poll, analysts say, shows that Americans on the whole are becoming skeptical about the connection between teachers and failing schools, suggesting instead that schools need more resources to succeed. Seventy percent of respondents – the highest percentage ever recorded in the 45-year-old poll – oppose using taxpayer money to fund “vouchers” for private schools.

“Americans continue to identify lack of financial support as the biggest problem facing public schools, while increased testing and regulation emerged as other top concerns Americans have about schools,” Bill Bushaw, executive director of PDK International, said during a press call Tuesday.

But even as standards and teacher quality continue to be debated, the poll acknowledges that something has begun to work in the US education system, given that “the grade for community public schools is the highest-ever recorded,” the national Parent Teacher Association (PTA) writes in a prepared response to the poll.

At the same time, another poll of solely public school parents, this one by the Associated Press, shaded some of the PDK/Gallup poll findings, especially around teacher evaluations. In the AP poll, which used a different question set-up, 60 percent said student test scores should be included in teacher evaluations.

While there’s political hay to be made in the results of these kinds of polls, the surveys do, taken together, suggest a subtle but positive shift in attitudes between taxpaying parents and local school districts, some education analysts say. More Americans are supporting varied forms of instruction and school philosophies, with some 70 percent of respondents backing charter schools and 90 percent agreeing that public schools should provide services to homeschooled kids.

“This poll is an important lens into the mind-set of parents across the country,” says Chris Minnich, executive director of the Council of Chief State School Officers. Important among the findings, he says, is “the continued dissonance between how parents feel about their own schools, where 53 percent of parents would grade their own school an A or B, but where only 18 percent [would give schools in general a B grade or better]. The real challenge is to get people who feel their own schools are doing a great job to understand that we can all get better.”

•Sixty percent of Americans say teacher performance results should be printed in local newspapers, although higher percentages would like to see such results published for doctors and police officers.

•Forty-three percent of Americans strongly disagree that middle-school teachers and administrators should be armed, but a similar plurality (42 percent) believe schools should have guards and screening comparable to those of local courthouses.

•Fifty-five percent of Americans oppose providing free public education benefits to immigrant children who are in the United States illegally.