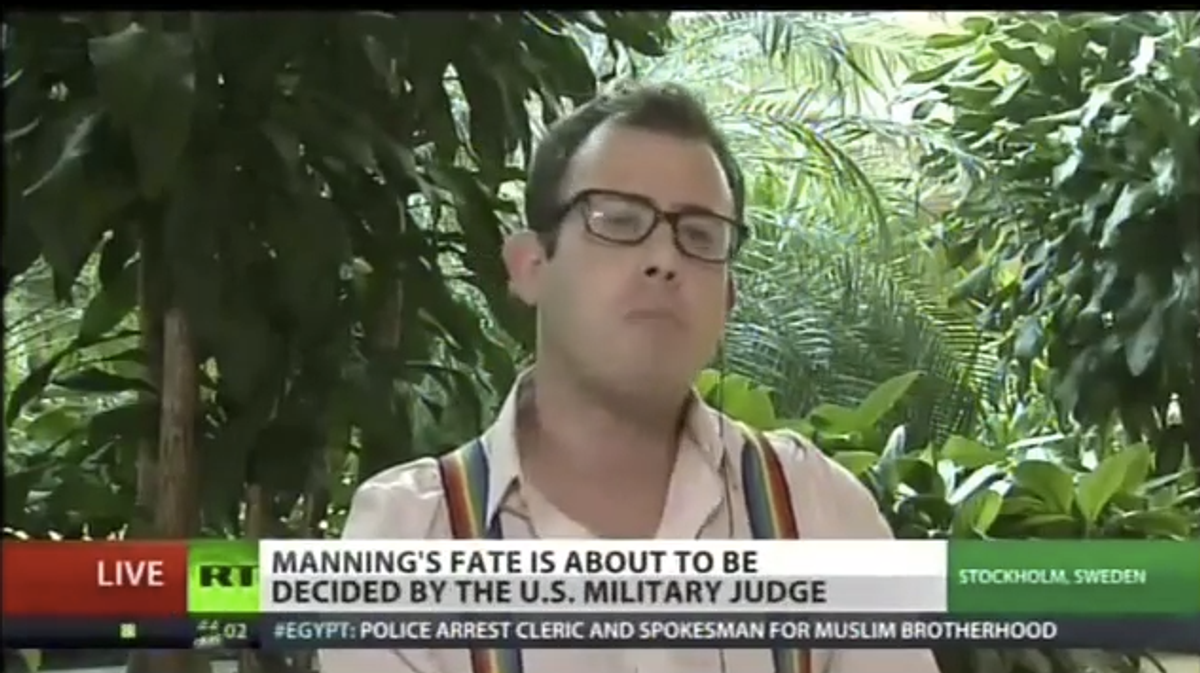 Though he was booked on a panel to discuss Bradley Manning, James Kirchick went utterly rogue during an appearance on Russian television, slamming the country's draconian new law that effectively criminalizes most forms of gay public expression and open support for gay rights.

"We're not going to be silent in the face of this horrific repression that is perpetuated by your pay masters, by Vladimir Putin," he added.