Resources are taxed as over 40 fires remain uncontained 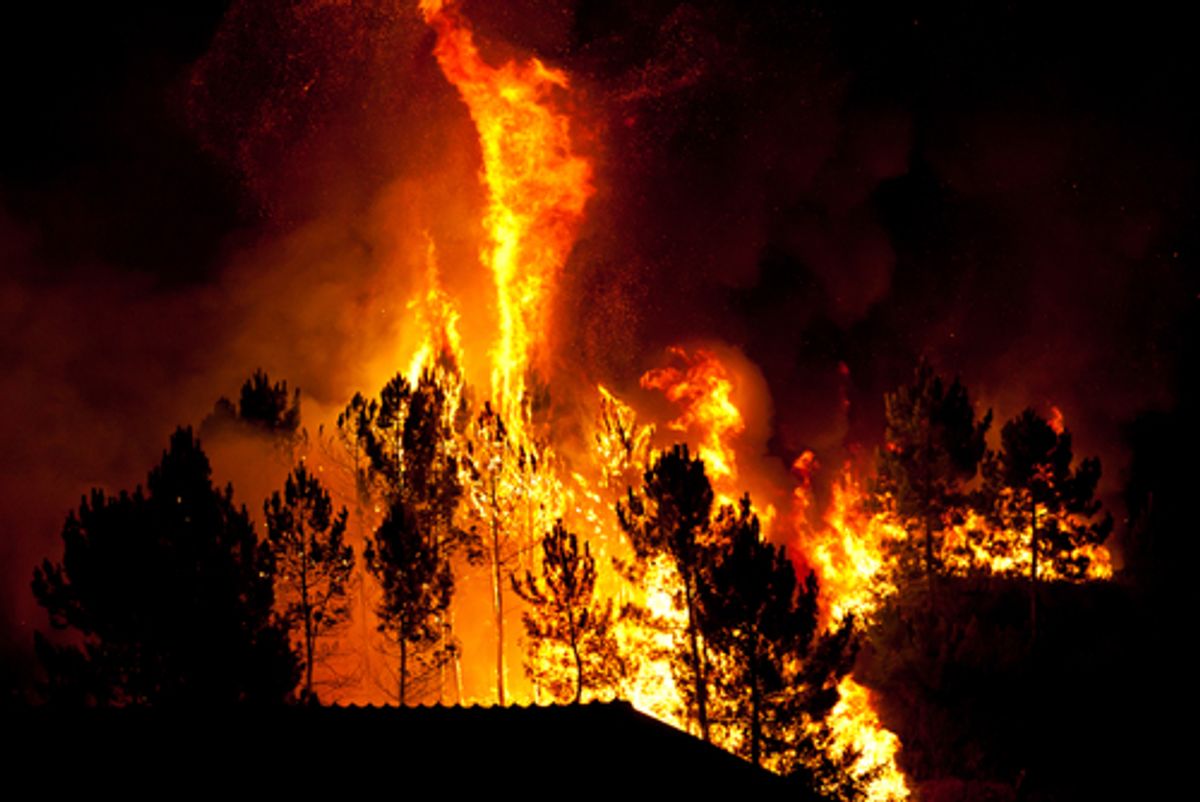 So far this summer, the Western United States has seen 33,000 wildfires burning over 5,300 square miles. Over 960 homes and 30 commercial buildings have been destroyed. Federal firefighting spending, nationally, has surpassed $1 billion. And 30 firefighters have died while on duty, surpassing the 10-year average of 17.

Right now, 48 wildfires in the region remain uncontained; they're being fought by about 17,800 people, the White House said yesterday. From the Associated Press:

The [National Interagency Fire Center in Boise] lists two central Idaho wildfires as the country's top priorities, helping provide crews and resources for the Beaver Creek Fire, which forced the evacuation of 1,250 homes in the resort area of Ketchum and Sun Valley and has cost nearly $12 million so far.
...
In California, a wildfire on the outskirts of Yosemite National Park threatened more than 2,000 structures and forced the evacuation of camps and remote rural homes. In three days, the fire has surged to more than 15 square miles and has destroyed two residences and five outbuildings, U.S. Forest Service spokesman Jerry Snyder said.

In Oregon, winds that draw windsurfers to the Columbia Gorge have doubled the size of a wildfire to 10 square miles. The Government Flat Fire has burned three homes and threatens dozens more on the northern flanks of Mount Hood, a fire spokesman said. About 50 homes have evacuated in the area of canyons 10 miles southwest of The Dalles.

According to experts, a shift in climate toward "hotter, drier and longer summers in the West," along with increased populations in wooded areas, is driving up both the number of fires and their level of destructiveness.