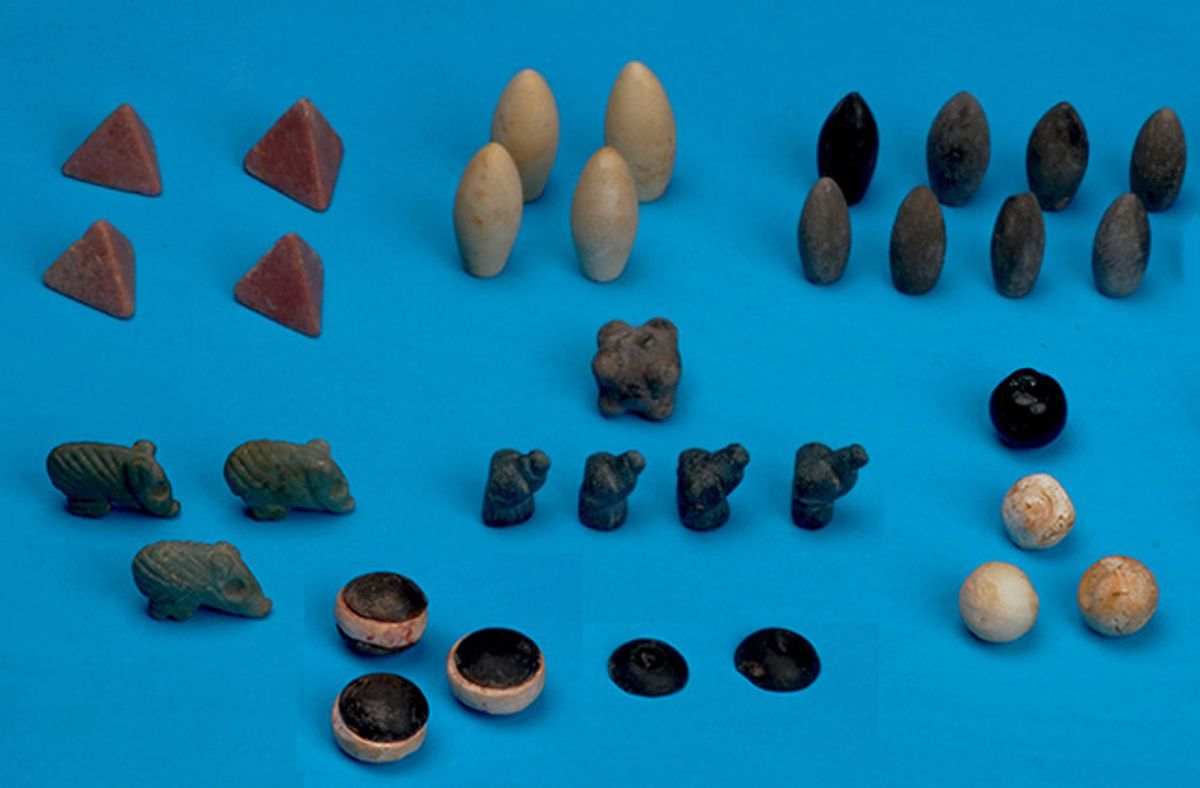 Some things are as old as civilization as we know it: agriculture, government, written language, a reverence for cats, and gaming. As further proof of that last one, Turkish archeologists have unearthed what they think are the oldest board game tokens ever found.

The archeological site of Başur Höyük (photo by Haluk Sağlamtimur, via Discovery News) (click to enlarge)

The 49 small stones come from a grave site at Başur Höyük, a mound in present-day southeast Turkey. Archeologists estimate the pieces to be from 3,100–2,900 BCE, making them roughly 5,000 years old, although Başur Höyük itself was likely inhabited as early as 7,000 BCE. The impressive tokens were sculpted by their creators into a series of shapes resembling pyramids, spheres, pigs, dogs, and bullets, among other things, and painted an array of colors. The stash also includes dice, three round pieces made of white shell and topped with black stone, and wooden sticks that are in much worse condition.

The archeologist responsible for the find, Haluk Sağlamtimur of Ege University in İzmir, Turkey, explained to Discovery News that similar stones had been found in mounds in Syria and Iraq,

” … but they were found as isolated, single objects, therefore they were believed to be counting stones. On the contrary, our gaming pieces were found all together in the same cluster. It’s a unique finding, a rather complete set of a chess like game. We are puzzling over its strategy.”

Sağlamtimur added that the game seems to be based on the number 4.

Board games have a very long history: Senet, generally considered the oldest board game in the world, dates to Predynastic Egypt (c. 3,100 BCE), while the Royal Game of Ur comes from Ancient Sumeria (c. 2,600 BCE). Evidence of other, relatively younger games has been found in ancient Chinese, Roman, and Ethiopian cultures, as well as among the Germanic and Celtic peoples in Northern Europe. It seems that as long as there’s civilization, there’s also free time (aka boredom), and people have always invented entertaining (and competitive) ways to pass it.