"I am Chelsea Manning. I am female"

"As I transition into this next phase of my life, I want everyone to know the real me," the whistle-blower said 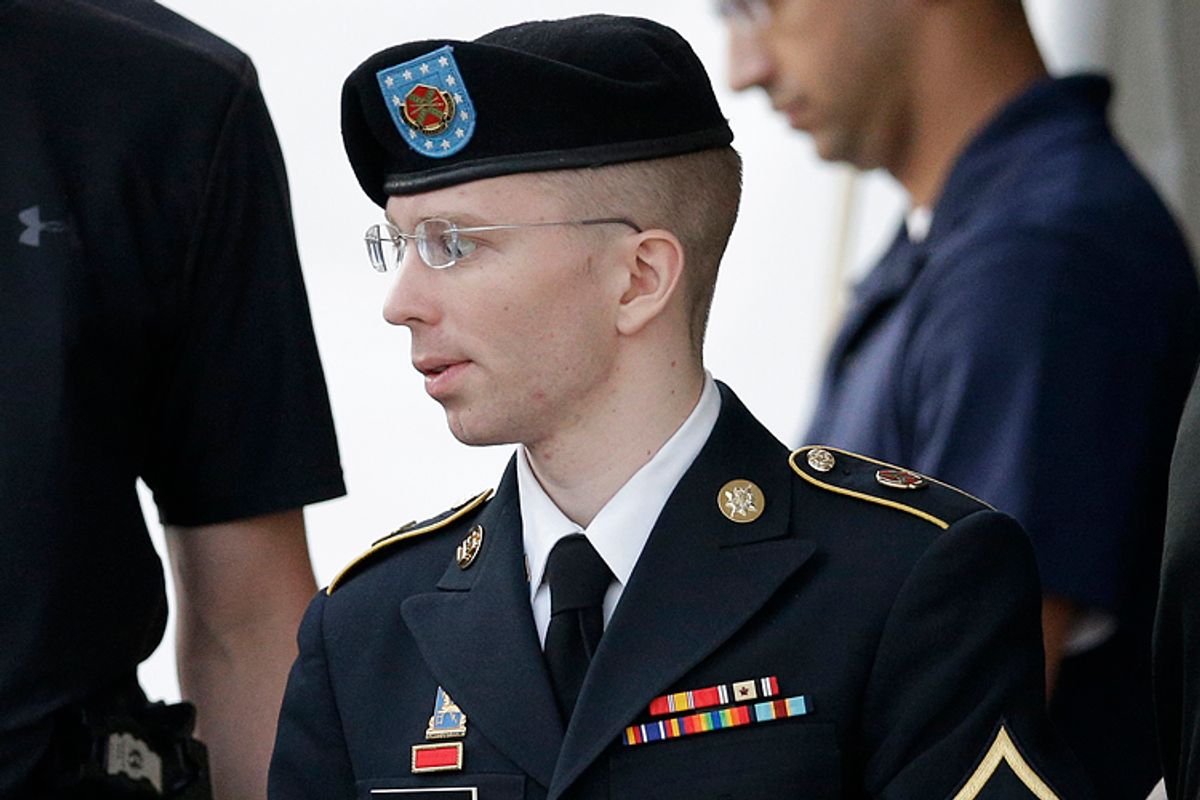 Chelsea Manning (formerly Bradley Manning), the whistle-blower sentenced to 35 years in military prison for leaking classified documents, announced Thursday she identifies as transgender and intends to transition from living as a man to living as a woman. (Manning has alluded to her gender identity before, though this is by far her most conclusive public statement.) In a statement released to the "Today" show, Manning requested that the public use the feminine pronoun when referring to her, and call her by her chosen name, Chelsea.

During her trial, Manning’s defense team suggested stress related to her gender identity may have been a factor in her decision to leak, though her attorneys maintained that Manning was primarily motivated by a "strong moral compass" and, in Manning's own words, a desire to "help people, not hurt people."

Manning came out as transgender in an April 2010 email to a former supervisor, but at the time referred to her gender identity as "my problem" and said she had hoped joining the Army would allow her to "get rid of it."

David Coombs, Manning's attorney, said Thursday that he hopes officials at Fort Leavenworth military prison will "do the right thing" and provide hormone therapy for Manning as she begins her transition. "If Fort Leavenworth does not, then I'm going to do everything in my power to make sure they are forced to do so," he added.

Subject: The Next Stage of My Life

I want to thank everybody who has supported me over the last three years. Throughout this long ordeal, your letters of support and encouragement have helped keep me strong. I am forever indebted to those who wrote to me, made a donation to my defense fund, or came to watch a portion of the trial. I would especially like to thank Courage to Resist and the Bradley Manning Support Network for their tireless efforts in raising awareness for my case and providing for my legal representation.

As I transition into this next phase of my life, I want everyone to know the real me. I am Chelsea Manning. I am a female. Given the way that I feel, and have felt since childhood, I want to begin hormone therapy as soon as possible. I hope that you will support me in this transition. I also request that, starting today, you refer to me by my new name and use the feminine pronoun (except in official mail to the confinement facility). I look forward to receiving letters from supporters and having the opportunity to write back.

And the "Today" show segment with Coombs: