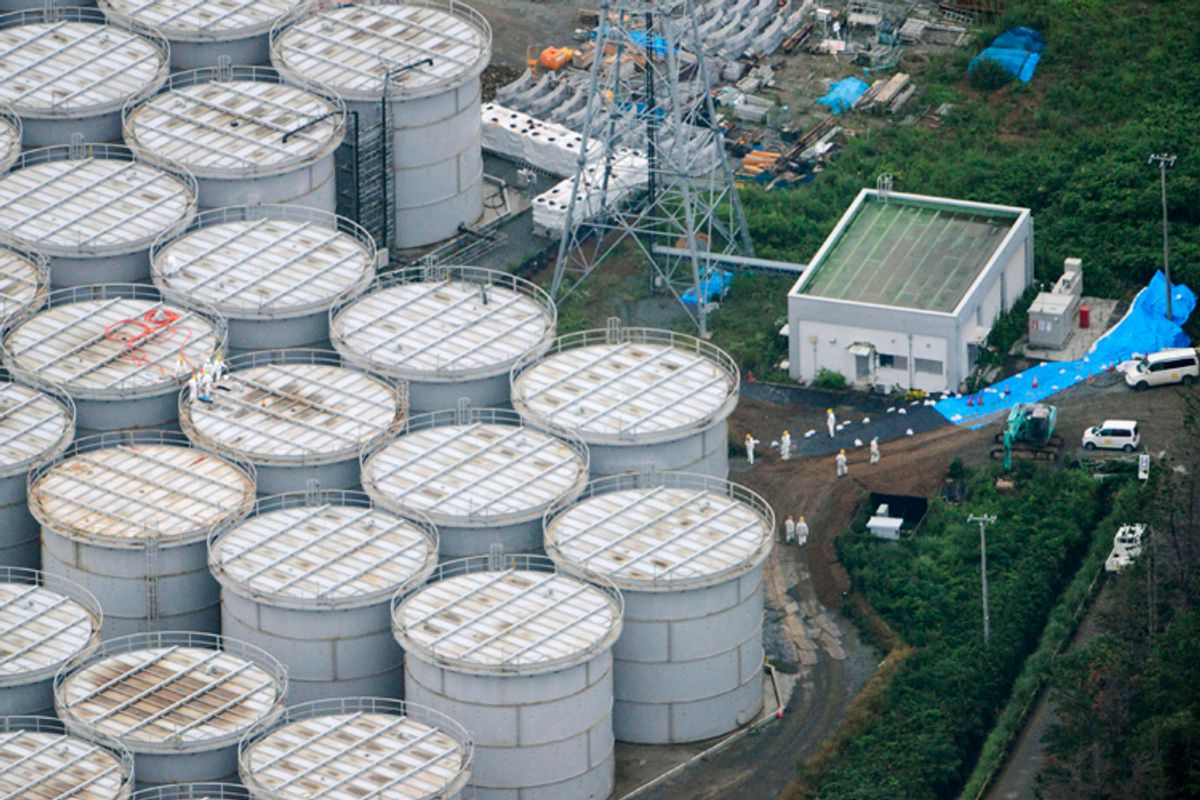 Following the latest disaster at Japan's crippled nuclear plant -- the leak of 300 metric tons of contaminated water from a storage tank -- Tokyo Electric Power Co. (Tepco) has acknowledged that it needs international "knowledge and support" if it's to have any chance of getting the situation under control. So far, the International Atomic Energy Agency in Vienna and the U.S. Nuclear Regulatory Commission said they're prepared to help, reports Bloomberg.

Tepco's frank acknowledgment that it has a major problem comes on the heels of accusations that the company failed to sufficiently address safety concerns. An advisory panel revealed yesterday that it had warned Tepco of the potential for just this sort of leak back in June:

The advisory group in late July held a “less than friendly” meeting with Tepco officials including the company’s chairman and chief executive officer to inform of the need to establish a plan to deal with radioactive water at the facility, according to Dale Klein, the panel’s chairman and a former head of the U.S. Nuclear Regulatory Commission.

Klein told Bloomberg he didn't think the company was deliberately negligent, but its failure to disclose earlier leaks nonetheless “gives the appearance of a cover up.” It's believed that contaminated water has already reached the Pacific Ocean; right now, the biggest concern is the possibility that even more will escape the storage tanks.