Is the grid becoming irrelevant?

Some argue we're in the final days of the U.S. utility system's reign 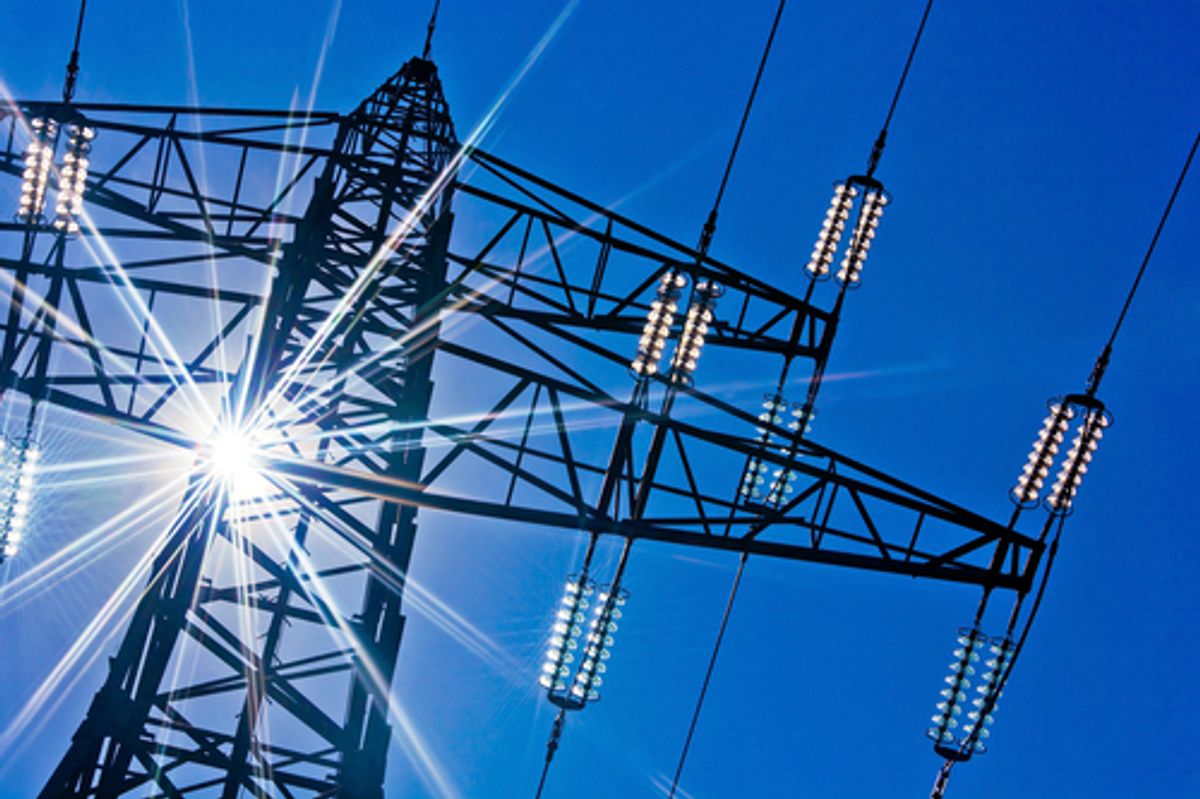 It's difficult to even imagine a world where we don't rely on the power industry. But some people, according to Bloomberg Businessweek, have already gotten there. And the rest of us might not be far behind.

This is no small thing we're talking about: The grid, consisting of 3,200 utilities, is a $400 billion a year industry. But David Crane, the CEO of NRG Energy, sees it as going the way of the U.S. Postal Service:  “Utilities will continue to serve the elderly or the less fortunate, but the rest of the population moves on.”

It was, after all, once hard to imagine the world without that system either.

In this analogy, email's role is filled by "decentralized homegrown green energy," especially rooftop solar. As everyone from big businesses like Verizon and Wal-Mart to individual households become their own power productions, there will be no more need for a centralized plant to burn fossil fuels and then distribute the power produced as electricity:

Worldwide revenue from installation of solar power systems will climb to $112 billion a year in 2018, a rise of 44 percent, taking sales away from utilities, according to analysts at Navigant Research, which tracks worldwide clean-energy trends. “Certain regions in California, Arizona, and Hawaii are already feeling the pain,” says Karin Corfee, a managing director of Navigant’s energy practice. “We’ll see a different model emerge.”

But the innovation that ultimately spells out big power's demise is the microgrid:

Those are computer-controlled systems that let consumers and corporate customers do on a small scale what only a Consolidated Edison or Pacific Gas & Electric could do before: seamlessly manage disparate power sources without interruption... The microgrid’s ultimate potential...is in turning every person, company, or institution with a renewable energy power system into a self-sustaining utility. Imagine your house switching from power it generates itself to power from the grid the way a Toyota (TM) Prius switches from battery power to gasoline.

As Businessweek points out, the grid already peaked in 2007. And although there are still structural and regulatory barriers to green energy's dominance, there seems good reason to believe we're entering an era of power of and for the people.