New York City, the latest to address the issue, is proposing a 10 cent fee 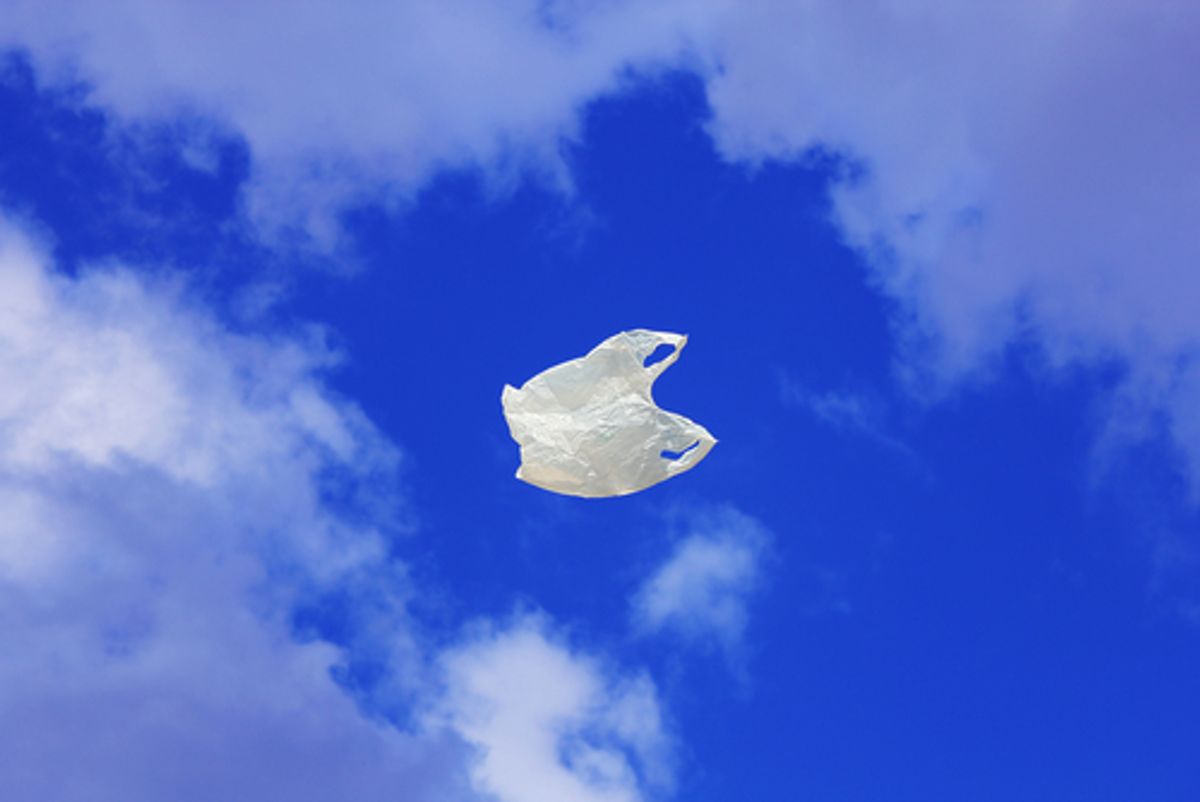 A new bill, proposed Tuesday and set to be submitted today, will impose a ten cent fee on plastic (and paper) bags at New York City stores.

This is not, as it turns out, another sustainable initiative headed up by Mayor Bloomberg. He proposed a milder five-cent tax back in 2008, which was struck down by current mayoral candidate Christine Quinn. (Quinn told The Daily News she hasn't taken a position on the new proposal.) The difference now, aside from the increase in price, is that the proposed fee isn't a tax -- the money will go right back to the stores required to charge it. That could help it go down easier than last time.

Still, it will be a progressive move for the city, especially when compared to the rest of the country. According to the National Conference of State Legislatures, no U.S. state has a plastic bag ban or tax on the books. As of June, six states -- California, Massachusetts, New Jersey, Oregon, Rhode Island and Washington -- are considering a full-on ban, while eight others -- Hawaii, Louisiana,  Maine, New Jersey, New York, Rhode Island, Vermont and Washington -- might start to charge.

New York State currently has legislation on the book that aims merely to encourage greener behavior. Per the 2009 Plastic Bag Reduction, Reuse and Recycling Law, retailers are required to provide the opportunity for customers to recycle their plastic bags by establishing in-store recycling programs. And all bags must be printed with the gentle encouragement: “Please return to a Participating Store for Recycling.” The program, the deputy commissioner of sanitation for recycling and waste reduction told The New York Times, hasn't had much of an effect.

Even such softball measures, on a state-wide level, are few and far between:

With the failed soda ban still fresh in people's minds, it makes sense that the city isn't yet attempting to get rid of bags altogether. But so far as major cities go, San Francisco, Seattle and Austin have all already gone to this extreme. As Scientific American reported a few years back:

San Francisco officials had originally tried to work with retailers on reducing plastic bag use voluntarily. But after a few years of little or no cooperation, they decided to just institute the ban on anything but biodegradable bags. The result has been a 50 percent drop in plastic bag litter on the streets since the ban took effect.

According to some, actually enacting the ban didn't cause too many problems -- it was basically an out-of-sight, out-of-mind situation. Then again, that was San Francisco. After Austin's ban went into effect this past March, Texas State Representative Drew Springer, a Republican, responded by filing the "The Shopping Bag Freedom Act," defending a business' right to choose how to package its wares.

Getting rid of plastic bags outright, or at the very least making them less prolific by charging for them, would preempt the need to recycle or otherwise get rid of them later. New York City annually transfers 100,000 tons of plastic bags to landfills in other states, costing around $10 million. According to Gothamist, "The bill's architects, including Council Members Brad Lander and Margaret Chin, are hoping the legislation's effects will mirror those seen in other major cities. They cited results seen in Washington, D.C. and LA, noting that those places saw their plastic bag usage decline by 60% and 95% respectively."

The plastic bag lobby, naturally, disagrees. According to a statement released by the American Progressive Bag Alliance, which represents bag manufacturers: "A grocery bag tax pushes shoppers toward less sustainable options, like reusable bags, which cannot be recycled, are made from foreign oil and imported at a rate of 500 million annually."

Regardless of the means, it's obvious that what's needed most is a change in mindset. When cashiers automatically bag and double-bag even the smallest of purchases, complacency becomes the norm. I spent the past year living in D.C., where the constant questioning about whether I wanted to pay for a bag led me to remember that I can carry things in my hands. After coughing up the extra five cents enough times (it wasn't about the money so much as watching the charge get added to the total), I got better at remembering to bring my own canvas bag.

Back in Manhattan, I try to bring a reusable tote along, often to find my purchases dropped in plastic before I request otherwise. Want to really cause an inconvenience? Ask a cashier to unbag something for you.

And when you think about it, why should retailers be so quick to take something -- especially something that's harming the environment -- and just give it away for free?