Scientists testing IVF treatment that would cost less than $300

"IVF is made to sound complicated, but the fact is that the early embryo is not very demanding," said one expert 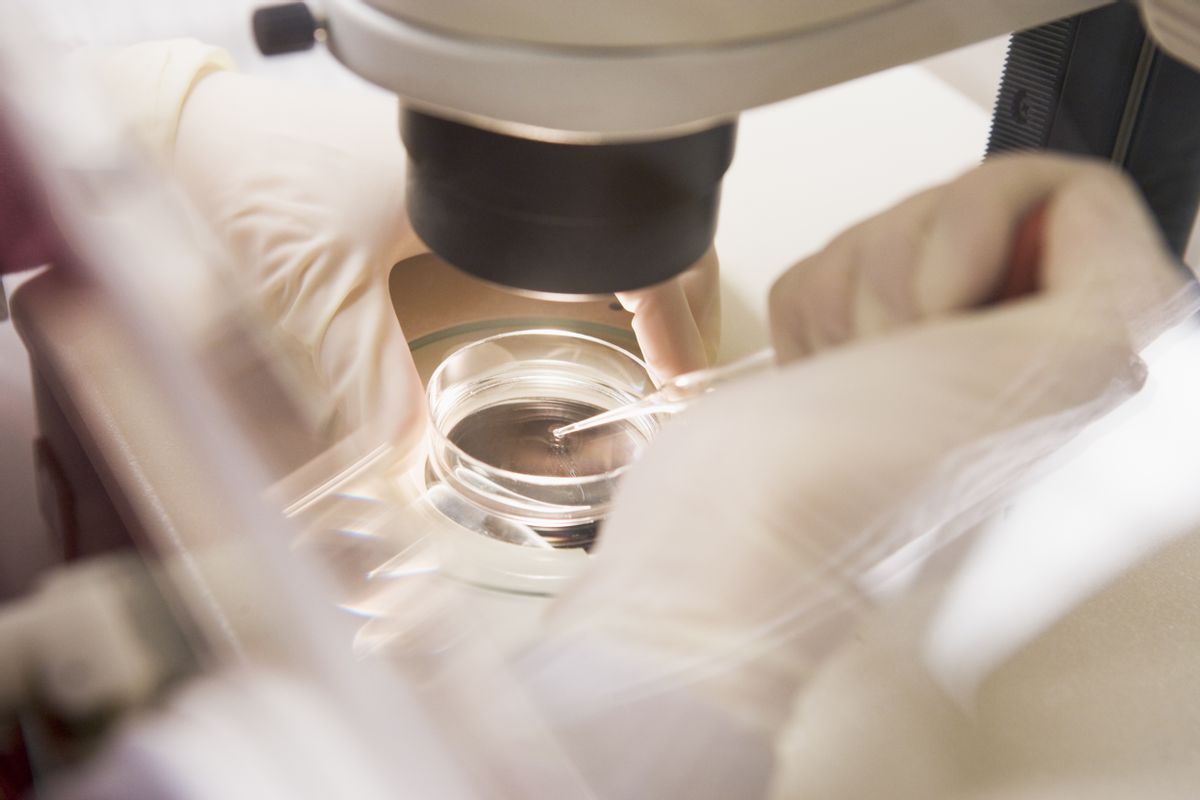 Scientists are currently testing a simpler and cheaper method of in-vitro fertilization that could cost as little as $265, according to a report from the Associated Press. Traditional treatments can cost up to $10,000 each, and many women undergo multiple IVF cycles in their efforts to conceive.

"IVF is made to sound complicated, but the fact is that the early embryo is not very demanding," said Jonathan Van Blerkom, a fertility expert at the University of Colorado.

According to Blerkom, the simpler, more affordable method would utilize pared-down lab conditions and cheaper fertility drugs to stimulate egg production, as the Associated Press notes:

A human embryo doesn't need much beyond some basic solutions, a steady pH level and constant temperature, he said.

The simpler approach calls for women to take cheaper fertility tablets to stimulate their ovaries to release more than one egg per month. In conventional IVF, expensive, potent drugs that are injected can produce more than 20 eggs.

Van Blerkom developed the simplified technique after European colleagues asked him how IVF could be done in developing countries.

"My first reaction was, `You've got to be kidding,'" he said.

But with two test tubes and special solutions, "it's possible to generate the exact same conditions, or very similar, to what people are generating in a $60,000 incubator."

One test tube is used to prepare a solution including carbon dioxide, which creates the ideal conditions for fertilization. That's piped into a second tube, where one egg and a few thousand sperm are added, before being placed in a heating block. After about two to three days, any resulting embryo is examined under a microscope before being transferred into the woman.

Blerkhom acknowledges that the alternative method may not work for all women facing fertility issues, but the ongoing trial comparing the simpler method to traditional IVF has yielded encouraging results.

For the more than 100 women who have undergone treatments so far, the pregnancy rate was about 34 percent for both the new and traditional methods. There have been 14 babies born using the simplified, more affordable method and 13 babies from traditional IVF.