The bar for TV diversity is way too low

Why are we still talking about "Orange Is the New Black?" Because there's so little out there that's better 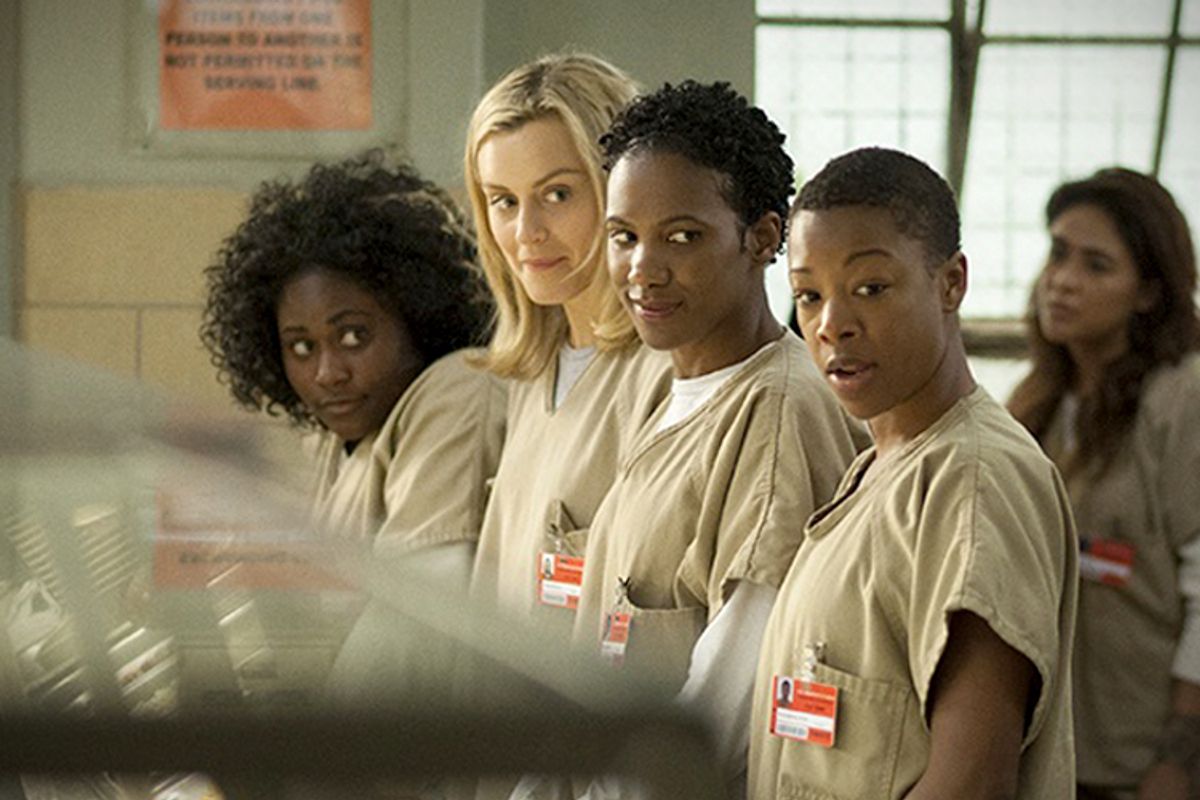 I should love "Orange Is the New Black" for the same reason I should (but do not) love "Red Tails" or "The Butler" or "42." Time and again, people of color are supposed to be grateful for scraps from the table. There’s this strange implication that we should enjoy certain movies or television shows simply because they exist.

The critical response to "OITNB" has been overwhelmingly positive. Emily Nussbaum, the New Yorker’s television critic, wrote, “Smart, salty, and outrageous, the series falls squarely in the tradition of graphic adult cable drama; were you pitching it poolside in Beverly Hills, you might call it the love child of ‘Oz’ and ‘The L Word.’” The description is perfect—there’s grit and heartache balanced by charm and the soapy, outrageous goodness of melodrama.

"Orange Is the New Black" also has impressive staying power in the cultural conversation, particularly given that the show streams exclusively on Netflix, a subscriber service. It premiered on July 11, ages ago in Internet News Cycle days and we’re still talking about the show, every single day.

By the way, did you know this show is remarkably diverse?

I put off watching "Orange Is the New Black" because I read the book, which was good, and watching the show didn’t feel necessary. Now that I've watched it, I will say it has merits. I’ve enjoyed getting to know some of the characters. Sexuality is addressed in interesting, often nuanced ways, at least for the white women. There is an amazing Nicholson Baker reference that made word nerds around the world rejoice. The way the women build community and seek connection with one another offers a compelling observation about what people need to survive.

Laverne Cox is unequivocally outstanding as Sophia Burset, a transgender woman with a wife and son. This detail is exactly what makes "Orange Is the New Black" as good as it is infuriating. Burset’s story is original and refreshing. Cox and Tanya Wright, who plays Burset’s wife, Crystal, create beautifully acted scenes that are intimate, bittersweet and honest. Their story line is the one thing on this show that is genuinely unlike anything else on television, the thing that lives up to the hype.

But the show misses so many opportunities to be truly original and smart. There’s a Haitian character, Miss Claudette (quite the rarity), but her accent is inconsistent, bizarre and bears no resemblance to a Haitian accent. Perhaps, on this point, I am biased, because I’m Haitian American. Another inmate, Crazy Eyes, is more caricature than character. She is fixated on Piper. Her infatuation is supposed to be funny because crazy people are, I guess, hilarious. In one scene, Crazy Eyes pisses just outside of Piper’s bunk, the whites of her crazy eyes shining in the dark. I laughed along because Crazy Eyes is entertaining and the talented Uzo Aduba makes the most of the role. The pleasure, though, is guilt-ridden because I’m too aware of how cavalierly dignity is sacrificed for pleasure’s sake.

Through no fault of actor Taylor Schilling, Piper, the central character, is the least interesting. This is largely because "Orange Is the New Black" is a lovingly crafted monument to White Girl Problems. Certainly, Piper suffers as she comes to terms with the reality of her incarceration. There are deeply affecting scenes illustrating her plight. She has a wry sensibility that translates well. And still, we cannot ignore how the show’s diverse characters are planets orbiting Piper’s sun. The women of color don’t have the privilege of inhabiting their own solar systems. This is what we consider diversity these days.

To be fair, "Orange Is the New Black" is based on Piper Kerman’s memoir. The source material concerns a privileged white woman serving a prison sentence. This show cannot be anything but what it is and that’s fine. Unfortunately, we will never see a similar show about a woman of color as a stranger in a strange land, bewildered by incarceration. We will never see someone dare to write against the dominant narrative about women of color and incarceration. There is also the grating sense that we should congratulate creator Jenji Kohan for making a good choice, a long overdue choice, instead of an easy choice. We should be grateful diverse actors finally have more opportunity to practice their craft.

"Orange Is the New Black" is diverse in the shallowest, most tokenistic ways. At the Nation, Aura Bogado notes, “With very little exception, I saw wildly racist tropes: black women who, aside from fanaticizing about fried chicken, are called monkeys and Crazy Eyes; a Boricua mother who connives with her daughter for the sexual attentions of a white prison guard; an Asian woman who never speaks; and a crazy Latina who tucks away in a bathroom stall to photograph her vagina…” This is the famine from which we must imagine feast.

I’m tired of settling for better instead of truly great. I’m tired of feeling like I should be grateful when popular culture deigns to acknowledge the experiences of people who are not white, middle class or wealthy, and heterosexual. I’m tired of the extremes. We have the exploitative work of filmmakers like Tyler Perry, playing on stereotypes, denigrating women, and aiming for the lowest common denominator. We have the morally ponderous movies that teach us about the struggle.

So few movies or shows fall between those extremes but thankfully the ones that do, "The Game," "Grey’s Anatomy" and "Scandal," "Love and Basketball," "The Best Man," "Jumping the Broom," "Peeples," and the like are good, not always great but well within reach. We need more. We need pop culture that demonstrates not only the ways people are different, but also the ways we are very much alike.

In her review, Nussbaum also says the show is “smarter and subtler about the entire range of female-female dynamics than almost anything on TV.”  The uncomfortable truth is that she’s right. The bar is so low for portrayals of people out of the mainstream that “smarter and subtler” seems like so much more than it actually is. Why are we still talking about "Orange Is the New Black"? The conversation is a measure of how much we are forced to settle or, perhaps, how much we’re willing to settle.