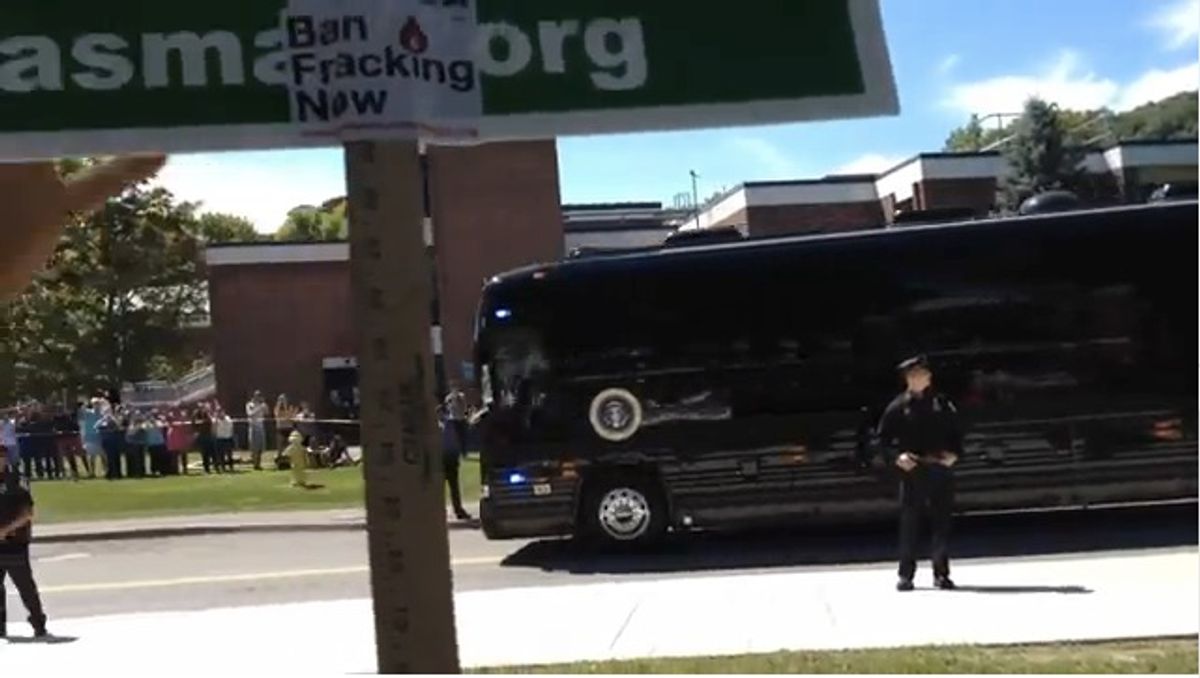 Obama's two-day bus tour of Upstate New York and Pennsylvania was greeted outside Binghamton University by over 500 anti-fracking protestors. Even though the president was at Binghamton to hold a town hall about education, the subject was impossible to avoid. After all, the state is fiercely divided over natural gas drilling: A recent Siena Research Institute poll found that New Yorkers are split 41 for and 42 against it.

Currently, there's a statewide ban on fracking, but Governor Andrew Cuomo has been postponing a decision over whether to allow it since February. The governor was purposely absent from this leg of the tour, having announced on Monday that he would meet the president in Buffalo but would not accompany him to the politically fraught areas of the state.

Ed Cox, the head of the state Republican party, attacked Cuomo in a statement for "hiding" from the protestors. "Instead of kowtowing to the most radical voices in his base," Cox said, "the governor should listen to the voice of reason and science.”

The group New Yorkers Against Fracking kept the focus on Obama, taking out a full-page ad in the Binghamton Press & Sun headlined: "President Obama: Stop covering up the science on fracking!" Over 100 protestors also showed up yesterday in Buffalo and Syracuse. Supporters of fracking, who see promise in its ability to economically revive the state's Souther Tier, showed up along the bus tour as well.