Ben Affleck as Batman: Like the Bennifer era never ended 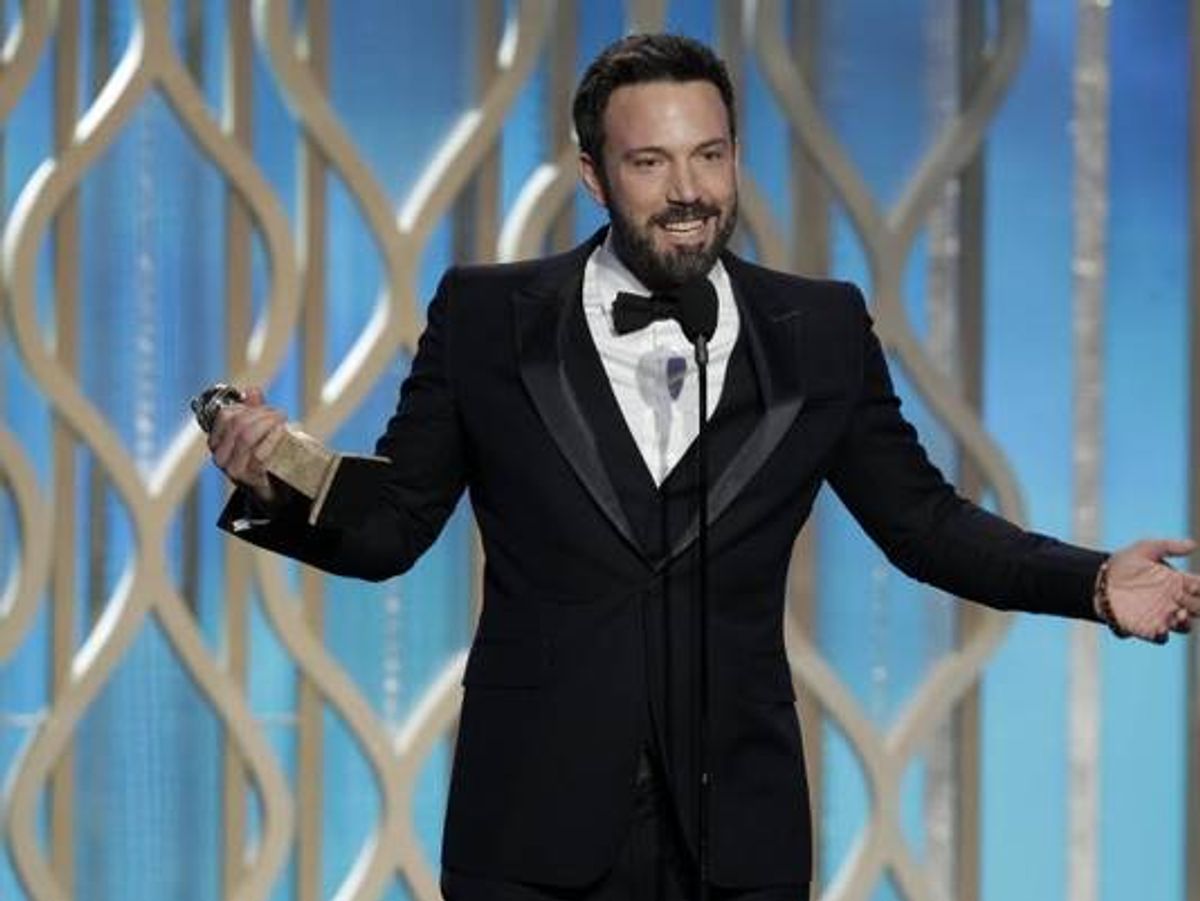 Ben Affleck won his second Oscar this year -- a best picture trophy for "Argo." He's been nearly universally hailed for his three directorial efforts, having completely rehabilitated his image after a long career downward spiral in the early- and mid-2000s, a spiral that began when he appeared in a superhero film. His fame and reputation more secure now than they've ever been, Affleck is set to appear in a second superhero film.

Yes, Ben Affleck has been announced as the new Batman in, first, a film in which Batman and Superman meet. It's the second big role Affleck's landed this summer -- he's also to play the male lead in "Gone Girl," based on the Gillian Flynn novel -- but the first that explicitly recalls a prior role.

Back in 2003, a creature known as "Bennifer" stalked the earth. No matter how much you may like the erudite director of "Argo," he's 50 percent responsible for modern tabloid culture, as he and Jennifer Lopez flaunted their love and material possessions to anyone who would listen (this "Dateline" interview, pegged to their notorious bomb "Gigli," is a great watch!). Affleck went from nebbishy Oscar-winning screenwriter to music video star in contention for all sorts of roles, and cashed in with action flicks, including the aptly named "Paycheck" and "Daredevil," in which he played a blind superhero.

As a hero, Daredevil is nowhere near as recognizable or iconic as Batman -- but that aside, the whole thing had a certain ersatz quality, a product that existed, like everything in the Bennifer sphere, to be monetized. That film did fine, though not spectacular, business, but subsequent Affleck films, including "Gigli" and "Jersey Girl," both co-starring Lopez, failed badly, as did the comedy "Surviving Christmas"; Affleck spent years in the wilderness, not working very much.

Ironically enough, the project that started his climb back to repute was "Hollywoodland," in which Affleck introspectively played former "Superman" actor George Reeves; he won an award at the Venice Film Festival and was nominated for a Golden Globe. Affleck, having long since left Lopez in favor of lower-key actress Jennifer Garner, was able to get one film greenlighted as a director, then another, all while back-burnering acting; he acted in two of his three films and occasional other projects (notoriously appearing shirtless, for no story reason, in "Argo") but was far better known as a director of taut thrillers than as any kind of actor. It was a remarkable sort of reinvention; other actors-turned-directors had been nowhere near as universally derided as had Affleck.

The ease with which Affleck had been able to move into a new gig -- coupled with the fact that he was never really a natural at it -- made filmgoers presume that Affleck had decisively left acting behind. Sure, he'd pop up in his own films, but acting seemingly hadn't panned out, and that was fine! A sort of shock haunts the #betterbatmanthanbenaffleck hashtag, not merely because Ben Affleck isn't a great actor, but because he hadn't really been an actor anymore!

Let's face the facts: In Christopher Nolan's Batman trilogy, Christian Bale -- a great actor who, unlike Affleck, has an Oscar for his work on-screen -- had little more to do than growl and stand imposingly. Affleck has a low vocal register and we all saw his body in "Argo"; he meets the thespianic requirements at least as well as the British television actor the producers found to play Superman. There is very little downside for him -- other than losing time he might have invested in his next several directorial projects.

But Affleck's decision to focus on performing in movies may feel a bit wearying to all those who spent an Oscar season watching the director's insecurity over his failed acting career. "You have to work harder than you think you possibly can," intoned Affleck in his Oscar speech. "You can't hold grudges. It's hard but you can't hold grudges. And it doesn't matter how you get knocked down in life, because that's gonna happen." Affleck apparently believes that, having been given the sort of second chance that so rarely happens, he ought to finish what he started as a screen star without holding a grudge against the audience that decisively rejected him a decade ago. While moviegoers likely don't hold a grudge either, exactly, they could be forgiven for wondering why a person who has already succeeded wildly as a director so badly needs to be an actor, if some remnant of the exhibitionism and gaudiness of the Bennifer era hasn't been burned away.