The top "SNL" casting prospects are all white 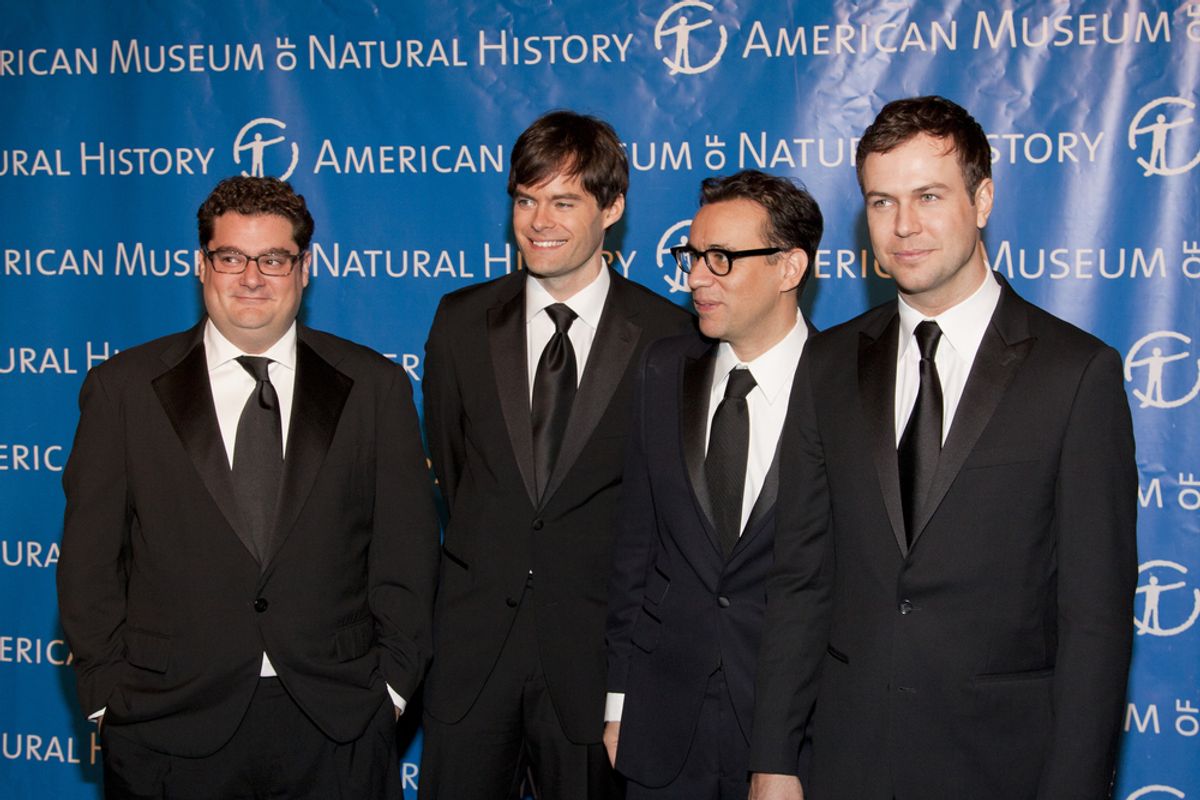 On Thursday night, Deadline reported that "SNL" may have found the four featured players who will replace departing comedians Jason Sudeikis, Bill Hader and Fred Armisen (who left in May) and Seth Meyers (who will leave in the fall to host NBC's "Late Night"):

I hear comedian John Milhiser, actress Noël Wells and performers Kyle Mooney and Beck Bennett have emerged as top candidates to join "Saturday Night Live" as new featured players this fall. No official announcement yet from NBC’s venerable late-night show, but the four are heavily rumored to land the coveted spots.

As Armisen told The New York Times, the legendary audition with "SNL" creator Lorne Michaels, the most powerful man in comedy, can change any comic's life -- but unnervingly, "there's no science to it." Website Uproxx notes, however, that "living in Los Angeles, performing at the Upright Citizens Brigade Theatre, and being white helps."

Check out the Uproxx post for a look at Milhiser's, Wells', Mooney's and Bennett's work -- all funny, without a doubt. But also, as Uproxx notes, all white. The four additions would mean the 15-member cast (14 without Meyers) would have only three people of color: Nasim Pedrad, Jay Pharoah and Kenan Thompson.

Some wonder if a show that, as Tina Fey has said, "impacted culture for over 35 years," should have more of a responsibility to promote the kind of racial diversity we see in real life. After all, its impact is not isolated to the show itself -- "SNL" has become a launchpad for nearly all of its performers, recently having elevated Meyers and Jimmy Fallon to hosts of late night talk shows (which are still dominated by white men). Diversity on "SNL" could go a long way in raising the bar for diversity on TV in general, as Roxane Gay has called for.

Web community Fark took notice of the all-white casting call, posting a link to Uproxx's article with the text, "The new additions are surprisingly diverse. Just kidding, they're all white." The original announcement in Deadline elicited similar comments from readers, with one person writing, "Just what SNL needs…more white people." Another wrote: "More plain white folk, we’re in the 21st century and the SNL cast does not reflect the real America…. But what’s new, most of television is the same way." Jezebel's Erin Gloria Ryan describes them as a "white rainbow."

Longtime veterans defend the system, which as far as anyone can tell is essentially the "enigmatic" judgment of Michaels -- but it's still hard not to wonder why America's diversity isn't reflected by our most important comedy show.