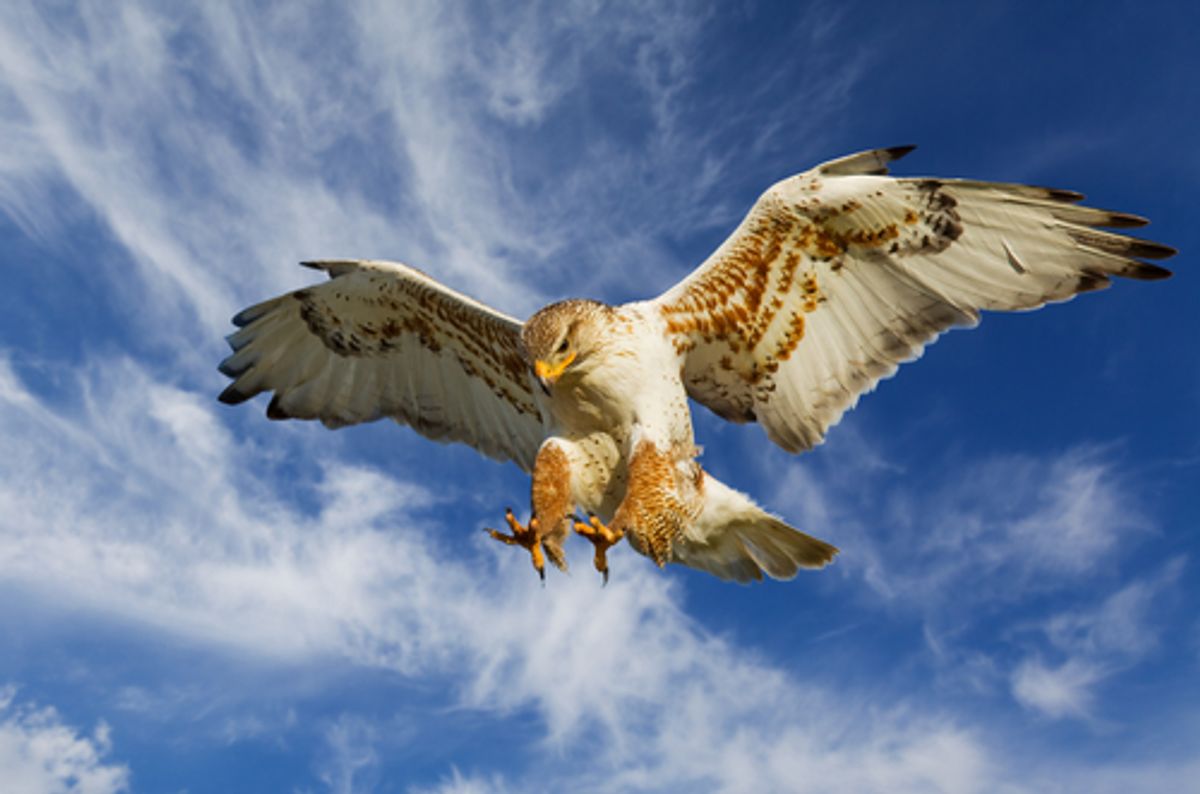 A 68-year-old man whose Somers Point, N.J., home lies underneath the "Atlantic Flyway" -- a major migration route for protected hawks -- was arrested today and accused of a three-year killing spree. His victims include red-tailed hawks, sharp-shinned hawks, red-shouldered hawks and Cooper's hawks, all protected on their journey south from Canada by the Migratory Bird Treaty Act.

The AP describes the sting operation that brought Robert Losasso down:

Authorities said they put up a camera that looked into Losasso's backyard and, at various times, saw him open a rear sliding door and stick the barrel of a gun outside; sometimes he stepped outside and other times he didn't. The camera also filed Losasso sprinkling birdseed in his backyard and using binoculars before stepping outside with a gun, authorities said.

In June officers searched Losasso's home and found a .17 caliber pellet gun and .22 caliber rifle and ammunition. Losasso admitted they were his, but denied that he shot the birds.

The AP failed to reach Losasso, as his listed number led them to the headquarters of the Miss America pageant. He is expected to appear in federal court this afternoon.