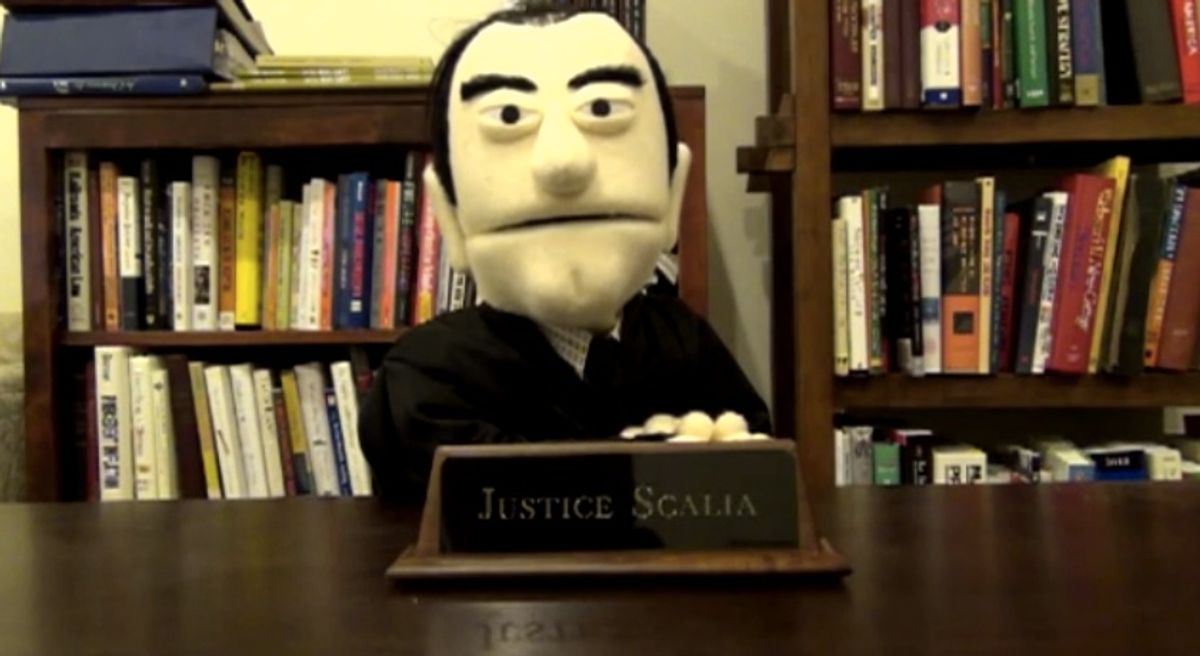 Professor Kyle Graham, a criminal procedure scholar at Santa Clara Law, for some reason decided that the world needed a puppet version of Antonin Scalia saying his now-famous turn-of-phrase, "argle-bargle." And he was right.

Here is the awesome but all too brief video:

The quote comes from Scalia's dissent from the Supreme Court's recent decision striking down the Defense of Marriage Act, in which he decried the majority opinion as "legalistic argle-bargle."

"It takes real cheek for today’s majority to assure us, as it is going out the door, that a constitutional requirement to give formal recognition to same-sex marriage is not at issue here — when what has preceded that assurance is a lecture on how superior the majority’s moral judgment in favor of same-sex marriage is to the Congress’s hateful moral judgment against it," he wrote. "I promise you this: The only thing that will 'confine' the Court’s holding is its sense of what it can get away with."

Via the Wall Street Journal.