The happy story of my transgender coming-out

Like Chelsea Manning, I transitioned to being a woman. I feared judgment, but I found acceptance and joy instead 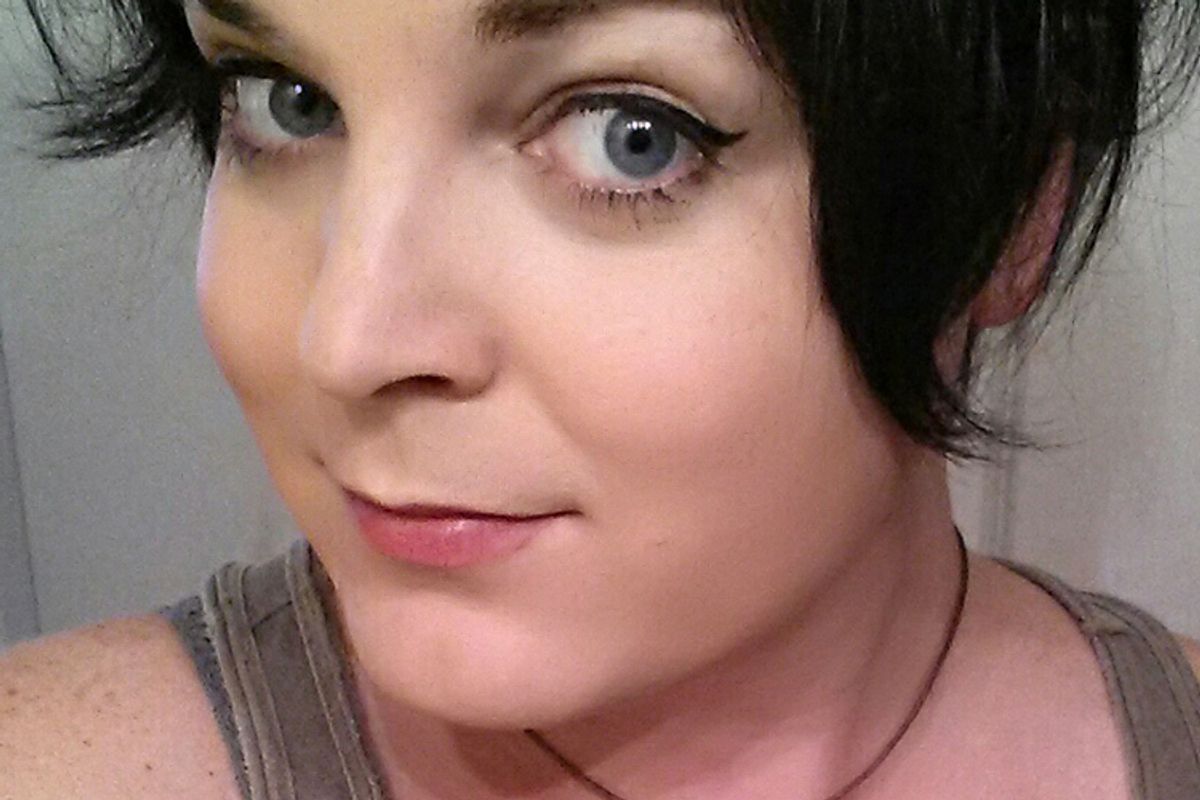 I was born into a loving, suburban, upper-middle class family. My dad worked in the insurance industry and coached Little League while my mom stayed home with my brother, sister and me. We were the envy of the neighborhood. My parents instilled empathy in me, and raised me to be a good son. Their son.

But I refused to confide in them my deep, dark secret: No matter how hard I tried, I couldn’t be their son. I couldn’t be a brother, or a boy. That’s just not who I was. From the time I hit puberty, I began to realize that I was a girl. I didn’t have role models for this feeling. I didn’t even have the word for it then: transgender. So I lived in fear that if they ever saw the real me, it would destroy our perfect family. I tried my best to suppress my feelings, hoping they would just go away.

In 11th grade, I played a small part in my high school production of “Much Ado About Nothing.” The other boys in the play would complain about the costumes, saying things like, “Why do I have to wear makeup?” and, “Tights!? I don’t want to wear tights.” I felt obligated to feign a similar disappointment. But in reality, I loved the feel of makeup, and how my eyes looked with eyeliner. It was fun wearing tights and a tunic, and a tunic is more or less a dress. I felt so conflicted, but I thought maybe this femininity would just go away.

Into adulthood, I self-identified as male. I tried to “be a man” by doing what I considered “manly” things -- fishing, camping, playing violent sports. My attempts to be “macho” were more like a caricature than what an actual man should be.

I kept up the “guy” act until the age of 26. I went out with women. I chain-smoked cigarettes and drank too much and disengaged from the world. Dating was fairly easy, as I was only ever attracted to girls. The challenge was to appear happy while tamping down the ever-present anxiety that something was horribly wrong with me. I didn’t want the world to know I saw myself as a broken human being. My life was a precarious game of Jenga, another lie and cover story extracted from the pile every few months. It was only a matter of time before the whole structure came tumbling down.

Finally, in May 2012, I realized that I couldn’t continue denying who I am. This was after a grim three years, in which I got a stomach ulcer and was prescribed numerous antidepressants. Nervously, and without much idea of what our next steps should be, I told my partner of four years what was going on in my head. I told her of the darkness that surrounded my life, of the sadness and anxiety within me. I told her that I was scared. I didn’t come out to her because I wanted to, but rather, I came out to her because I was on my last legs.

I figured she would leave me, and take a huge chunk of my heart with her, but she stayed. I couldn’t believe it. She knew my deepest, darkest secret, and she did not run away. She wanted to discuss what we should do as a couple. This was not a death sentence. This was just a new challenge.

After that conversation, I felt more confident. I began allowing my true self to shine through the cracks in the shell of a person I had so long been. I started meeting with a therapist who specialized in gender issues. I began growing out my hair, dressing more androgynously, and playing around with makeup. On the weekends, I’d paint my nails, only to remove the polish in time for work on Monday morning. But I let my close friends in on my secret. I told my parents, and they were so accepting. I had never really felt alive before, but I was like Scrooge waking up on Christmas morning. I embraced life for the very first time.

In October 2012, after months of debate, I began hormone replacement therapy. This consisted of a twice-daily dose of spironolactone and a weekly injection of estradiol. Sprironolactone, being an anti-androgen, works to decrease my body’s testosterone output, while estradiol increases my estrogen levels. Over time, this has created some pleasant physical developments. My skin softened, my body hair began to thin, my face began rounding out, and my breasts began to develop. With every passing day, looking into the mirror, I’d see someone who looked more like my internal vision of myself and less like the stranger I saw for the first quarter-century of my life.

More important than the physical effects of hormone replacement therapy were the mental effects. I finally began to feel “right” on an emotional level. The jarring dissonance between my brain and the chemicals around it was finally beginning to fade, leaving me in a place of harmony. I can only describe it as the peaceful feeling you get when you hear a beautiful piece of music for the first time.

Now that the cloud around my existence had lifted, I found myself able to focus in ways I’d never been able. I became more caring and emotionally available. My work improved as a result of no longer feeling like my world was collapsing.

Just as I hated being a “fake guy,” I didn’t want to be a “fake girl.” My fashion sense remains somewhat modest. On an average day, you’ll see me in jeans and a T-shirt. This is me, still a woman, whether I’m wearing shorts or a cocktail dress (actually, you’ll never see me in a cocktail dress). Assumptions about my wardrobe are often wildly inaccurate.

In March 2013, I came out to my co-workers, and the vast majority took this news in stride, making the switch from “he/him” to “she/her.”

Sure, there are situations that still frustrate me. Seeing how the media is treating the news of Chelsea Manning’s transgender status is appalling. No, there is no legitimate reason to continue to refer to her by her birth name, nor is there a legitimate reason to refer to her using masculine pronouns. The treatment she’s received over the past few days reminds me of the fears I had growing up: “What if I tell people that I’m a girl, but no one believes me?”

But that’s why stories like hers matter, and will make a difference to little kids like me growing up in the world and trying to find their own experience in someone else. But there is no universal “trans narrative.” My experience is mine alone. Every trans person has a unique life history -- the more we share them, the better.

Being transgender can be awful, or it can be refreshingly easy. As my story shows, it’s possible to have a relatively painless coming-out experience. The difference rests in how our friends and family and co-workers treat us when we share this intensely personal detail of our lives. If you deny our identities and our experiences, if you intentionally misgender us or refer to us by past names, you’re only making our lives harder. Forty-one percent of transgender individuals attempt suicide at some point in their lives, but if we’re surrounded by allies, if we’re respected for who we are, I know we will see that number decline.