Before money ran the capital

The growing number of extravagantly paid ex-Congress members and staffers have transformed D.C. since Nixon 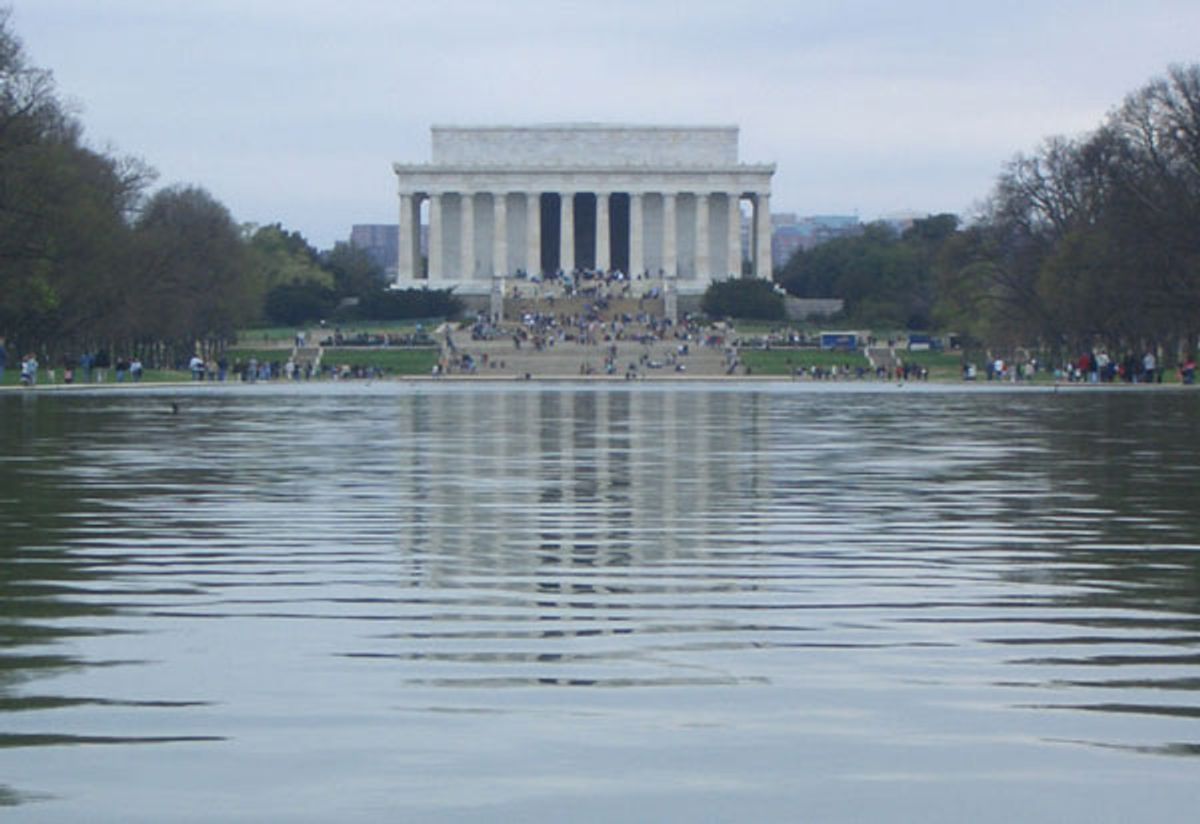 This article originally appeared on BillMoyers.com

In the wake of all the talk surrounding Mark Leibovich’s controversial book about Washington, This Town, I was asked how that city has changed since I first lived there nearly 45 years ago. The question makes me feel a little like Grandpa Simpson, with an urge to shout in old person non-sequiturs: “We didn’t have airplanes or an airport then. We lassoed swarms of bees and let them take us wherever they wanted to go. Orchards, mostly. And the Capitol dome was made entirely of beef tallow. The Lincoln Memorial was nothing but five pennies and a fake beard!”

Washington has changed a lot. For one thing, we don’t have Richard Nixon to kick around anymore, although he just popped up again in recent days with the release of the last batch of conversations he secretly taped in the White House. The Russians “slobber at flattery,” he pronounces; he describes West German Chancellor Willy Brandt as a “jerk;” and tells special counsel Chuck Colson to clam up about the Watergate plumbers: “You say we were protecting the security of this country.” That’s our boy. I have often said that back in the day, we didn’t have cable TV in Washington, but we did have Nixon and for sheer entertainment value, he was hard to beat.

Nixon had only been president for about eight months when I first became a resident in the fall of 1969 as a freshman at Georgetown University. Coming from a small town in upstate New York, Washington was a good choice. I had thought about going to school in Manhattan, but the culture shock of a big city might have been too much; I could have come down with the bends or something. Washington was a good middle alternative back then, small enough, but still urban , and besides, I was fascinated by politics and DC seemed like the place to be.

Nixon hadn’t yet entered full Watergate weirdness mode but there were moments: he briefly tried to dress White House guards in Ruritanian-style uniforms that made them look like extras in “The Student Prince.” And in an effort to reach out to us kids and prove he could take criticism, he publicly responded to a letter from a Georgetown student named Randall James Dicks who opposed Nixon’s policy in Vietnam. One problem: of all the correspondents Nixon could have chosen, reporters soon sussed out that Randy Dicks was a closet teen royalist who believed that “a monarchy is a superior form of government because a king is above partisan politics and can therefore be responsive to the people.” Cue the Ruritanian guards.

In truth, Vietnam was much on our minds. That first fall I was at Georgetown was the time of a big anti-war demonstration at the Washington Monument in November. The following spring saw the illegal invasion of Cambodia, the killings at Kent State in Ohio and Jackson State in Mississippi, and a nationwide student strike that once more had thousands marching on Washington. It wasn’t unusual to come back to your dorm room late at night and find six strangers sleeping on the floor.

Most of us had student deferments from the draft, but once you were out of school, the numbers from the dreaded national lottery kicked in and mine, incredibly, was “1.” Dumb luck and a quickly acquired knowledge of the Selective Service bureaucracy kept me out of the Army. Maneuvering through the machinery of government was much easier and people-friendly then, possible even for a feckless (admittedly white) college kid with barely five bucks in his pocket. No big campaign contribution or other thinly veiled form of bribe was necessary.

But the town was slow. As John Kennedy famously noted, “Somebody once said that Washington was a city of Southern efficiency and Northern charm.” There still were “temporary” white clapboard structures on the Mall, like barracks, built during the Second World War as offices to handle staff overflow from the Pentagon. Many city blocks remained ravaged and abandoned in the aftermath of the rioting and looting that followed Martin Luther King, Jr.’s assassination in 1968.

Hitchhiking was still an acceptable and fairly safe mode of transportation for a student – Judge John Sirica, a few years before he became famous sentencing Watergate miscreants, used to see my thumb out and give me a lift to the Smithsonian, where I had a film class. There was no Metro subway then and damn few taxis; the buses were privately owned by a gentleman named O. Roy Chalk, whose other holdings included Trans Caribbean Airways (its orange and green palm tree logo adorned the buses) and a railroad that hauled bananas across Central America. As a security measure, the government was fond of parking the buses nose to tail all around the White House whenever one of the big demonstrations was held.

And yet, in those days, decades before 9/11, you could walk into the Capitol and congressional office buildings with impunity, then buttonhole senators and representatives in the hallways or drop into their offices unannounced, attend hearings at random, even ride unescorted the cool little trains that connect those offices underground . No magnetometers at the entrances, no pat downs, no passes except to enter the galleries of the actual House and Senate chambers.

Back then, my brother Jim was living in Washington, too, attending Johns Hopkins School of Advanced International Studies. After many years in the academic world he has moved back to DC with his family and is working as senior correspondent for Diplomatic Connections magazine. These days, he said, there’s an “ever expanding consciousness of security concerns. You and I both remember a time when traffic moved freely in front of the White House…. [Now] even routine doctor’s visits require signing in and out of seemingly innocuous office buildings downtown.”

But the biggest difference between then and now, as the great Washington journalist Bob Kaiser titled a book not too long ago, is that there’s “So Damn Much Money,” with lobbyists spending almost three times what they did a dozen years ago and an ever-increasing number of ex-members of Congress, staffers and regulators running full tilt through the revolving door and joining the ranks of the extravagantly paid.

“People talk about the size of the federal government,” my brother noted, “and yet that hasn’t changed enormously. Instead, it’s the emergence of all the ancillaries to government — law firms, lobbyists, communications companies, government service providers — that have flooded the city with people and money.” What’s more, there’s “the explosion of the permanent military-industrial complex, which Eisenhower warned about and the Cold War made real. The post 9/11 world has just mushroomed this corporate impact, aided and abetted by the penchant for outsourcing that has essentially created contractor-led defense and security establishments that parallel/shadow (and profit from) their government counterparts.”

Washington has become the most affluent metropolitan area in the country. A 2012 Gallup poll rated it the most economically confident region of the United States. And with so damn much money has come a building boom: a once dying downtown has turned into office buildings, restaurants, stores and luxury apartments, forcing others out of the way. African Americans were as much as 71 percent of the District’s population when I lived there in the seventies; today that number has fallen to a little less than half, with many having to move outside the city.

As was said of Philadelphia’s founding Quakers, many may have come to Washington to do good but did well. Very well indeed. I left Washington as I came in, with Nixon. In 1974, I had gone to work for public television at a company that produced news and public affairs programs, including live coverage of the Senate Watergate and House impeachment hearings. I was offered a good job in New York but made as a condition of employment that I would not start until after Labor Day or Nixon’s impeachment trial, whichever came last.

His August resignation freed me to make my way north. Had I stayed in Washington, it would have been easy to slowly become part of The Club that Mark Leibovich describes so well in This Town; I knew people, had worked in media and politics, had a girlfriend keyed into DC society. A soft slide into the machine would have been effortless. But like my brush with the draft, I escaped.

“They are not one-dimensional and certainly not bad people,” Leibovich writes. “They come with varied backgrounds, intentions, and, in many cases – maybe most cases – for the right reasons. As they become entrenched, maybe their hearts get a bit muddled and their motives, too…” Too often, the game becomes more important than those for whom government should exist to help.

As was said of Philadelphia’s founding Quakers, many may have come to Washington to do good but did well. Very well indeed. Yet with many of them, Leibovich claims, it comes “with a desperation that, to me, is the most compelling part of the Washington story, whether now or before: it is a spinning stew of human need.”