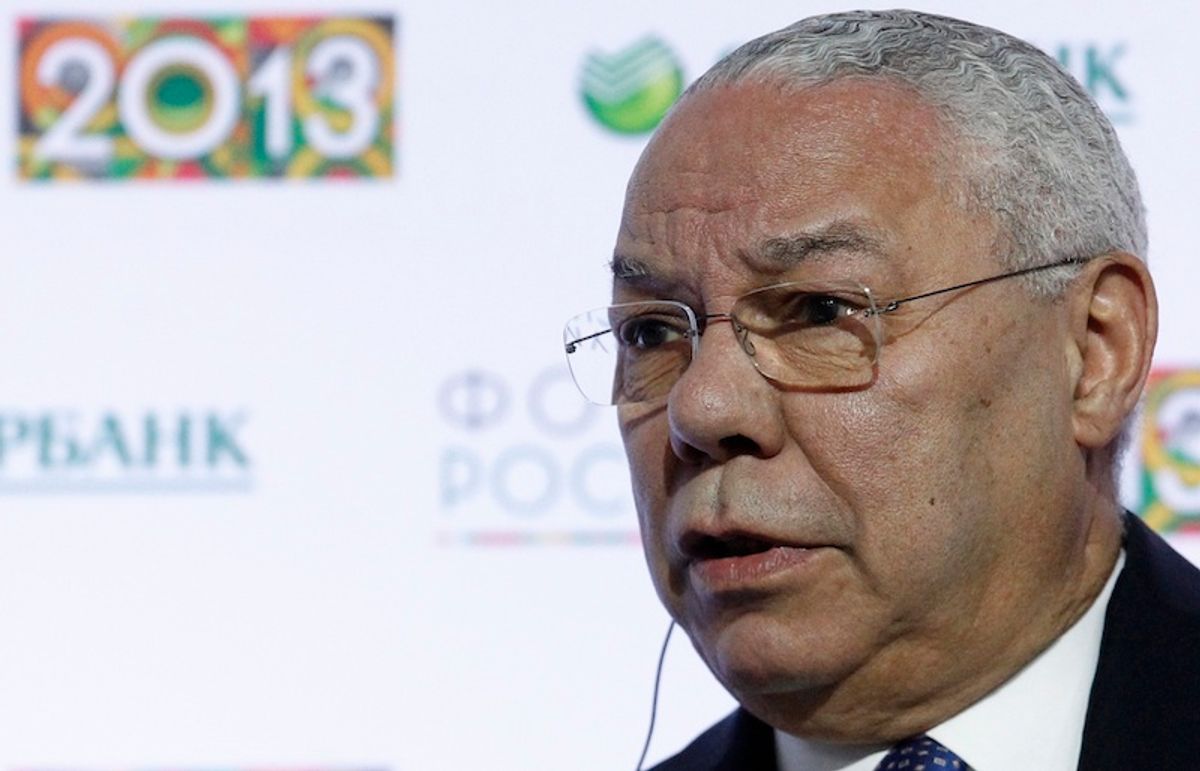 WASHINGTON (AP) — Former Secretary of State Colin Powell called the jury verdict that cleared the killer of Florida teenager Trayvon Martin "questionable" and urged President Barack Obama to speak more on issues of race during an interview that aired Sunday.

The first black chairman of the Joint Chiefs of Staff said the Martin verdict soon would be forgotten but said Obama — and all presidents — have a responsibility to discuss the nation's history of racial injustice. Powell spoke as Washington marked the 50th anniversary of Martin Luther King Jr.'s march that included the iconic "I Have a Dream" speech.

"If Dr. King was here, I'm quite sure he would say, 'Congratulations on all the progress that's been made, but let's keep going. The dream is not fully achieved yet,'" said Powell, also the first African American to serve the nation as secretary of state.

Asked about the Martin killing, Powell questioned its impact on the civil rights discourse. A Florida jury found George Zimmerman acted in self-defense and acquitted him during a criminal trial.

"I think that it will be seen as a questionable judgment on the part of the judicial system down there, but I don't know if it will have staying power," Powell said. "These cases come along and they blaze across the midnight sky and then after a period of time, they're forgotten."

That doesn't mean Obama should keep silent, though, Powell said.

"I'd like to see him be more passionate about race questions," Powell said of Obama, whom he endorsed during the 2008 and 2012 presidential election.

"For the president to speak out on it is appropriate. I think all leaders, black and white, should speak out on this issue," the Republican added.

Powell said he didn't fully grasp the civil rights upheaval happening during the early 1960s until he returned from Vietnam. His wife, Alma, didn't share the developments with him from their home in Birmingham, Ala., and his service blocked him from engaging in the political upheaval.

He said the civil rights era helped blacks but more needs to be done.

"A lot has been accomplished, and we should be so proud of our accomplishments," he said. "But at the same time, that mirror should show us that there are still problems in this country, that there is still racial bias that still exists in certain parts of our country."