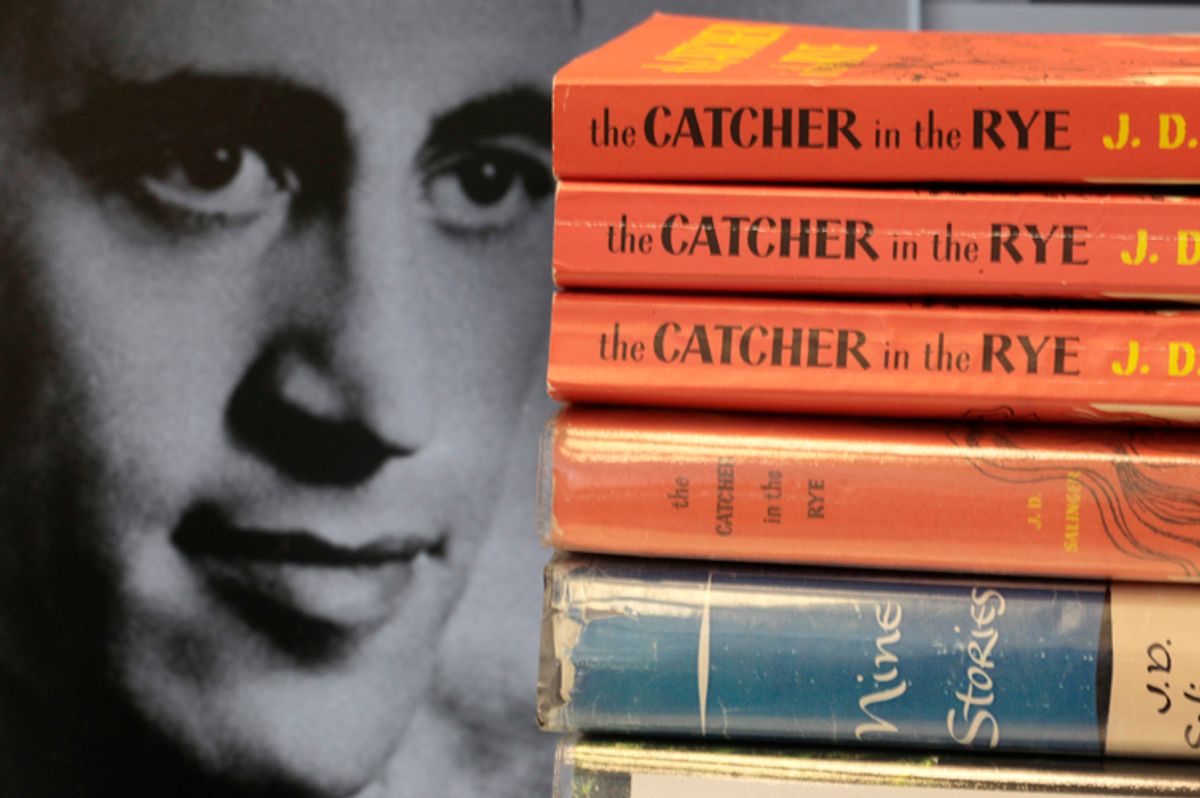 J.D. Salinger completists may soon have a lot more to read, according to the New York Times. The paper reports on revelations in an upcoming book and film, both called "Salinger." They cite at least five new books, which Salinger allegedly instructed his estate to publish beginning as soon as 2015.

The book and film also describe Salinger's relationship with Jean Miller, whom he met when she was just 14. The Times reports:

For years, they exchanged letters, spent time together in New York and eventually had a brief physical relationship. (She said, in an interview in the film and book, that Mr. Salinger dumped her the day after their first sexual encounter.) Ms. Miller said in the book that Mr. Salinger once saw her stifle a yawn while talking to an older woman and borrowed the gesture for one of his short stories, “For Esmé — With Love and Squalor.”

“He told me he could not have written ‘Esmé’ had he not met me,” Ms. Miller said in an interview in the book.