"The Bone Season": A dystopian thriller that delivers 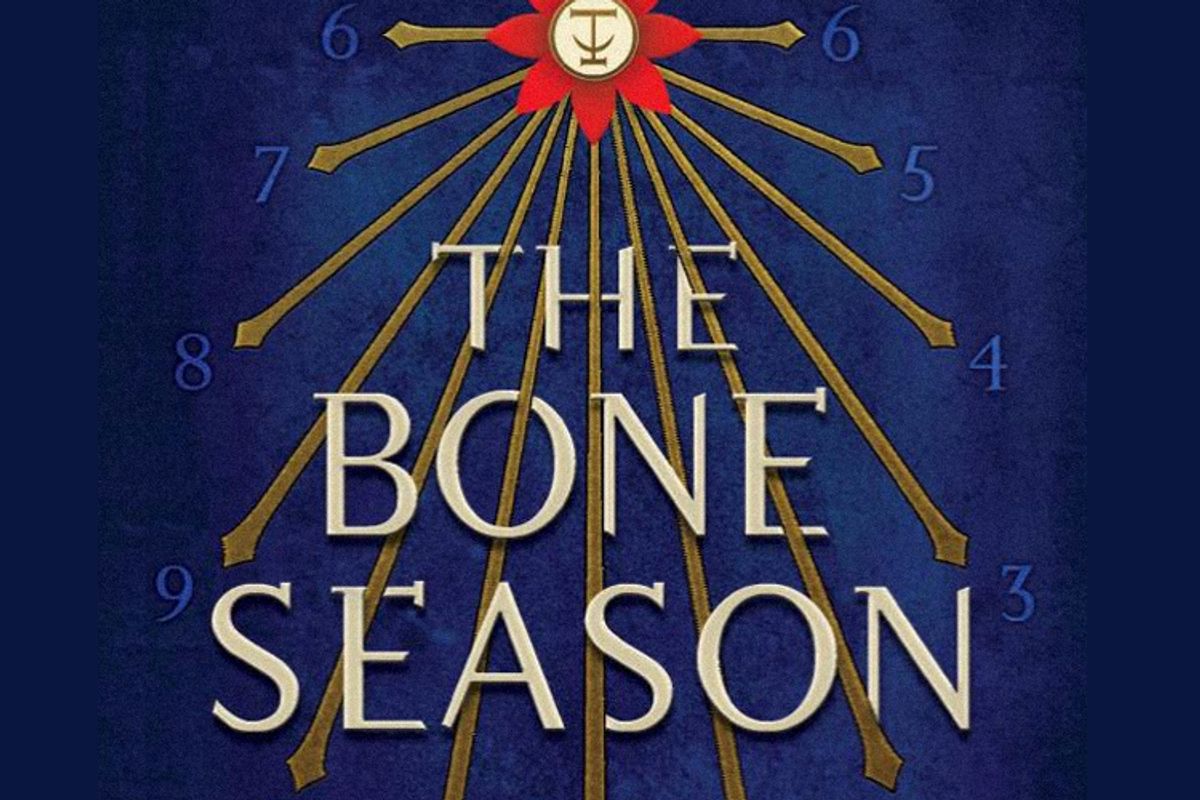 There's time for one last gulpable summer novel before the season ends, and the perfect candidate presents itself in Samantha Shannon's "The Bone Season." The author is young (21) and the comparisons to Harry Potter and "The Hunger Games" might be as inevitable as they are glib, but this is an adult work, just a shade too jaded and challenging for YA. It gallops along through an initially perplexing world, daring its readers to keep up even as it sinks in its hooks with crackerjack action, deftly-accentuated conflict and a spangling of souped-up Victorian street slang.

Paige Mahoney is a young Irishwoman living in an alternate-history version of 21st-century London run by a huge corporation called Scion. Her father thinks Paige works in a bar, but in truth she belongs to the syndicate, a network of underground gangs made up of clairvoyants. Their abilities, while innate, are criminalized, and any "voyant" picked up by the authorities is reputed to be either executed or conscripted into an anti-voyant police force. The clairvoyants come in a dizzying variety of types, and the book opens with a chart outlining the different subgroups, as well as with maps of Shannon's re-imagined British citadel.

Paige loves her gang, despite the ruthlessness of Jaxon, its dandified, cane-twirling leader. Her particular ability -- she can sense and, to a certain degree, explore the minds of other voyants -- makes her a valued member of his team; Jax calls her his "mollisher." One day, however, she's captured by the police and spirited out of the city to a penal colony set up in what once was the city of Oxford. In "The Bone Season" the hallowed university town has been converted into "Sheol I," a harsh outpost where voyants serve as slaves to an elite race of beings called the Rephaim, whose origins are mysterious. A surrounding no-man's land planted with mines and roamed by hideous man-eating creatures with the texture and stench of rotting flesh makes escape seem impossible. But escape is just what Paige resolves to do.

At times, "The Bone Season" exhibits signs of Shannon's inexperience: muddled logistics or finessed plot holes or patchy world-building. Genre pedants will be indignant if this book becomes as big a success as it is likely to be. But Shannon has a faultless instinct for the prerogatives of storytelling, for the engine that makes an adventure novel go, however jury-rigged its chassis may be in spots. The setting she's constructed is just strange enough to pique a reader's curiosity, while invoking some of the reliable tropes of urban fantasy: The Rephaim are a bit like vampires and the terrifying Emim waiting out in the woods resemble the faster-moving kinds of zombies. Shannon doesn't present a detailed explanation of her world's cosmology until well into the book, but that matters a lot less than you might think. What she does succeed at, and in spades, is instantly latching the reader's interest to Paige and her fate.

The injustice and casual brutality of the Rephaim's treatment of their human servants has probably sparked the comparisons to "The Hunger Games." But while Suzanne Collins' YA blockbuster exaggerates the decadence of reality TV and late-capitalist entertainment to the point of parody, Shannon has clearly sourced Sheol I in history. From the Atlantic slave-trade to the rubber plantations of Africa and Latin-America, methods for reducing human beings to the status of chattel have been pretty consistent across the board. Collins' Hunger Games are a cartoonish grotesque; Shannon's penal colony, apart from the supernatural touches, is all too plausible. It is Paige's refusal to accept her lot that powers much of the narrative.

Also remarkable is the discipline of Shannon's prose. Young writers, and especially young fantasy writers, have a tendency to ladle on the description, exposition and emotional prompts, a particularly dangerous inclination when some of the action involves invented incorporeal powers. But more often than not, "The Bone Season" is as economical (if not quite as stylish) as a hardboiled detective novel: "Dawn broke. The clock ticked. Warden just sat in his chair, stoking the fire. If he wanted me to change my mind about the remedy, he was going to be there a long, long time." Occasionally, Shannon turns a fetching phrase, like having Paige wake from a drugged sleep with her throat feeling "roasted." And in a particularly nice touch, she gives her London voyants a dashing lingo that combines invented words ("mime-lord" for the clairvoyant gang bosses) with 19th-century cockneyisms ("broads" for "playing cards"; "barking irons" for "pistols;" "cokum" for "shrewd").

"The Bone Season" is the first book in a projected series, so while the plot is resolved sufficiently to make for a satisfying end, there's enough left dangling for the installments to come. The novel is already slated for film adaptation and has been chosen for a book club hosted by "The Today Show." Both announcements raised my eyebrows; Shannon's invented world is complicated and metaphysical enough to make the movie seem an unlikely proposition (remember "The Golden Compass"?) and this author may not baby her readers enough in the book's initial chapters to win over the sort of mass audience that laps up Dan Brown. For bolder readers, however, it's the sort of novel you inhale in two or three days -- preferably the long, languorous ones we've nearly run out of.