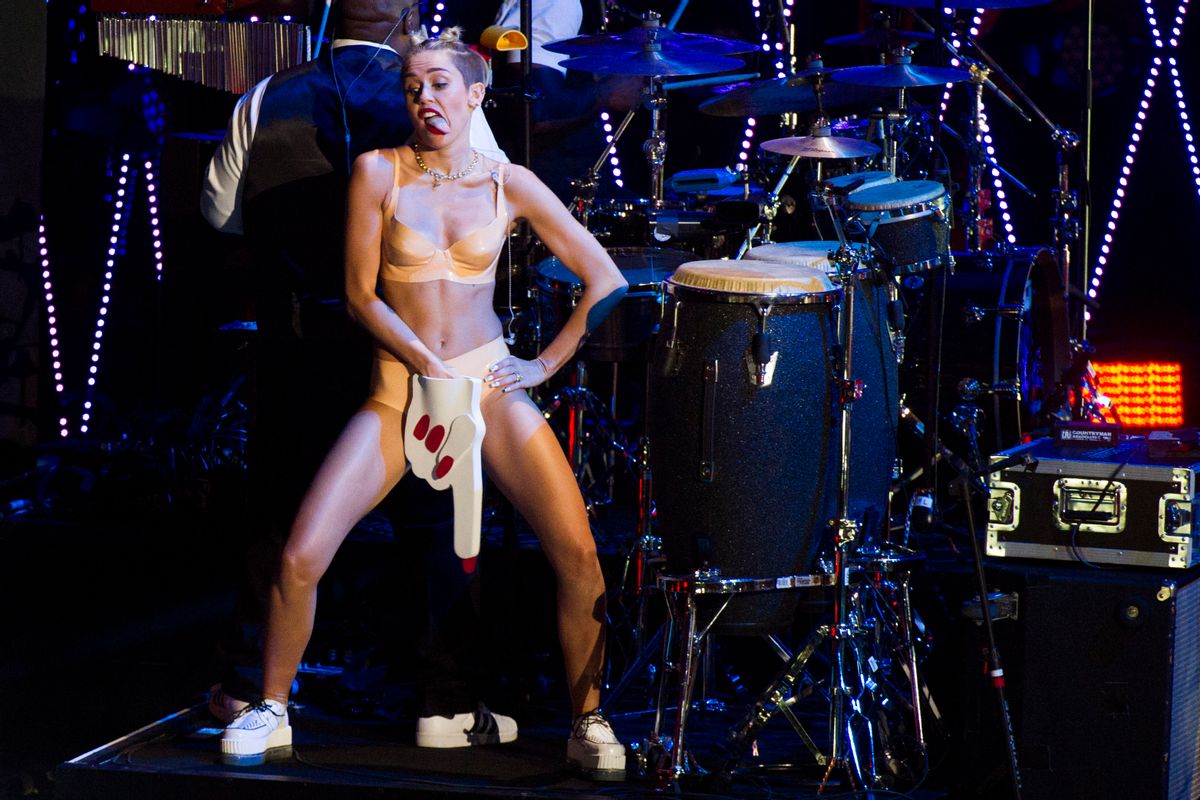 President and CEO of Concerned Women for America Penny Young Nance is, of course, very concerned for America. She is also very concerned for Miley Cyrus, and the terrible impact that feminism has had on the other young women of this great nation, who are now probably going to grow up to rub their butts into Robin Thicke's crotch because women's rights or whatever.

In a Monday editorial for Fox News, Young Nance calls Cyrus' uncomfortably racialized performance at the MTV Video Music Awards (which has been thoughtfully critiqued for its faux sex positivity and "postmodern careerist" minstrelsy here and here) "what the end of the road looks like for the 'women's liberation' movement."