Meet the two House GOPers who will decline Obamacare benefits

These conservative lawmakers are choosing to skip out on health care benefits. Will the trickle begin to snowball? 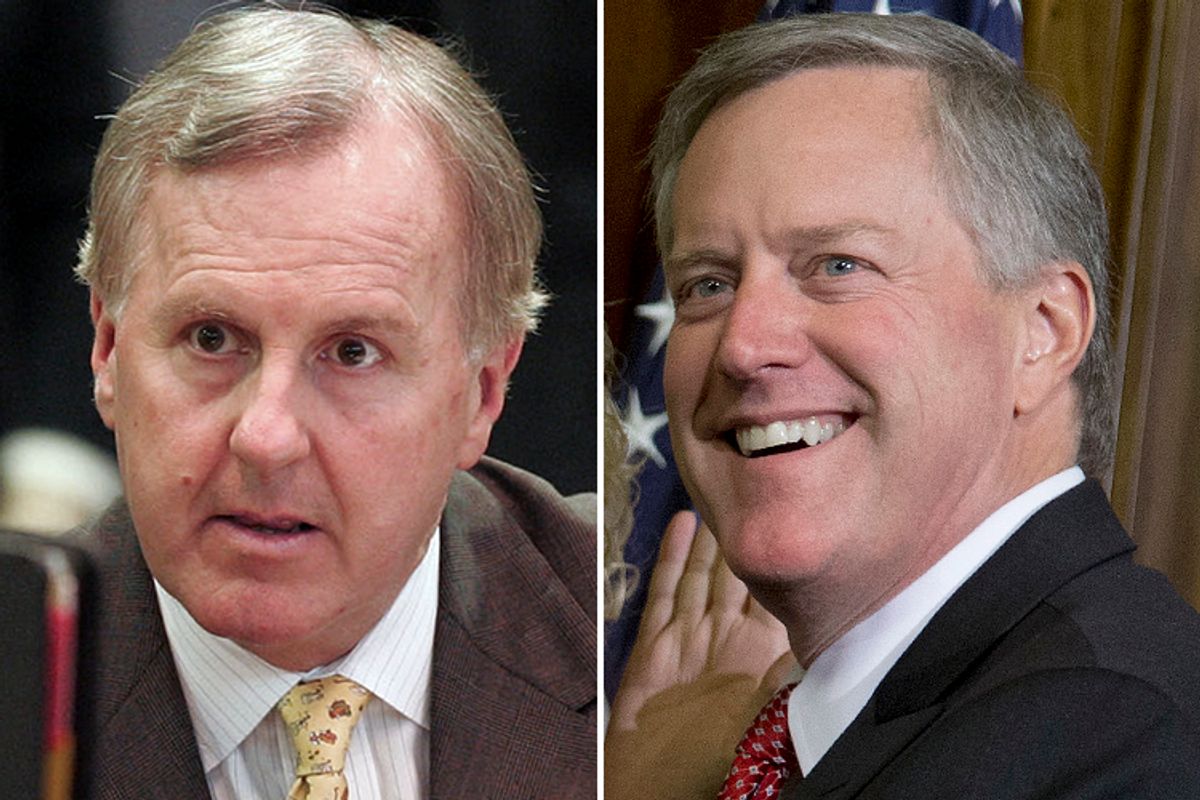 At least a couple House Republicans and their staffs are sincere enough about their hatred of the Affordable Care Act that they plan to skip its benefits altogether, despite the fact that the law gives elected officials and aides on Capitol Hill little choice but to enroll if they want to continue receiving health benefits as part of their compensation packages.

According to the Hendersonville Times News, Rep. Mark Meadows, R-N.C., who is leading the conservative effort in the House to oppose legislation to fund the government unless it includes a rider zeroing out money for Obamacare, told constituents that he and his staff would decline federal subsidies to purchase insurance on the exchanges, which open for enrollment in October.

“The administration has announced that congressional members and their staff could get subsidies” for taking part in the ACA, Meadows said, subsidies he estimated at about $3,000 per person. His staff declined the subsidies, he said.

“The standard that we have for Main Street should be the same standard for Washington, D.C.,” he said.

Meadows joins fellow North Carolinian Rep. Robert Pittenger, who announced late last week that he too will decline federal premium support to help him purchase insurance on the exchanges, and that he's cosponsoring legislation that would prohibit any member of Congress from receiving such assistance.

Two members opting out of a key Obamacare benefit doesn't mean the Republicans are headed for the floodgates. But it does underscore the fact that there will be pressure both within the party and among outside groups for GOP members, and perhaps their staffs, to decline federal assistance to purchase insurance.

That also doesn't mean these people will go uninsured. They could still purchase insurance without subsidy on the exchange. In fact, the law prohibits all other uninsured people who earn as much as Congressmen and Senators from receiving tax credits to reduce their premium costs. In some cases they might qualify to be added to their spouses insurance. But a commitment like the one Meadows made would be difficult for unmarried junior staffers. If they decline federal assistance, they'll in many cases have to either pay out of pocket in the exchanges, or go uninsured altogether.