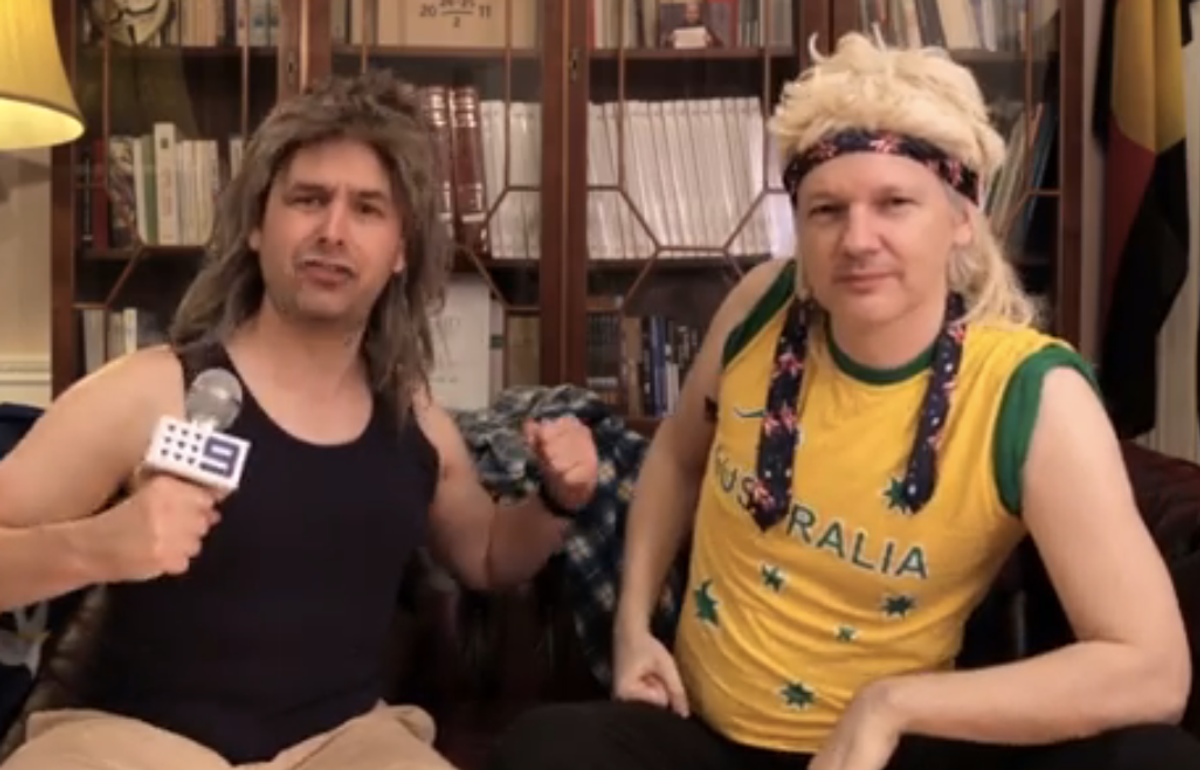 For no apparent reason, WikiLeaks founder Julian Assange has starred in a parody rap video about the Australian federal elections by a duo called Juice Rap News. In it, the elusive Assange, who has been hiding in London's Ecuadorean embassy for a year to avoid extradition, can be seen donning a mullet, singing and dancing with clones of himself. It ... is disturbing: