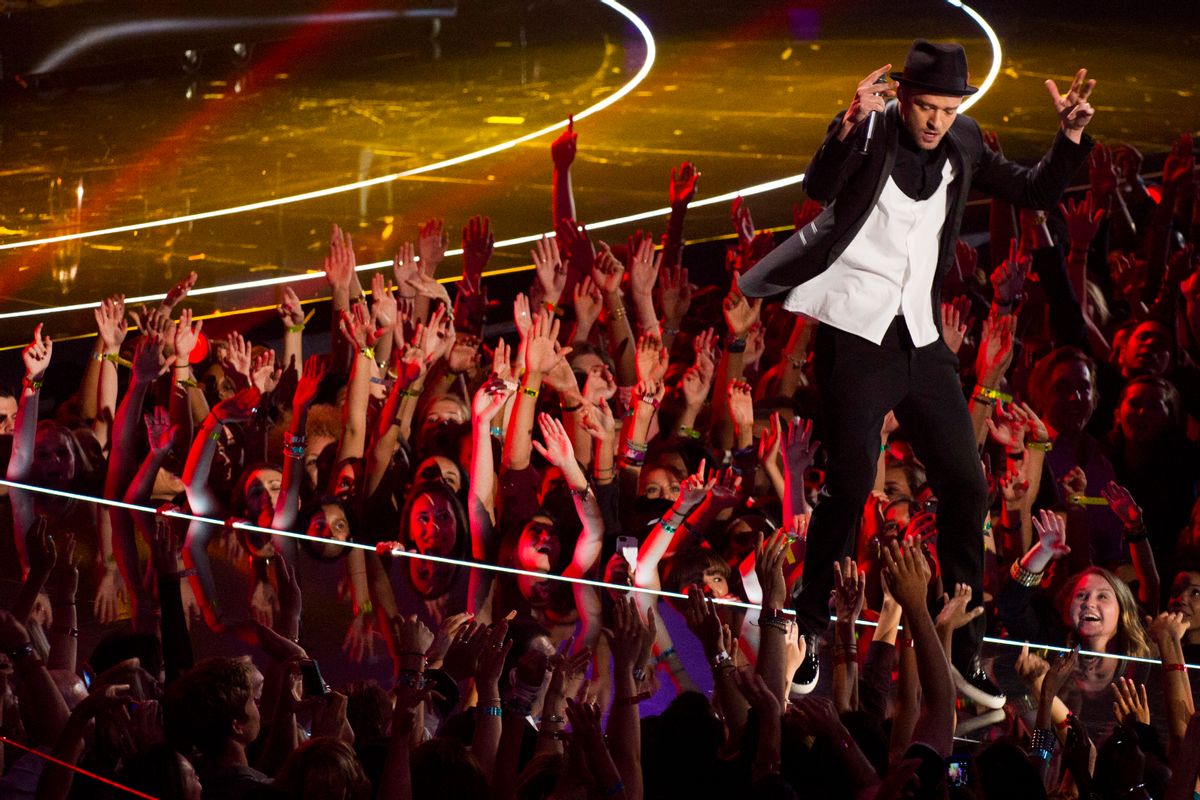 Well, there was no Daft Punk at Sunday nights's MTV Video Music Awards, but if you weren't expecting much, then the event didn't disappoint. (Some) fans were placated by an 'NSYNC reunion, Lady Gaga's brand of weirdness and the spectacle known as Miley Cyrus' tongue. Here are some of the highlights:

And last but not least -- One Direction was booed after winning Best Song of the Summer, and Taylor Swift, who previously dated band member Harry Styles, was caught saying "Shut the fuck up" during their speech: