They can't shut the government down. And Obamacare is safe. So the GOP has its eyes on a different horrible result 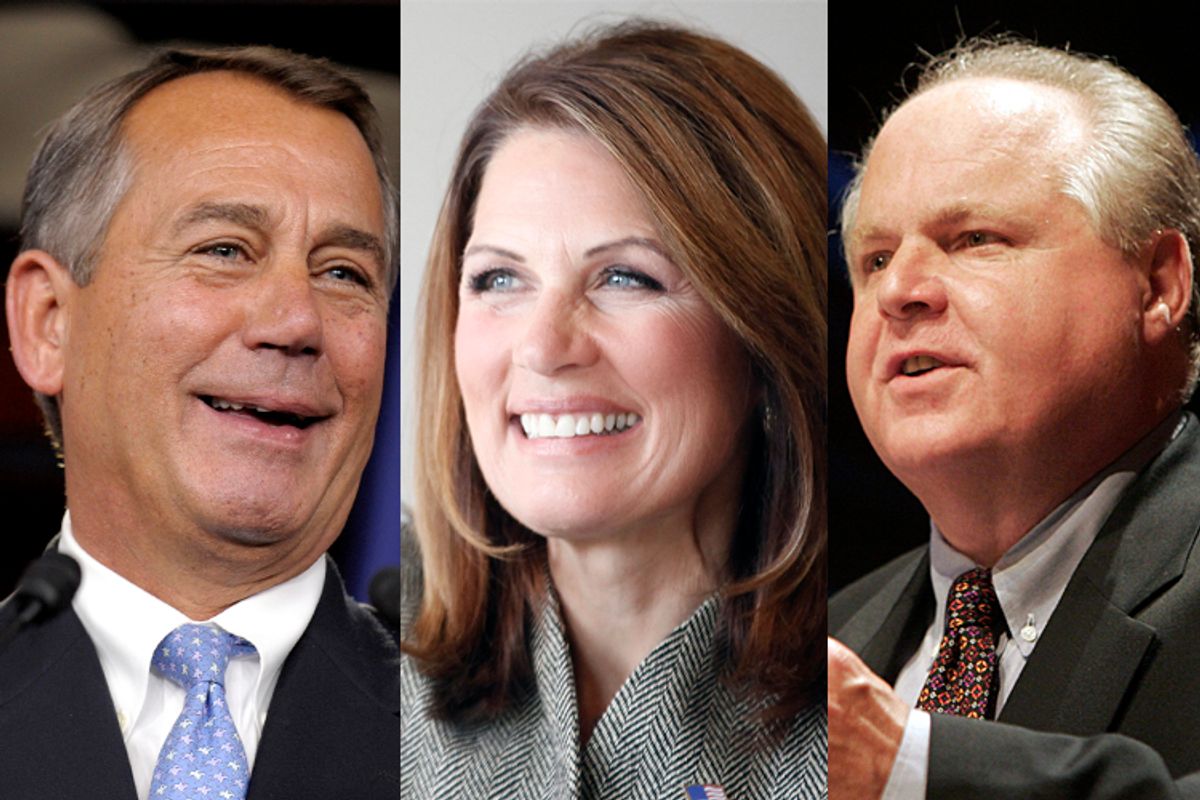 The good news is Republicans aren't going to shut down the government, let alone allow the country to default on the national debt, later this year. The bad news is that probably means we're stuck with sequestration for the foreseeable future.

That's not to say an equitable or even tolerable alternative to sequestration was ever at hand. But even if it had been, the coming budget fights would make it more difficult for such a plan to clear Congress.

Sequestration has always been a tough problem. Democrats hate what it's doing to investments across the government, particularly its indiscriminate cuts to programs for the poor and medical research funds. Republicans don't like it much either. But most of them, including party leaders, are unwilling to consider a replacement that includes even a penny of revenue collected by tightening or closing tax loopholes benefiting top earners. That, and it's also kind of a trophy for them -- a totem they can point to when the tribe becomes depressed to remind of the time they really stuck it to President Obama.

That totemic significance is about to grow and as it grows it will make the task of rescinding the sequestration order more difficult.

House Speaker John Boehner can't promise his members they'll extract any meaningful concessions from Obama in the upcoming government funding and debt limit fights. He particularly can't yield to conservative demands that he exploit the deadlines to gut Obamacare. That's the concession they're least likely to achieve.

If you're a House backbencher, that's disappointing news. Infuriating even. Boehner knows he has to mollify them. Give them something consoling, so they can convince themselves they didn't get completely rolled. Sequestration in perpetuity is that consolation prize.

"When we return, our intent is to move quickly on a short-term continuing resolution that keeps the government running and maintains current sequester spending levels," Boehner told his members during a Thursday conference call. "Our message will remain clear: Until the president agrees to better cuts and reforms that help grow the economy and put us on path to a balanced budget, his sequester — the sequester he himself proposed, insisted on, and signed into law — stays in place."

That won't constitute a new concession from Obama so much as an ongoing one. But if forcing Obama to choose between the House GOP's government spending plan and quasi-permanent sequestration is the party's victory badge in the budget wars, they're going to be loath to give it up in a negotiated settlement.

But if Boehner can palliate scores of House Republicans itching for a fight over Obamacare by gold-plating their victory in the fight over sequestration, he can't easily betray them just weeks later by letting Obama off the hook that easily. Even if the reprieve is temporary, it will still be welcome relief for liberals, and Republicans rightly suspect it'll be harder than it appears to let sequestration resume in two years after it's been shut off for a couple of years.

That's why some House Republicans are suggesting that the money for paying down sequestration should come exclusively from cuts to Obamacare, Medicare, Social Security or some combination thereof. As I've noted previously, though, even during the most cave-tastic period of his presidency, after the 2010 midterms, Obama wasn't willing to put his healthcare law on the table in any substantial way. Similarly, he's always insisted that any budget deal contain a fair ratio of spending cuts to new revenue. Do Republicans really think he'll be more willing to redraw those bright lines after winning reelection?

So Obamacare is safe, government operations won't grind to a halt next month, Congress will uphold the full faith and credit of the United States. But the price for all that -- the price, you might say, for avoiding unnecessary and uncalled for mischief -- is that House Republicans will make a bipartisan solution to sequestration all but impossible.