Chaos at a Chinese roach farm 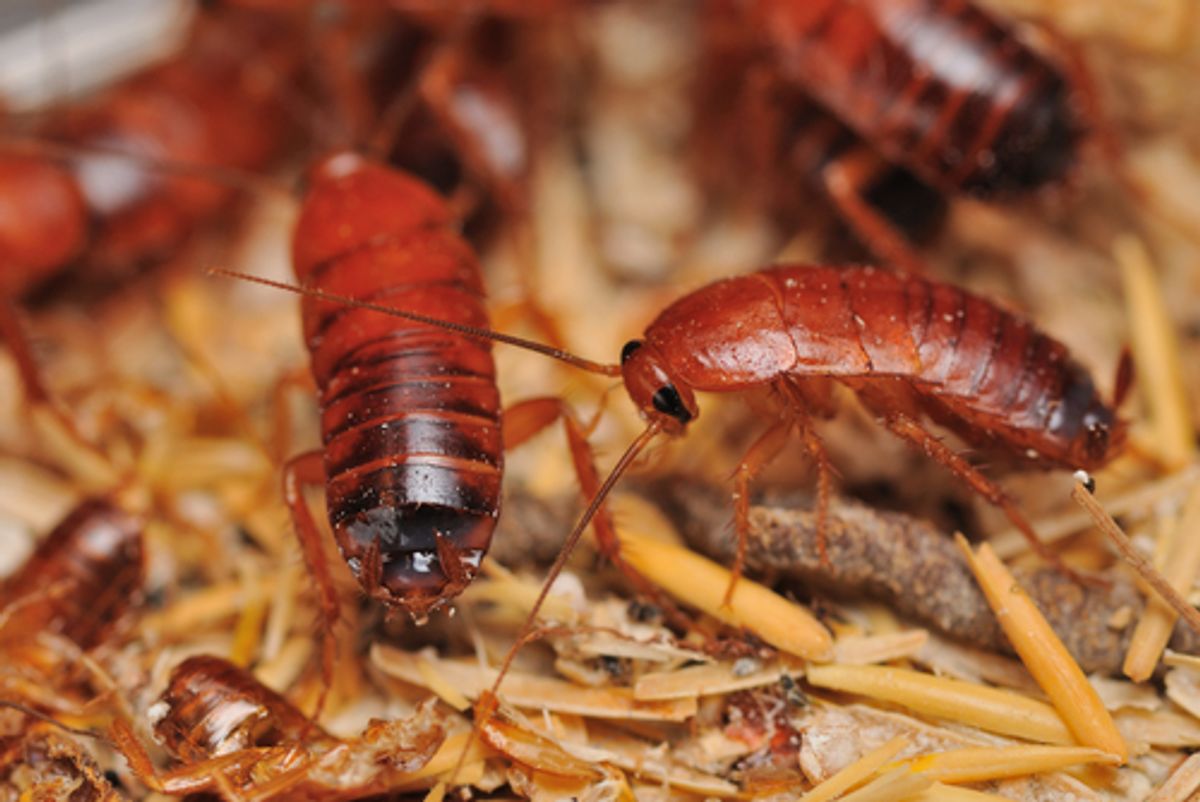 Things went horribly, horribly awry at a cockroach farm in Dafeng, China, earlier this month, when a vandal destroyed a greenhouse containing over 1 and a half million of the insects. According to Discovery News, the roaches have invaded cornfields, and five investigators from the Jiangsu Board of Health have been sent to the area to figure out what to do next.

The cockroaches were being raised as part of a business venture. "The cockroach is generally considered a pest," Discovery News reports, "but believers in traditional Chinese medicine -- which uses both plants and animals, including endangered species -- say extracts from it can treat diseases including cancer, reduce inflammation and improve immunity."

Farmer Wang Pengsheng had invested 100,000 yuan ($16,000) in the eggs and was raising his bugs on a diet of "fruit and biscuits." While the escape is bad news for him and his neighbors, Smithsonian Mag points out, roaches are still a better alternative to the rhinos, tigers and bears that are sometimes poached for use in traditional Chinese medicine.