Why your mind keeps wandering 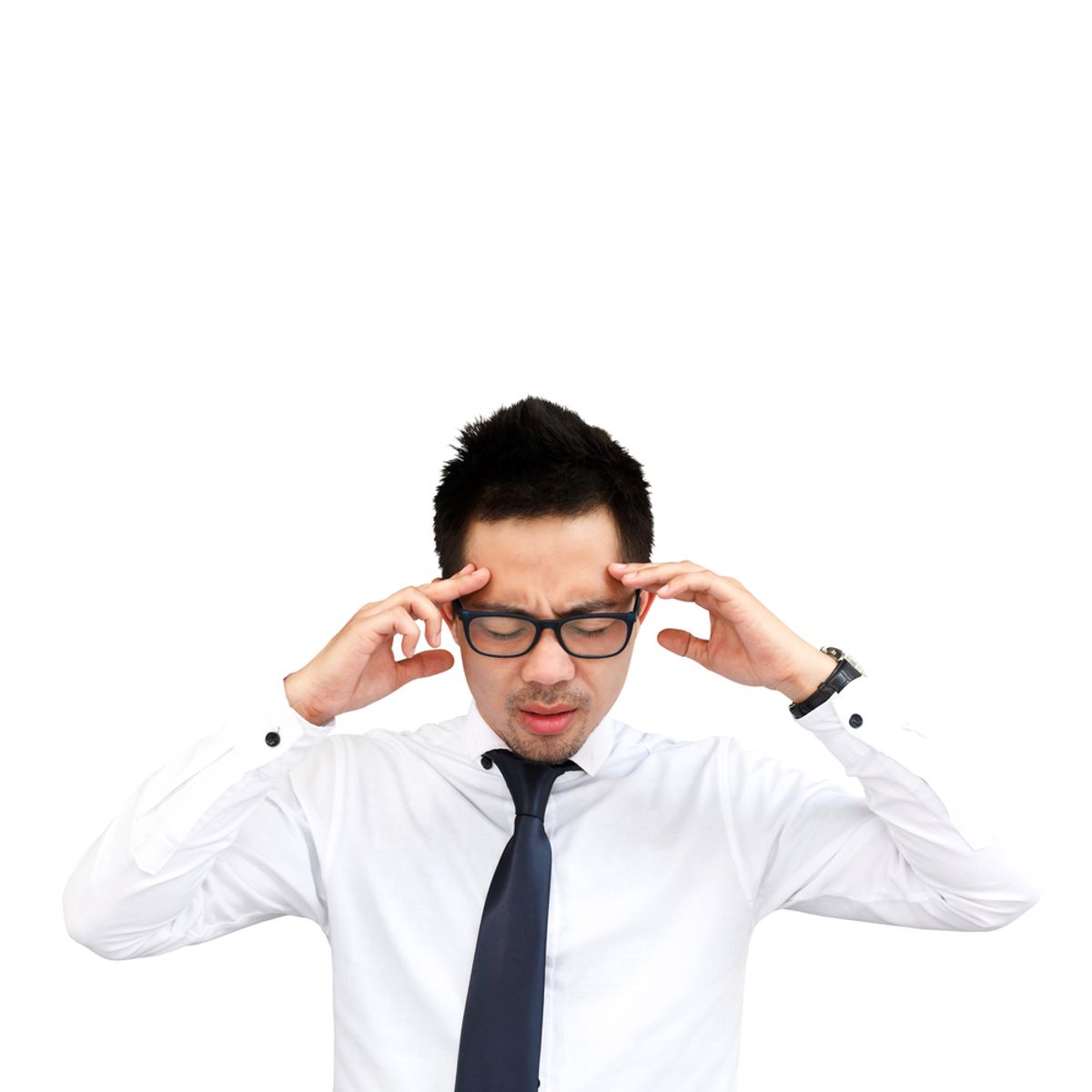 Try this: Count your exhalations––1, 2, 3––all the way to 10. See if you can get to 10 without thinking about lunch or laundry or deadlines or dates.

Unless you've trained your attention, it'll probably start to wander––which, new research into the brain suggests, begins at a physical level.

"Your neurons can fire for a while with the energy they have in them, but not for long: After a dozen seconds, each needs more energy," research psychologist Peter Killeen tells Fast Company.

Everybody has a little ADHD.

After those first dozen seconds, ever–hungry neurons order up stored–up energy. If they don't get the glucose or lactate they need––two of their favorite fuels––they'll fire more slowly.

If your brain doesn't have enough energy available, you'll have a worse shot at keeping track of those breaths. You'll experience a deficit in your attention.

Which is fitting, given that KIlleen's insights spring from his studies in attention deficit disorder. According to his and his colleagues' research, people with and without ADHD have attentional behavior that's different in degree, not in kind. It's a spectrum, similar to how hetero– and homo–sexuality or introversion or extroversion lie along gradients.

In this way, everybody has at least a little ADHD.

It's sort of like your brain is a super–excited third–grade classroom: The star student––that is, whatever you're trying to focus on––will get most of your attention.

"You put anybody on one of these kid's tests (for ADHD) and everybody's performance gets worse over time (on a given task)," he explains. "We're better able to pull up the neuroenergy and they're not."

The way it works

The technical name for KIlleen and his colleagues' framework is the Neuroenergetic Theory.

If we grossly simplify the process, it looks like this:

If your neurons can't find lactate or glycogen, they get exhausted––enabling other parts of your brain to call for attention. It's sort of like your brain is a super–excited third–grade classroom: The star student––that is, whatever you're trying to focus on––will get most of your attention. And if the star student got enough to eat and enough rest, it can be called on periodically throughout the day. If not, other excitable parts of your brain will get your attention. Then your mind will start to wander.

How to work with the wandering

If you've ever tried mindfulness meditation––and you have by now, given our opening paragraph––this news won't be entirely surprising. Our minds tend to wander (and a wandering mind can be dangerous––like if you're contemplating your way in a moving car. The key, as Killeen explains, is to cooperate with mental movements.

One of the first keys, he says, is to recognize that you have a finite attentional window––and structure your workflow to be congruent with that capacity. This speaks to how we've talked about how work is a series of sprints––and to be our most productive and most creative, we need to unplug throughout our workdays.

"A lot of successful ADHD people and successful people in general recognize that, 'I can't pay attention to this any longer or do it at that rate," he says. "I'll switch to this other task right now and get a fresh start. Then I'll get back to this as soon as I've given my brain a rest."

Additionally, Killeen notes, you can look at the same problem in a different way: if you're attacking a problem, try flanking it with an analogy. What if the problem were a painting? A cloud? What associations can you make? That free association, as we've learned from Stanford professor Tina Seelig, is a catalyst of innovation.

But a wandering attention can be a good thing too

Say you're toiling away at a logical task and start to get worn down. Instead of toughing it out, step away and start thinking in nontraditional ways: What if the problem were a chipmunk? What if it were a cloud? Let your mind wander and analogize, Killeen says––so long as you're not walking down the sidewalk and about to step in front of a car.

"It's a way of being creative," he says. "It's a way of giving the linear programming, engineering, hard–core good stuff of the brain a break."