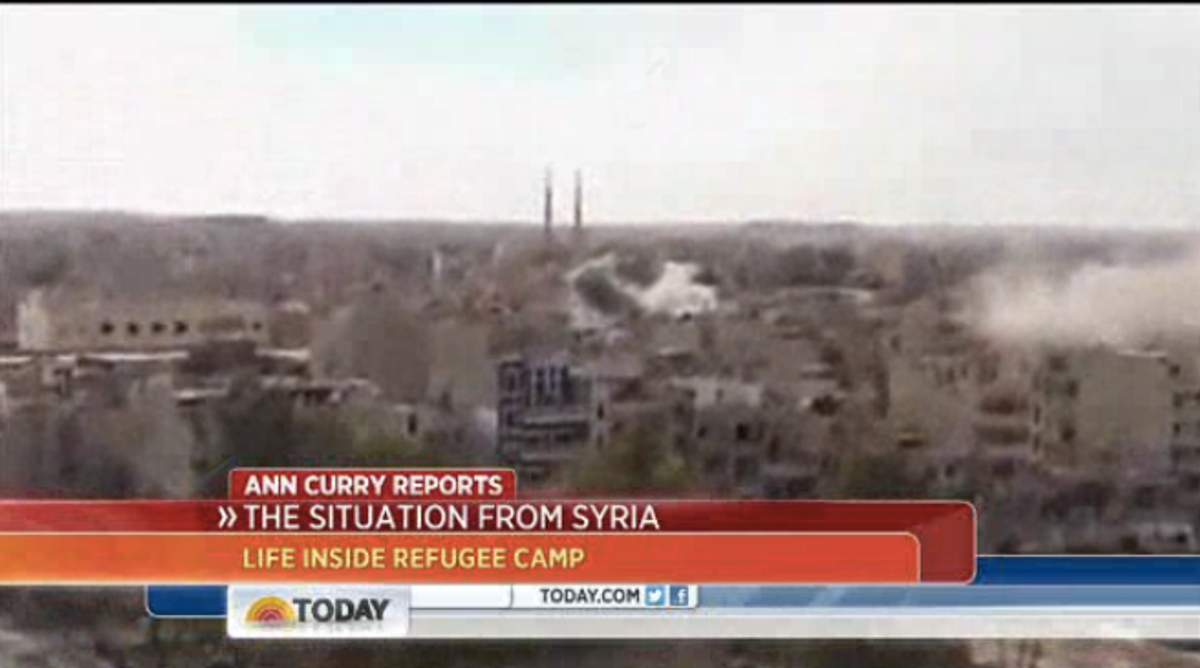 This morning, "Today's" Ann Curry reported from Syria, a day after Secretary of State John Kerry announced that Syria's use of chemical weapons on its own people was "undeniable." As the U.S. evaluates intervention options, Curry visited one of the nation's several refugee camps, which are meant to house the nearly 2 million people who have been displaced amid the violence in the country.