“Really. It’s that kind of vicious stuff, which would be the equivalent of murder,” Robertson said 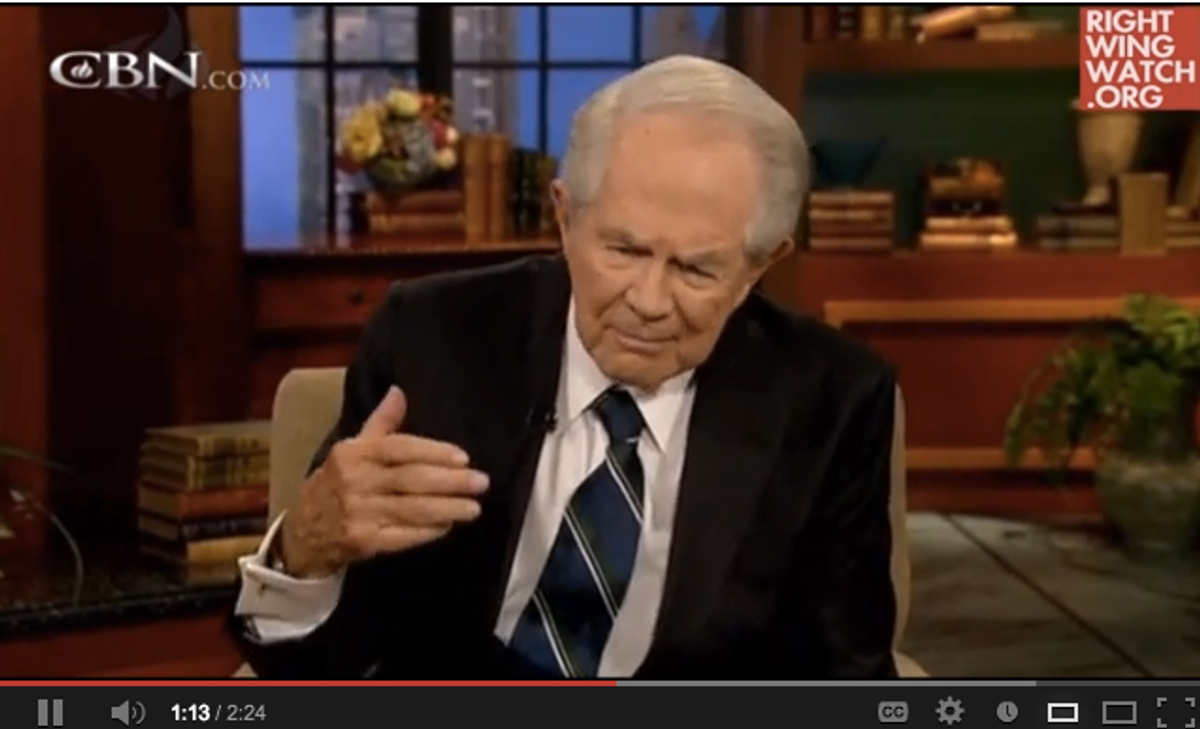 Pat Robertson believes that there are "vicious" gay men in cities like San Francisco who wear "special rings" to "cut your finger" and give you "the stuff," which some people call HIV/AIDS.

"You know what they do in San Francisco, some in the gay community there they want to get people so if they got the stuff they’ll have a ring, you shake hands, and the ring’s got a little thing where you cut your finger,” Robertson said. “Really. It’s that kind of vicious stuff, which would be the equivalent of murder.”

The whole clip, from the question from the "700 Club" viewer to Robertson's rambling response, is ignorant and hateful, per Robertson usual.

The comment was so patently false and odious (even by Robertson standards) that the Christian Broadcasting Network cut it out of the program before it aired, but you can watch the full clip here: