Created by British orthopedic specialists, this 3D scan of a foot will make you think twice about wearing stilettos 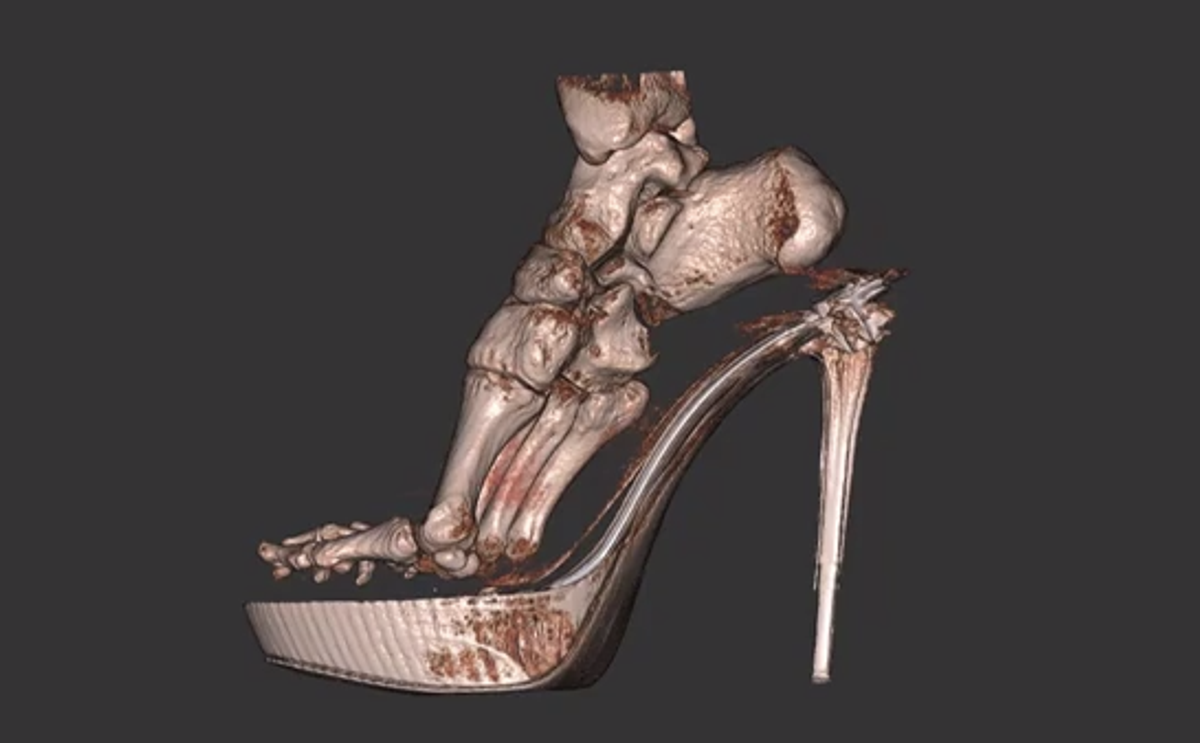 Bad news for clubgoers and upscale shoe fetishists: those gravity-defying Louboutins in your closet are causing irreversible damage to your ankle and foot, says a team of British orthopedic specialists.

Using revolutionary 3D scanning technology, researchers at North London's Royal National Orthopaedic Hospital have created an image of a contorted, misshapen female foot in a high-heeled shoe. For the first time ever, the animation, which was compiled from hundreds of 2D scans of patients' feet, allows doctors to see the effects of wearing high heels "in real time," providing irrefutable evidence of the long-term damage caused by wearing such shoes.

In a press release for the study, consulting orthopedic surgeon Andy Goldberg says that instead of looking at isolated X-rays of a foot and ankle from one angle, the PEDCat 3D scanner lets doctors see how the foot and ankle function inside shoes "fully weight bearing." "This will help us treat patients earlier to prevent long term problems, and influence the design of new and better footwear in the future," says Goldberg.

In the above animation, Goldberg further explains the grisly effects of prolonged high heel-wearing on the feet, including intense pain and "fixed clawing of the toes" (which is like elf feet, but in reverse). "For many years," Goldberg adds "our feet have had to fit into someone else's ideas of someone else's ideas of our shoes rather than making shoes to fit our feet, and that paradigm has to change." Food for thought next time you're shopping for heels that the TSA would classify as lethal weapons.