The "dematerialization" of society in the digital age 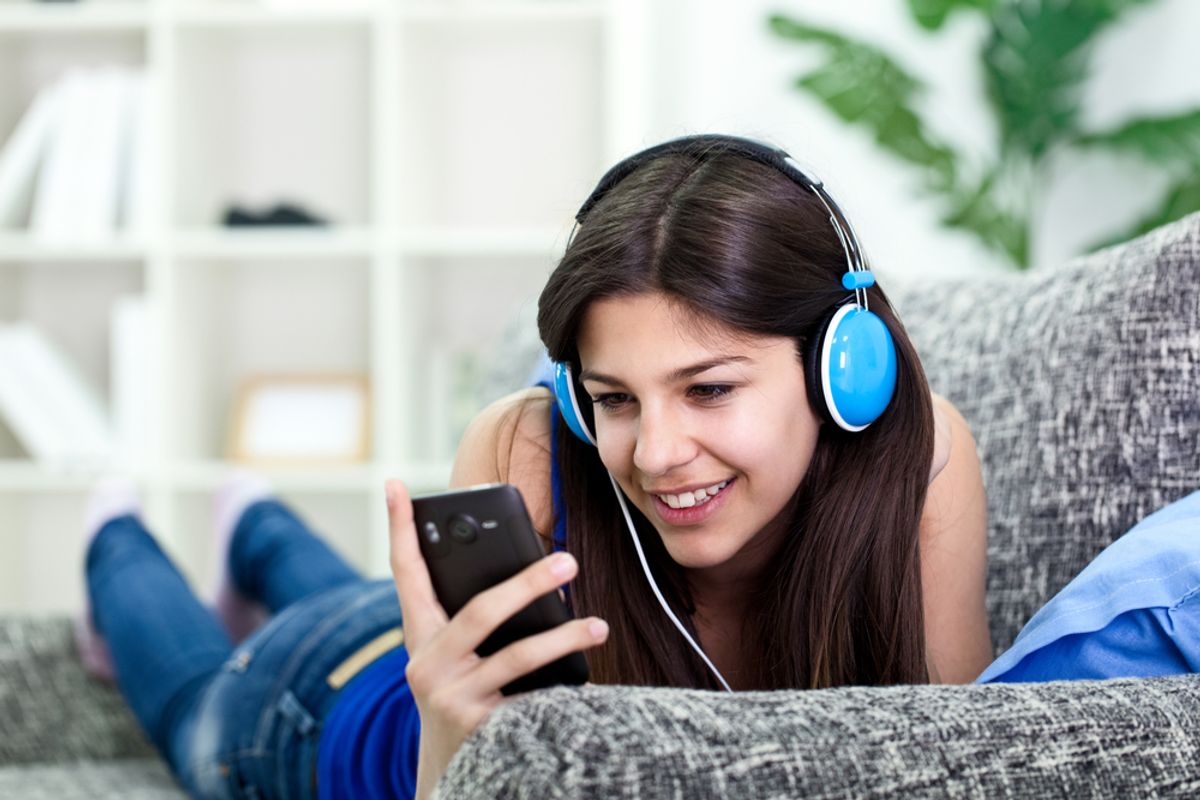 A quarter century ago, Russell Belk introduced the concept of the extended self in

a paper published in the Journal of Consumer Research and cited thousands of times since. The term was an attempt at explaining why "knowingly or unknowingly, intentionally or unintentionally, we regard our possessions as part of ourselves."

Possessions were one of the many ways we constructed an extended self, Belk argued. Of course, it wasn't exactly a new idea. In positing the concept, he referenced many academic and literary sources, including William James, who once wrote: "A man's self is the sum total of all that he can call his."

It was 1988. Teenage girls were flocking to local malls buying audio cassettes by the millions, catapulting George Michael's first solo album "Faith" to the top of the charts. As it had been for decades, many a first purchase––with real money––was being made inside the now defunct music stores Sam Goody and Camelot.

For decades, this common rite of passage into the adult world of commerce required the actual physical possession of the commodity. The object of desire sheathed in a protective layer of plastic needed unwrapping. There was the matter of storing and organizing one's good taste in orderly rows for others to see. A single technological stage earlier, teenagers were holding lustrous vinyl instead.

Today, this formative act of consumption no longer requires we physically possess an object. Music, along with photos, videos, even our written words are "largely invisible and immaterial until we choose to call them forth," Belk, now a professor of marketing at York University, writes in an update to his ideas on the extended self in Extended Self in a Digital World, published this May.

Our digital age has ushered in five changes to the extended self, most interesting among them "dematerialization."

"Things are disappearing right before our eyes," Belk writes. Our music "has come to reside somewhere inside our digital storage devices or on servers whose location we will never know." In other words, digital natives are growing up in a world where many of their possessions aren't actually physically possessed.

I mention Belk's take on "dematerialization" because it relates to a curious finding about how young people view ownership and the act of consumption in general. In a radical departure from previous generations, young people did not rank "instant ownership" as the most appealing feature of shopping, even though boomers and gen–X consumers did by an overwhelming margin, according to a recent quantitative survey of 1,700 consumers. Instead, young people ranked the "unlimited options" that online shopping affords as the most appealing aspect of buying. This research seems to suggest the instant gratification of "instant ownership" isn't what young people value most today––a shift that shapes how, why, and where they prefer to buy things.

And no wonder, it's not the kind of world they grew up in. No matter the geographic or cultural limitations inherited, almost anything they want can be found and bought online, when and where they want it. This shift has potentially dramatic implications for the role of the physical store. After all, older generations grew up in a marketplace where options were curtailed, limited by the cultural and commercial milieu they inherited, restricted to the offerings at the local mall or Main Street commercial district. There was urgency to getting something now. The emotional reward of physically possessing something carried great resonance. It was the easiest way to construct an extended self.

Young people today are more likely to mediate identity through the perpetual feedback loop of social media and online personae, though. At the moment of decision, this immediate feedback offers a way to mediate more than simply a purchase; one's sense of self within a community of peers is also at stake.

What does this mean for the future of our consumer culture? Can we still define so–called millennials as materialistic? This is a generation ushering in the "sharing economy," and transforming philanthropy with "crowdfunding." Could this be the generation that radically alters the very meaning of ownership?

The findings seem to suggest a fundamental change in the way young people view material possessions and approach consumption. It's a shift with potentially massive implications for retailers. If the pleasures of "instant ownership" are waning and the allure of "unlimited options" wins out, are we about to enter a permanent era of retail rationalization?

Unbridled mall–based consumption––the kind that defined the boomer and gen–X generations––is unlikely to be as acceptable to twentysomethings. Some studies even suggest millennials might end up as frugal as their grandparents. Perhaps this explains, in part, why they spend more time shopping, especially with friends, but don't actually buy as much inside the store.

Maybe knowing you can get something if you want it is more important than actually possessing it. Other research suggests this shift could benefit young people in the end, considering materialistic consumers derive more pleasure from desiring products than they do from actually owning them.