This summer's mosquito epidemics are brought to you by climate change

Hot, rainy weather has led to infestations in the U.S. and a dengue fever epidemic in Central America 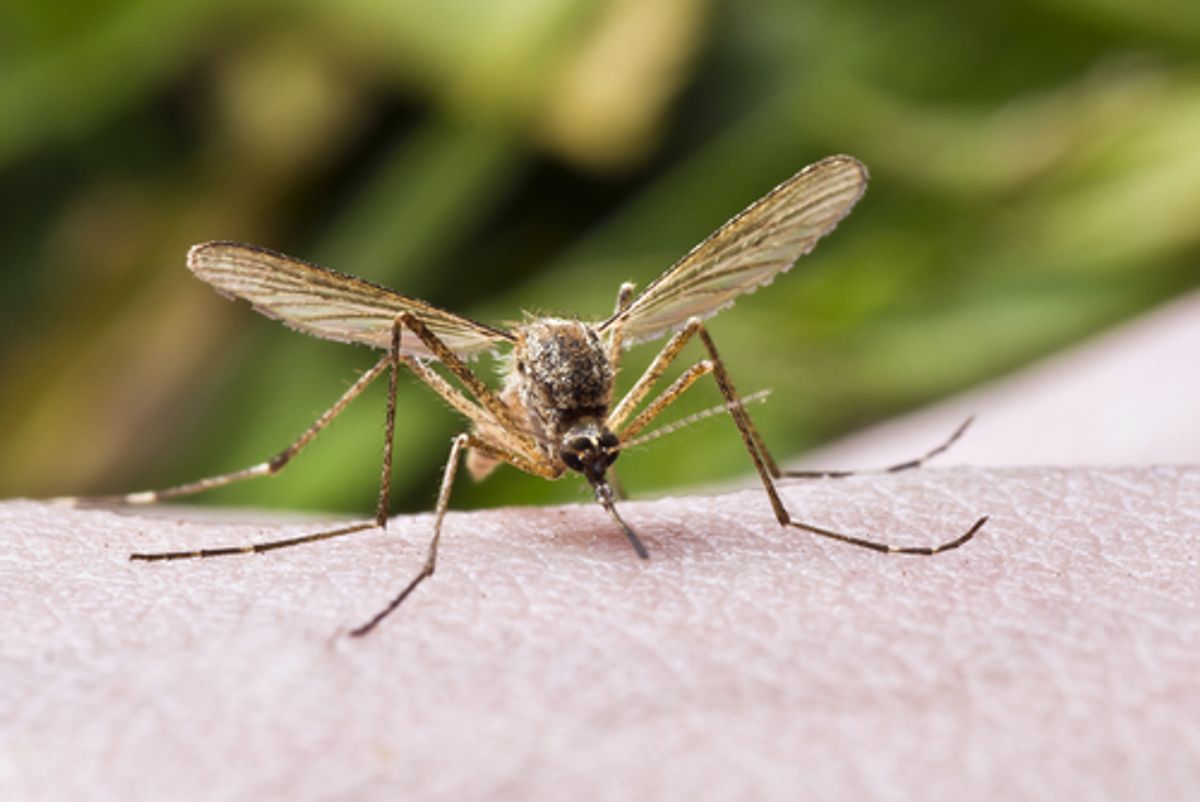 This summer, Central America has seen 120,000 cases of dengue fever, and so far, 60 deaths. A heavy rainy season, combined with excessive heat, are making conditions particularly favorable for the mosquito that carries the disease, are set to continue into November. As a result, according to the Pan American Health Organization, the epidemic still has the potential to "explode."

Mosquito season has been worse this summer in parts of North America, too. In the Southeast U.S., according to a University of Florida scientist, two years of drought prevented mosquito eggs from getting wet enough to hatch. This year's heavy rain "revived" those, and along with the hot weather mean more mosquitoes are hatching than usual. The Associated Press reported that the mosquitoes are quickly becoming resistant to chemical pesticides, and communities may soon run out of weapons. Tom Wilmot, past president of the Mosquito Control Association and a Michigan mosquito control district chief, said, "We have to keep fighting just to hold our own."

Climate change, experts say, will continue to help mosquito populations grow. A blog post at the Public Library of Science describes a study documenting the spread of one particular breed, the Asian tiger mosquito:

Changes in the climate—milder winters, wetter and earlier springs, and greener environments because of more rainfall—have enabled the Aedes albopictius to breed faster, increase in numbers and expand their range into newly warming ecosystems.  In the quarter century since their arrival here, the bugs have invaded 36 states, and have gradually migrated eastward throughout the south and eastern U.S., with a slow but steady northward expansion until they established a beach head on Long Island in New York in 2004.  But researchers say the mosquito populations didn’t really take off until five years later, in 2009, and by the following year, they had a firm foothold in Suffolk County.

By documenting the mosquitoes' population growth, the researchers aren't just able to monitor infestations and track the diseases they spread, which include dengue fever along with "West Nile fever...yellow fever, two types of encephalitis and chikungunya, a particularly nasty infection that is endemic in Southeast Asia." Their data, they say, also provides a clear way of measuring the effects of climate change.

And as climate change is expected to worsen, so too is the mosquito problem. The researchers predict that the land area covered by the Asian tiger mosquito will increase from 5 to 16 percent in the next two decades. As winter temperatures rise, they'll cover almost half of the Northeast by the end of the century. If your outside doesn't seem particularly buggy at the moment, that could soon change:

Right now, about one-third of the total population of 55 million people in the northeastern U.S. live in areas where the tiny insect has taken up residence, but that number is projected to double, to 60%, by the end of the century, when the mosquito is expected to infest all the major cities on the Atlantic Coast, making over 30 million people who live in these areas vulnerable to locally acquired infections.

West Nile Virus, which set a record of 286 U.S. deaths last summer, has been milder this season. And none of the diseases spread by the Asian tiger mosquito have taken off in the Southeast, although, as one researcher said "that could just be a matter of luck and it may need just the right set of circumstances.” But getting back to Central America, where a different breed of mosquito is spreading dengue, those circumstances are already in place. In July, Honduras, El Salvador and Costa Rica declared health emergencies; Honduras, hit hardest, appealed to the International Red Cross for help. The Guardian reports that impoverished conditions in the suburbs of major cities -- a combination of poor housing, lack of a main water supply, and the accumulation of trash -- have been helping mosquito populations to grow, and dengue to become an epidemic.