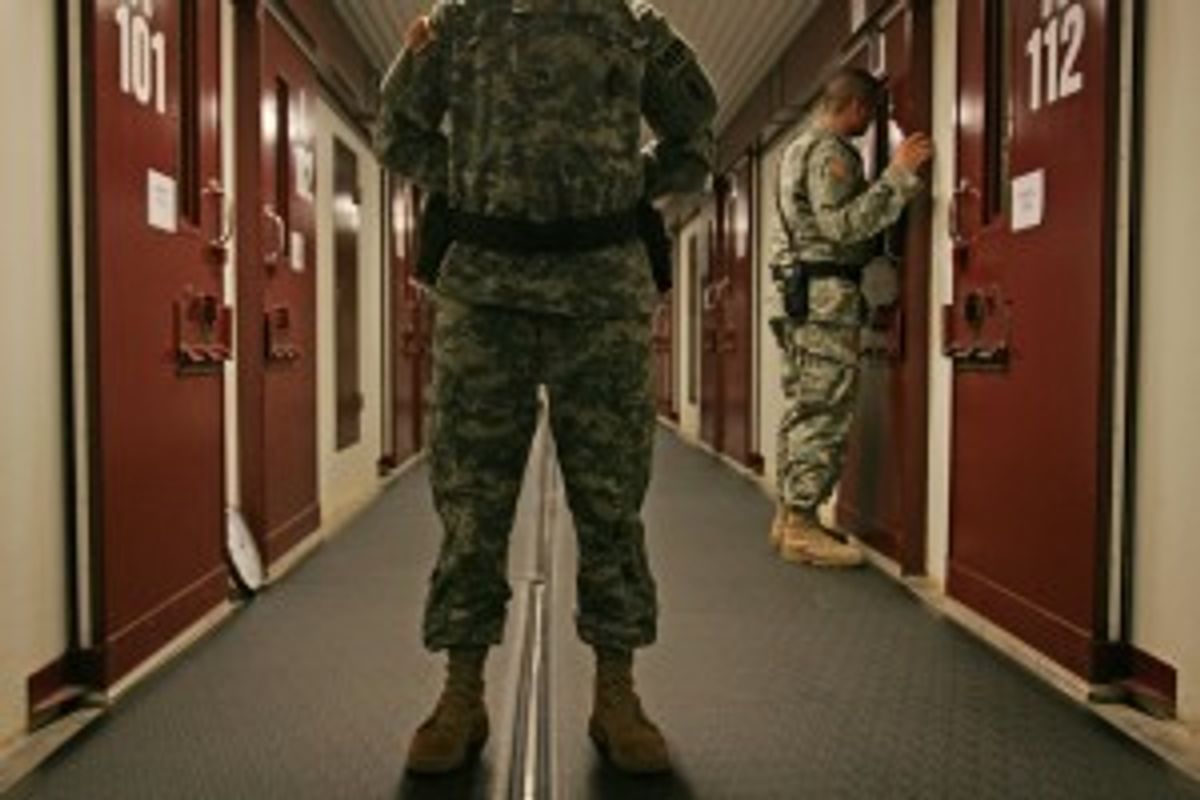 Young soldiers at Guantanamo Bay would have been in grade school when the 9/11 attacks occurred. But the government is making sure the terrorist attacks are fresh in their minds.

The FBI now holds briefings for military personnel stationed at Guantanamo about the attacks and their connection to the island prison. Five detainees are currently being tried for their role in plotting 9/11. There are 161 other prisoners there too, about half of whom have been cleared for transfer.

The presentation includes details about the hijackings, videos of the World Trade Center, and recordings of 9-1-1 calls from the towers.

We received eight pages of the FBI’s 17-slide PowerPoint presentation after filing a Freedom of Information Act request. We filed the request after a Huffington Post report cited the briefings, saying they “left many participants in tears.”

The audio and video clips used in the lessons were originally exhibits from the prosecution of Zacarias Moussaoui, currently serving a life sentence in federal prison in Colorado for his role in the attacks. (The clips are stored at a court website, which advises listener discretion.)

Spokespeople for the FBI and the military at Guantanamo did not respond to requests for more details about the briefings, so it’s not clear how often they are given, or when they started. The released slides also don’t show anything about current detainees, so we don’t know how the FBI relates them to 9/11.