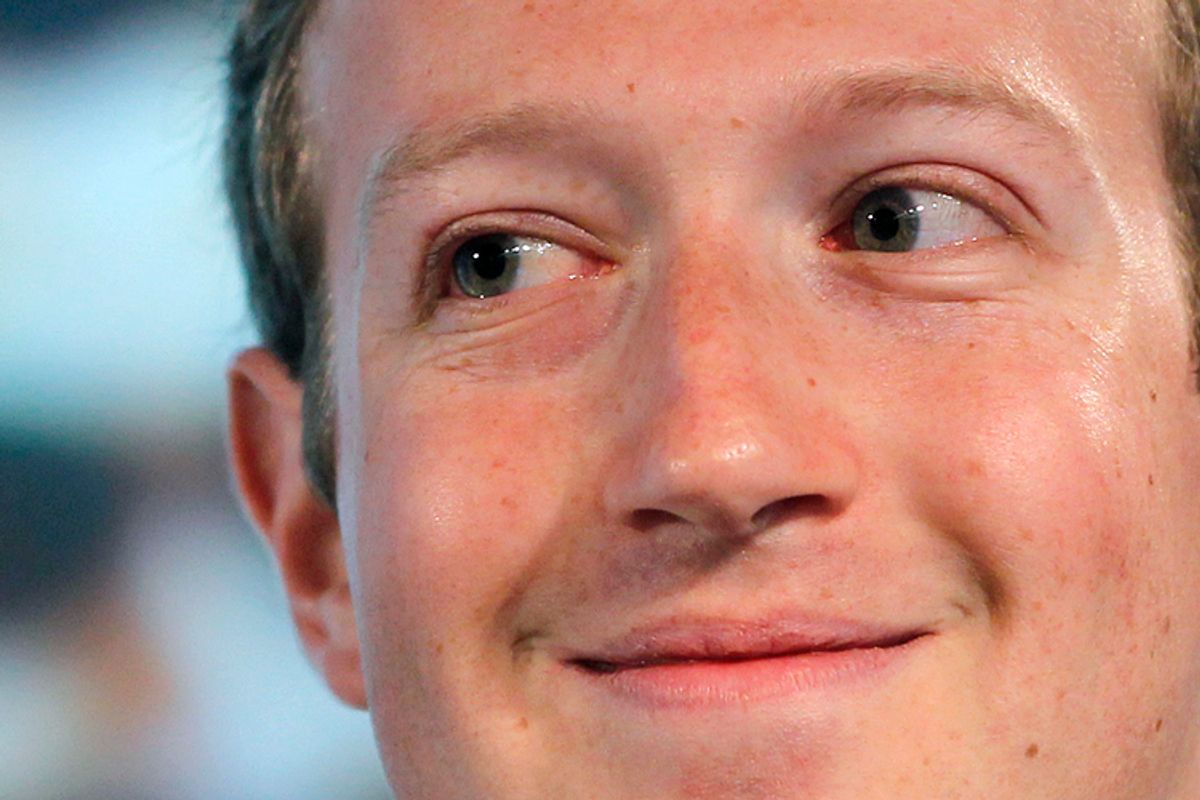 On Monday, Facebook’s stock price hit an all time high, finally breaching its public offering opening mark. At All Things D, Peter Kafka explains the Wall Street love: Facebook has engineered stunning growth in mobile ad revenue. According to a new report from eMarketer, “Facebook is now on pace to control 16 percent of the mobile ad market this year.” (In July, CEO Mark Zuckerberg reported that mobile accounted for 41 percent of Facebook’s quarterly advertising revenue.)

To put those numbers in perspective, consider this: Google, according to eMarketer, gobbles up over 50 percent of mobile ads. Then comes Facebook, at 16 percent. After that, a precipitous drop down to Pandora, at a little over 2 percent. So the mobile ad market is completely dominated by Google and Facebook, with Facebook charging ahead while Google holds even. No wonder Wall Street is happy.

I, however, am perplexed. Back in May, I ranted about about how Facebook wouldn’t allow me to turn off the sleazy online dating ads that were besieging my iPhone. The post struck a nerve – to this day, if you Google the words “Facebook is blowing it,” my story will be the first result returned.

Within hours, Facebook’s publicity department informed me that the next version of the app would include better controls over ads. And yes, when I upgraded, I found that I could hide specific ads on mobile Facebook.

The mystery, however, is that for the last couple of months I have not seen a single ad of any kind on Facebook mobile. On the one hand, this is awesome. Facebook’s algorithm has figured out I don’t want ads and is respecting my desires. I can offer nothing but praise for this percipience. (Although now that I haven't seen mate1.com's large-breasted zombie stalker from hell for months, I kind of miss her.)

But at the same time, I am finding my experience a little hard to square with Facebook’s surging mobile revenue. If a week or so of clicking “hide this ad” convinced Facebook’s algorithm to never show me another ad again, what’s to stop everyone else from repeating my example?

I’m curious as to what other people are experiencing. Let me know in the comments if you are seeing ads on mobile Facebook (and tell me whether you are Android or iOS, and up-to-date on the latest app upgrade).