Fukushima's operator may have lied about the leak's severity

Regulators upgraded the incident to a Level 3 ... then immediately second-guessed the decision 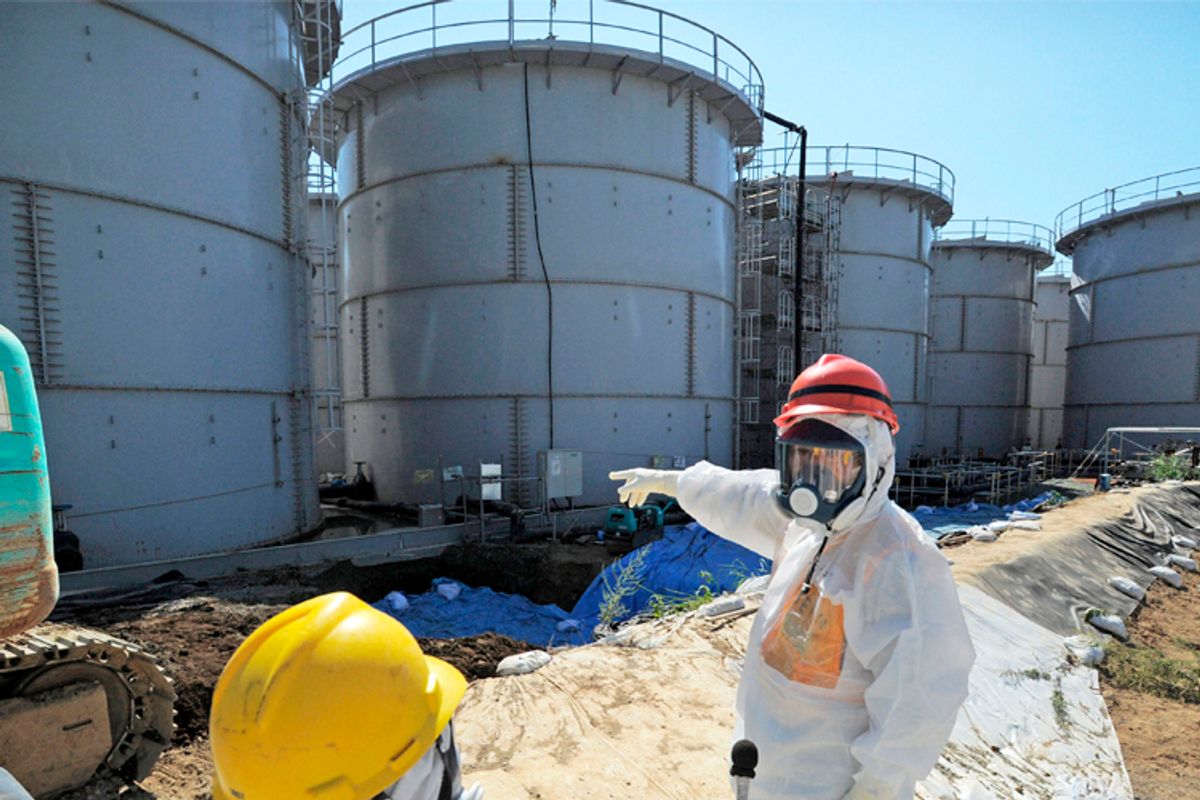 Things are continuing to go wrong at Fukushima's crippled nuclear plant, but no one's quite sure how wrong. With Tokyo Electric Power Co. (Tepco) unable to stem the leak from one of the storage tanks containing that water, the Japan Nuclear Regulation Authority upgraded the situation Wednesday from Level 1 (an "anomaly") to Level 3 (a "serious incident").

The NRA made the decision after consulting with the International Atomic Energy Agency. But hours after doing so, Shunichi Tanaka, the NRA's chairman, told reporters that Tepco may have been overstating the extent of the problem, and that they were considering downgrading the severity rating. "What's important is not the number itself but to give a basic idea about the extent of the problem," said Tanaka.

According to Bloomberg, it's unclear that 300 tons of contaminated water have escaped the storage container, as was previously reported. Basically, no one's sure whether they can trust what Tepco's saying:

The loss was based on an assumption that the tank had been full before the leak, which Tepco said today may have begun last month, Tanaka said. That assumption may not have been reliable, since there was no gauge measuring the individual tank’s water level, he said.

“We have no idea whether it’s actually 300 tons that leaked,” he said.

The agency may reconsider its INES ranking should further studies show different results than those provided by Tepco, Tanaka said.

The assessment that bumped the rating to a Level 3, the AP reports, was also blamed on Tepco:

On Wednesday, regulatory officials said Tepco has repeatedly ignored their instructions to improve their patrolling procedures to reduce the risk of overlooking leakages. They said Tepco lacked expertise and also underestimated potential impact of the leak because underground water is shallower around the tank than the company initially told regulators.

"Their instructions, written or verbal, have never been observed," Toyoshi Fuketa, a regulatory commissioner, said at the agency's weekly meeting Wednesday.

Tepco acknowledged recently that only two workers were assigned to check all 1,000 storage tanks at the plant during their twice-daily, two-hour walk without carrying dosimeters, and their inspection results were not adequately recorded. Tepco said it will increase patrolling staff to 50 from the current eight.

Regardless of what number regulators arrive at, the warnings won't affect the cleanup effort, and are rather a way of keeping the international community informed. But Tanaka said it was wrong to describe the situation as "dire," and called for efforts to be focused instead on the contaminated groundwater that's still making its way toward the Pacific Ocean.

Meanwhile, a Japanese governor and former senior official in the Ministry of Economy, Trade and Industry that oversees the energy sector, is calling for Tepco's liquidation, saying, "I feel very insecure about the fact that a company that cannot learn from its past mistakes would operate a nuclear power plant."