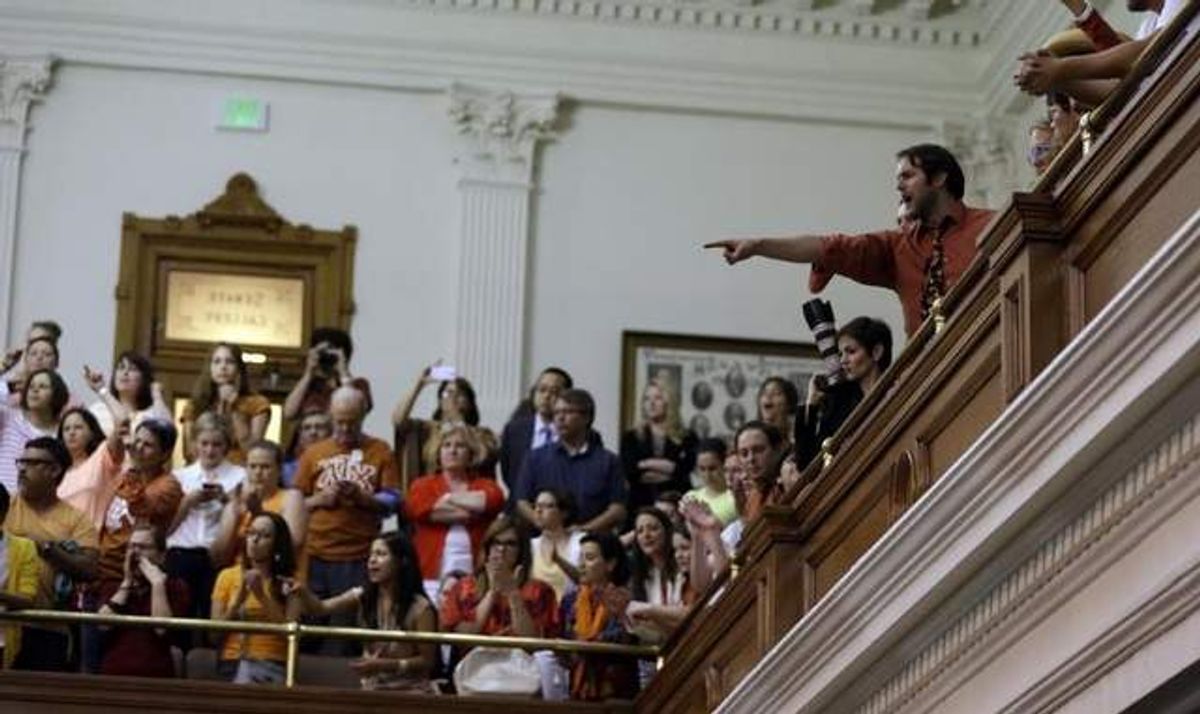 There was a minor, kind of disgusting subplot in the high-profile fight over Texas' strict new antiabortion law that made Wendy Davis a star: Pro-choice activists were accused of bringing jars of feces and urine into the state Capitol.

The Texas Department of Public safety said that it had confiscated "one jar suspected to contain urine [and] 18 jars suspected to contain feces," which naturally provoked the kind of schadenfreudish condemnation from the anti-choice right that can only be achieved when your political opponents are caught doing something distasteful.

Conservative blogs and tweeters assumed protesters were going to use the jars as scatological bombs against pro-life lawmakers and naturally flipped out. National Review called it "typically charming," Texas Republican Rep. Steve Stockman said it was "Texas Democrats [sic] idea of 'civility,'" while WND even claimed some activists were wearing diapers to resupply their ammunition.

Well, as it turns out, there was no poop in poop-gate. The AP reports today:

Texas Department of Public Safety documents show troopers seized no jars of urine or feces from Capitol visitors the day of debate of controversial abortion bill. That’s counter to a DPS statement issued the night of the July 12 debate and filibuster by Democratic state Sen. Wendy Davis.

The Texas DPS came under scrutiny for the statement, with pro-choice protesters saying they most certainly had not brought jars filled with toilet matter into the Capitol. DPS initially stood by the statement, but refused to release additional information.

Now they've released 144 pages of documents about the alleged incident, but as Texas Tribune reports, "the documents contain no official reports of the findings, and several DPS officers said they had not seen any of the suspected items." That despite the fact that the documents included photos of other items confiscated, such as non-poop-based acrylic paint.

In one email, DPS director Steve McCraw said he was frustrated with media coverage on the incident. “I’m tired of reading that we made this stuff up,” he wrote to officers. “Let’s get the photos we have to members and the media. Does anyone realistically believe we would fabricate evidence to support a political agenda. Amazing.”

Asked why those photos never materialized, DPS said they did not take photos but merely asked people to dispose of them, and said they were too busy. That explanation sounds pretty iffy.